Come on. There must be some here that like camping. During the day do some hiking, fishing, exploring and bike riding.Then my favorite part. Sitting around campfire cooking hot dogs and marshmallows. And of course some ice cold beers! It can be just the two of us like in the first pic or a bunch of us like in the second pic. Either way it is great fun! Anyone else like to camp? 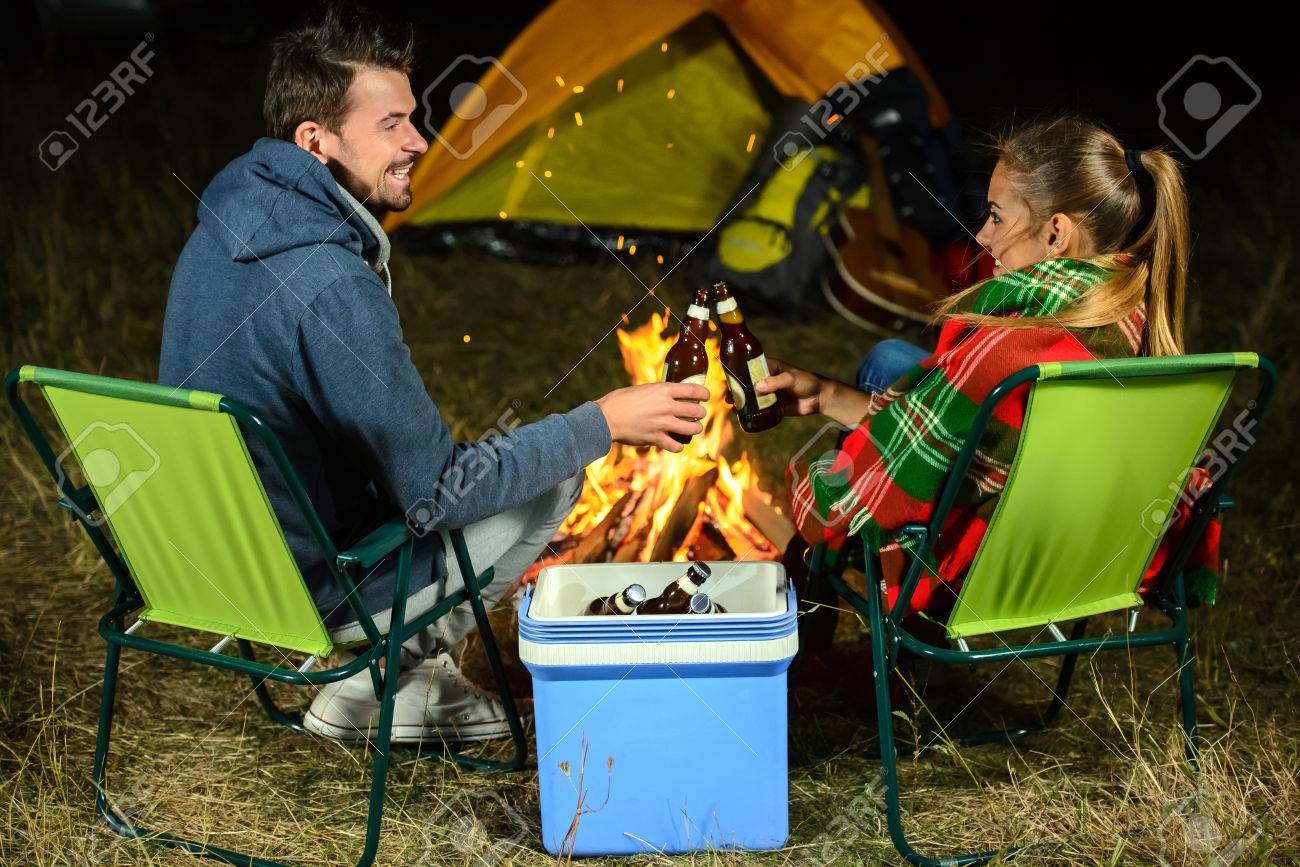 When I was growing up, I went camping all the time. Whether it was my dad and I, or some buddies, or going with the Boy Scouts (yeah, I know...don't judge me, I didn't hold the politics they did), I spent a lot of time in a tent, or just unrolling my sleeping bag by the fire and crashing under the stars. Now that I'm (much) older, I don't know that my back would handle sleeping on the ground as well as it once did, but I'd still love to sit by the fire with some good friends. Do a little fishing during the day, and crack open some brews at night and have fun. I'm also a pretty good campfire cook, so I might be talked into making some dutch oven cobbler.

Now that I'm (much) older, I don't know that my back would handle sleeping on the ground as well as it once did.
Click to expand...

I two am much older. But this makes it (almost) like you are sleeping in a bed. I spent a little extra money and got a good one. It was worth it. Just put it in your tent after it is set up. And if you really want to feel like you are in a comfortable bed go with the last picture. 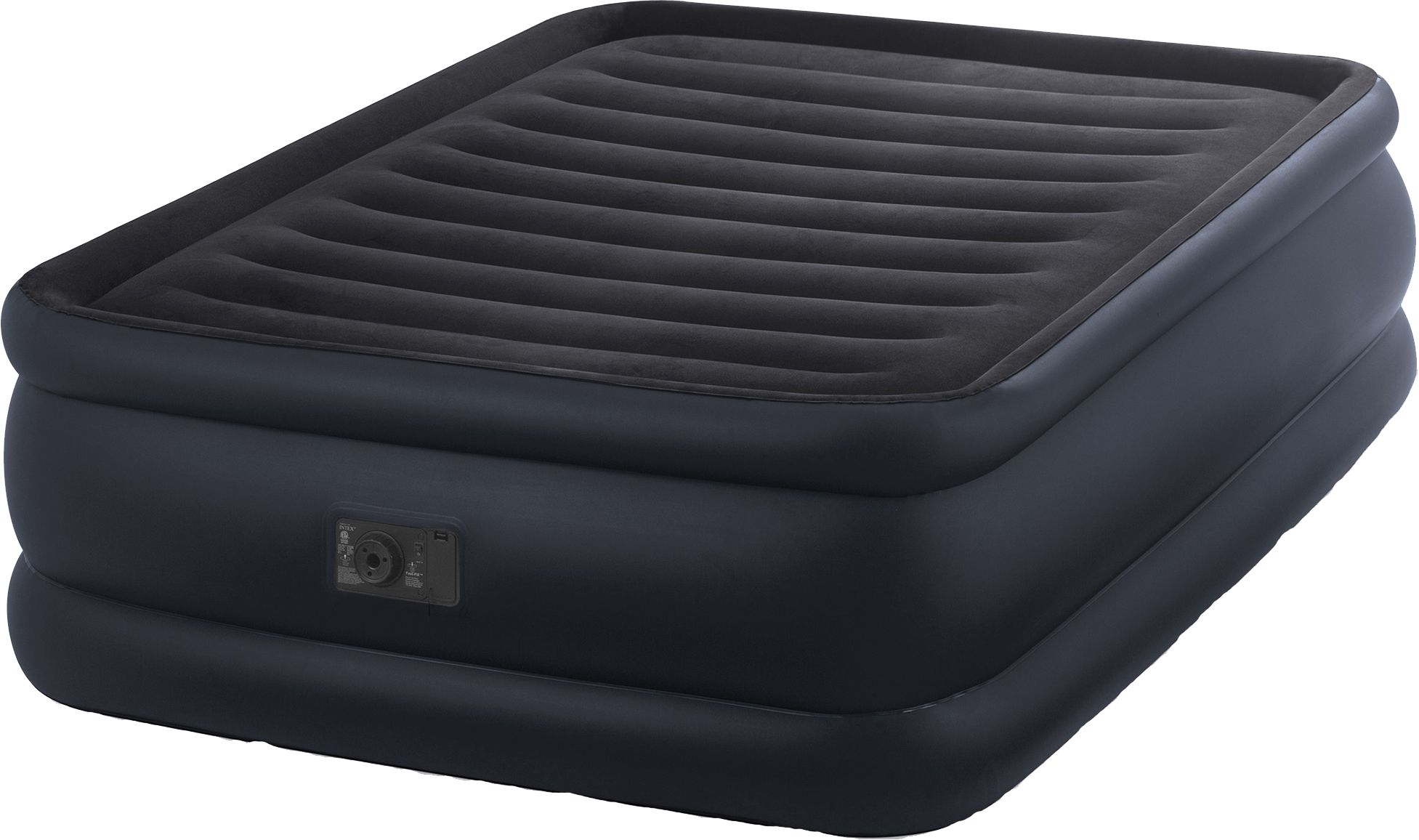 FYI the last one will set you back about $80 plus tax. It has a built-in electric pump with switch-button operation

We have one very similar to the first one, which we've used on trips to visit family, and it is pretty comfortable. The closest I got to using it for camping was spending a weekend last summer at a campground in the wife's aunt's camper. I have been debating getting another tent, so I think I just might have to now.

I have been debating getting another tent, so I think I just might have to now.
Click to expand...

If you do I hope you enjoy it. We make a list of what we will need and check them off once packed. That way once we get there no need to even start my truck until we are ready to leave. One year we went camping with another couple and they forgot things like pillows and they did not bring enough food or beer. So while me and my girlfriend were enjoying camping they were running back and forth to the store.
Last edited: Nov 14, 2019

I always seemed to get talked into going camping at the worst possible time of the year and the worst climates, with what turns out to be inadequate equipment.

I remember, during my misspent youth, waking up, freezing, in a collapsed tent, wet through and soaked from the relentless rain all night.

I had not helped matters the night before, once we realised that we had left one of the two tents several miles back in the car park where we had been dropped off.

I was supposed to have carried it, apparently.

So myself and one other had to walk all the way back to the car park to retrieve the tent. Thankfully it was still there, but I was about as popular as The Wicker Man remake.

By then the rain had started.

And did not stop until the morning.

The late arrival of the tent was even less appreciated at this point.

I watched, full of sympathy, as other souls struggled and failed to erect the second tent, which was eventually given up on and left looking like a low budget, canvas version of THE BLOB on the muddy ground.

I was one of the souls confined to this tent of course.

A surreal touch was added the next morning when I woke to the sound of a sheep bahh-ing outside the tent, obviously curious as to why a flat pile of canvas with several large lumps in it was next to a pristine erected tent.

Not been keen on camping since.

But I will go again one day.

@Doctor Omega I thought you'd get a laugh from this oldie but goodie.

Sherlock Holmes and Dr Watson go on a camping trip. They pitch their tent under the stars and go to sleep. Sometime in the middle of the night, Holmes wakes Watson up and says: "Watson, look up, and tell me what you see."
"I see millions and millions of stars."
"And what do you deduce from that?"
"Well, if there are millions of stars, and if even a few of those have planets, it’s quite likely there are some planets like Earth out there. And if there are a few planets like Earth out there, there might also be life."
"Watson, you idiot, it means that somebody stole our tent!"

VIP
I remember camping when I was young. Crap weather and walking to the stinky toilets in that same crap weather. Tent full of water. Bugs in your sleeping bag. A cow. Rats.
I don't like camping.

TheSowIsMine said:
I remember camping when I was young. Crap weather and walking to the stinky toilets in that same crap weather. Tent full of water. Bugs in your sleeping bag. A cow. Rats.
I don't like camping.
Click to expand...

I guess we always planned a little better than you and Omega. If we are planning on going camping on a Friday for a few days we would keep a close eye on the extended weather forecast. If it did not look good we would just cancel till we got better weather. Rain could ruin about anyone's camping trip. If you plan ahead and take all you need and know that the weather is going to be good camping can be a great experience for young and old alike. 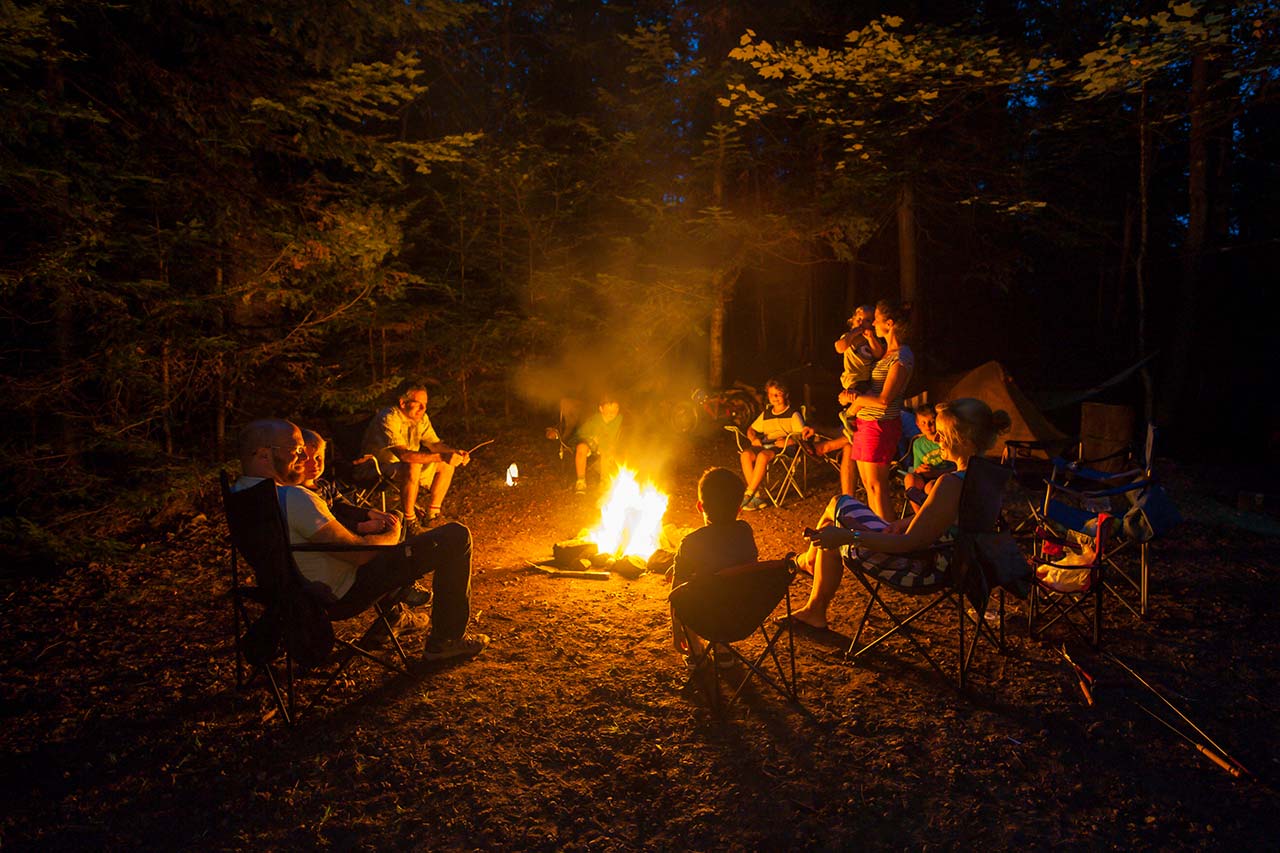 Yeah, I would definitely go again, but plan it in future, like you say. If only to finally overwrite the bad experiences with a happier one!

Doctor Omega said:
Yeah, I would definitely go again, but plan it in future, like you say. If only to finally overwrite the bad experiences with a happier one!

One good camping trip might just get you hooked. I like TV and the internet but once in awhile just getting away from it all and going camping can be great. The way I look at it is the TV and internet will be there when I get back.

And this is great when camping. In the evening the first picture and in the morning over the still hot coals in second picture. But the last picture might be the funnest if you like beer. And I do!

@Hunter28 These pics just make me want to head out and sleep under the stars. Thank you, mate.

chainsaw_metal1 said:
@Hunter28 These pics just make me want to head out and sleep under the stars. Thank you, mate.
Click to expand...

I know what you mean. Just posting them makes me want to go camping ASAP. 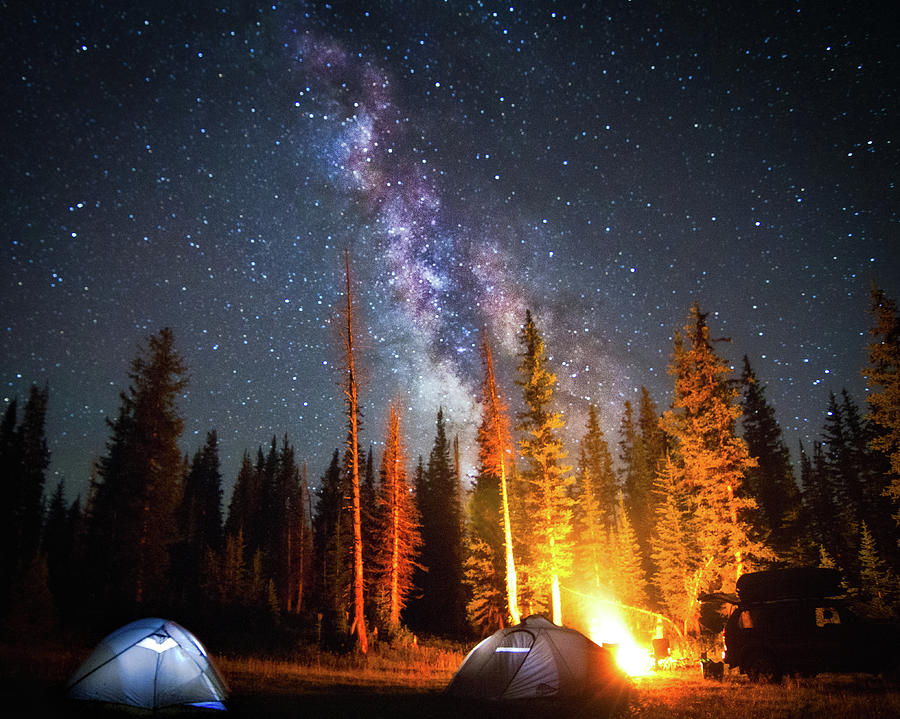 A couple weeks ago I was riding my bike and saw about 25 tents set up. Like me with bike riding I don't let the winter months stop me. Well these people did not let winter stop them from camping. Saw three different fires going. People seemed friendly. As I was riding by someone yelled would you like something to eat or drink. I said thanks but I was good. Everyone looked like they were having a good time. Made me want to go winter camping. 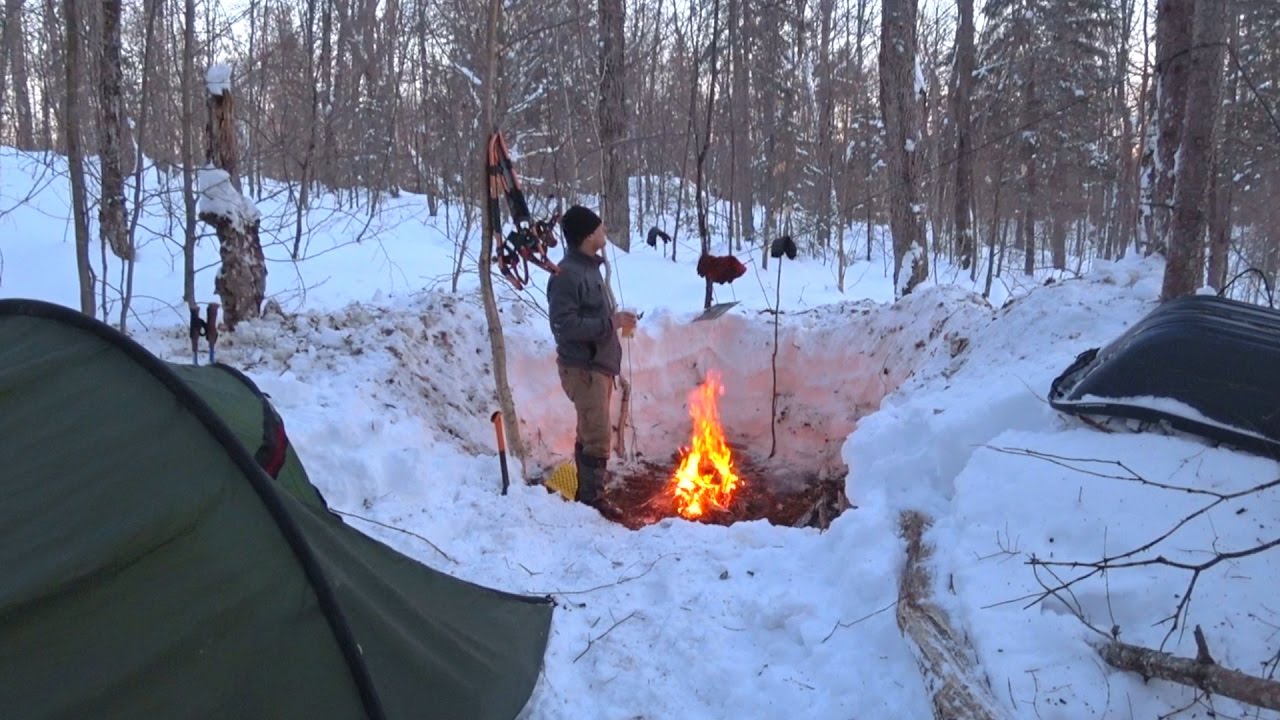 When I was in the Boy Scouts, we used to go winter camping quite a bit. I'm not sure I could handle it now, but back in the day, nothing stopped us from going out. That does look like fun, though.

chainsaw_metal1 said:
When I was in the Boy Scouts, we used to go winter camping quite a bit. I'm not sure I could handle it now, but back in the day, nothing stopped us from going out. That does look like fun, though.
Click to expand...

The picture of those kids around the camp fire reminds me of something I recently saw... 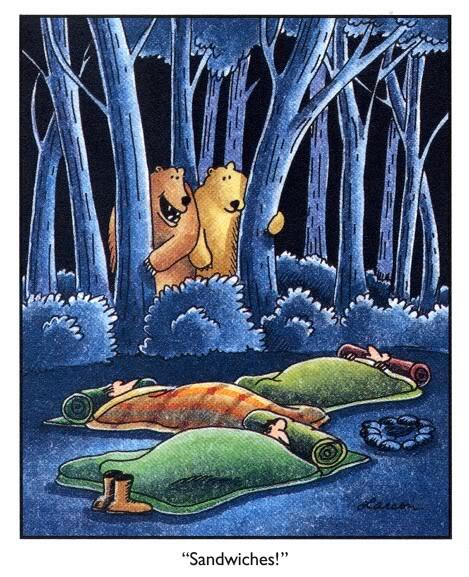 I would enjoy it all three ways. Just me. Just me and my girl or a bunch of us!