Which came first, the chicken or the egg? 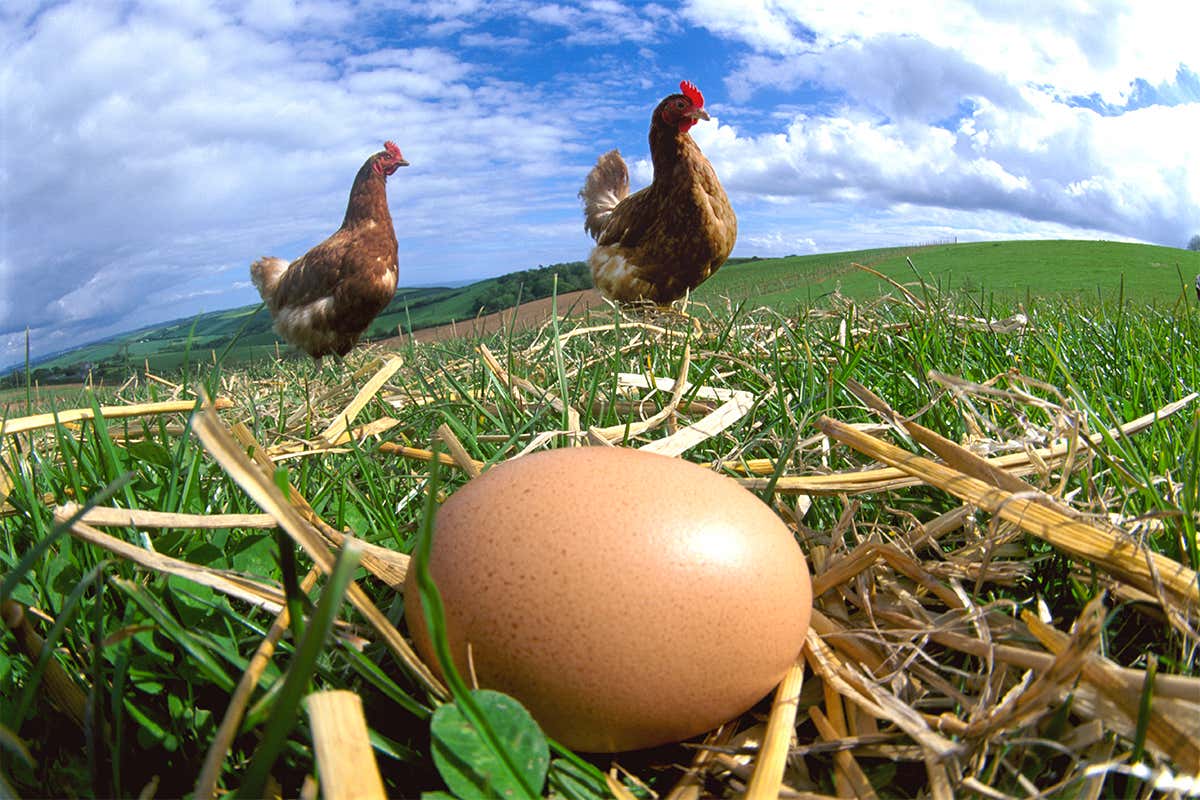 
We have to solve the puzzle empirically by appeal to biology. One answer which has gained scientific popularity puts the egg first- " no egg, no chicken ":
A particular organism cannot change its own species during its lifetime. The change came about from a mutation when two organisms bred, producing a chicken egg. The egg preceded the chicken which hatched from it. So the egg came first.

On this view it doesn't matter who the parents were. Their species is not carried on through the egg because mutation has taken place, and its genetic material determines the nature of the offspring. If it is a chicken egg, a chicken will hatch.

A competing answer puts it the other way round - " no chicken, no egg":
From the book Waller in Mind, 1998,
"Although the zygote results from both father and mother, the surrounding egg comes from the mother alone. Only a chicken can lay a chicken egg: so the chicken came first.
To call any egg a chicken egg on account of its embryonic passenger is like calling the mother's uterus a chicken uterus on account of its delivering a chicken"
Waller points out that unlike chickens , roosters are optional for egg producers.
On this view, presumably a mutation takes place and produces a chicken ( the zygote) as embryonic passenger, though it is inside an egg which is not a chicken egg. When it has hatched it will lay chicken eggs: but the chicken came first.
From the book" paradoxes A to Z by Michael Clark"
You must log in or register to reply here.
Share:
Facebook Twitter Reddit Pinterest Tumblr WhatsApp Email Link
Top