A “Child’s Play” TV Series In The Works

Back to the previous movie.....

A “Child’s Play” TV Series In The Works

Ahead of the franchise’s 30th anniversary this year, Bloody Disgusting reports that filmmaker Don Mancini and producer David Kirschner are developing a TV series continuation of the “Child’s Play” films.

Mancini says the tone of the eight hour-long episodes is dark and disturbing and they have Brad Dourif returning to voice the role of Chucky. Surprisingly Kirschner says the series isn’t a reboot, but rather follows on from events “deliberately set up at end of the last movie”.

Seven films in the series have been released to date with 1988’s original and the fourth film “Bride of Chucky” arguably the most well known.

Looks like the above mooted show is going nowhere, stuck in Development Hell...... 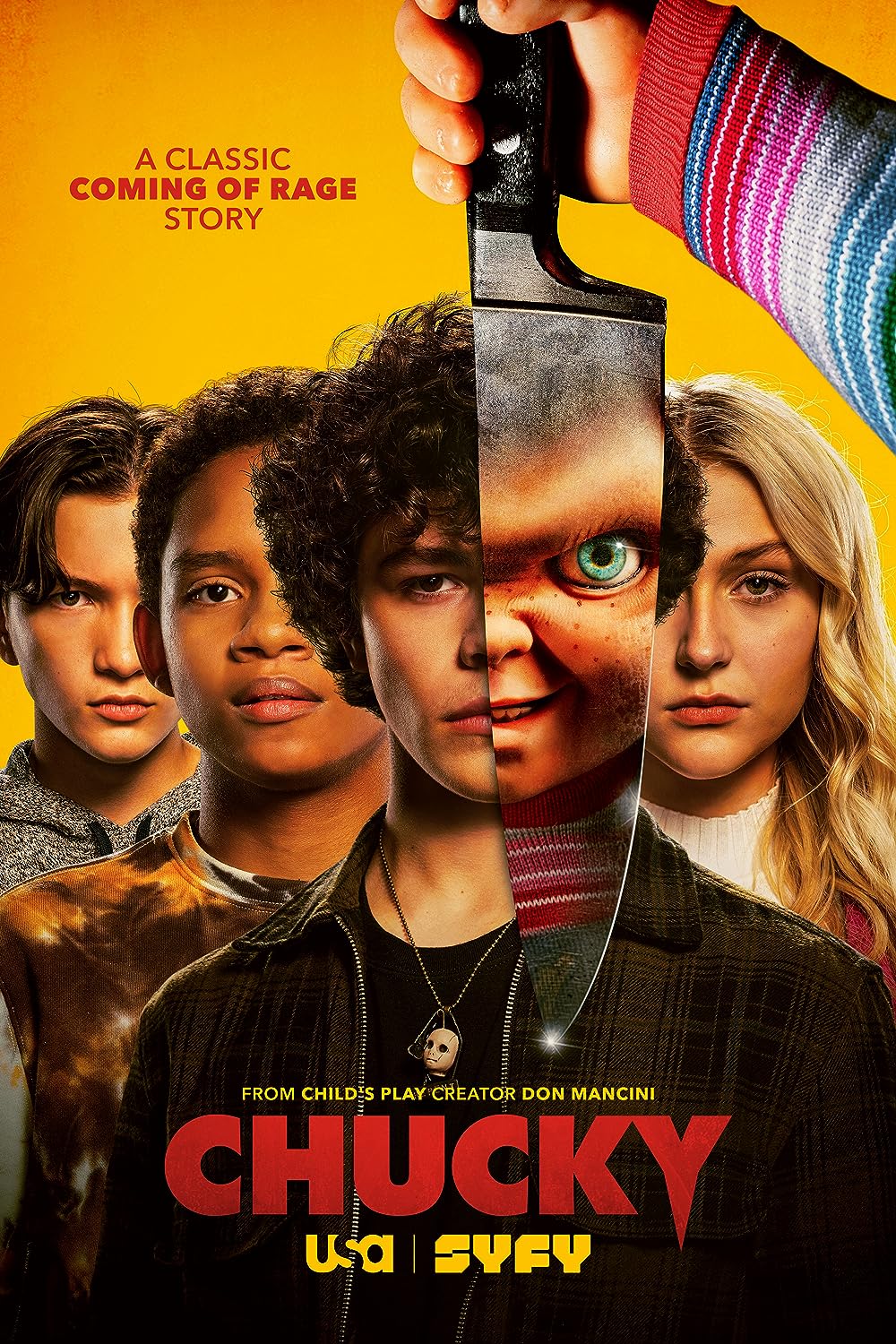 Chucky: Created by Don Mancini. With Zackary Arthur, Bjorgvin Arnarson, Alyvia Alyn Lind, Teo Briones. After a vintage Chucky doll turns up at a suburban yard sale, an idyllic American town is thrown into chaos as a series of horrifying murders begin to expose the town's hypocrisies and secrets.

It’s official, Brad Dourif is returning as the voice of titular slasher doll Chucky for the upcoming TV series continuation of the franchise. In the “Chucky” series, a vintage Chucky doll turns up at a suburban yard sale and soon an idyllic American town is thrown into chaos as a series of...