Your thoughts on this show.....

Greg Nicotero (“The Walking Dead”) has revealed the writers involved in the inaugural six-episode season of the anthology series reboot of the “Creepshow” franchise which has begun production in Atlanta ahead of a late 2019 premiere on streaming service Shudder.

Nicotero says the series will also feature an adaptation of an as yet to be revealed Stephen King story as well as segments from other acclaimed horror writers. The announced segments and writers, not including the King one, are:

“Silvery Waters of Lake Champlain” by Joe Hill (“NOS4A2”)
“House of the Head” by Josh Malerman (“Bird Box”)
“The Companion” by Joe Lansdale (“The Bottoms”)
“The Man in the Suitcase” by Christopher Buehlman (“The Lesser Dead”)
“All Hallows Eve” by Bruce Jones (“The Hitchhiker”)
“Night of the Paw” by John Esposito (“The Walking Dead: Webisodes”)
“Bad Wolf Down” by Rob Schrab (“Monster House”)

Additional stories and directors, as well as key casting, will be announced later this year. Nicotero will direct some of the series, along with the likes of David Bruckner (“The Ritual”), Roxanne Benjamin (“Southbound”), Rob Schrab (“Community”) and John Harrison who was the first AD on the original 1982 film.

Adrienne Barbeau, Giancarlo Esposito and Tobin Bell are set to star in the first episode of Shudder’s new “Creepshow” anthology series. The episode, ‘Gray Matter,’ will be based on the 1973 story of the same name by Stephen King. Greg Nicotero helms the project which kicks off on the service later this year.
Click to expand... 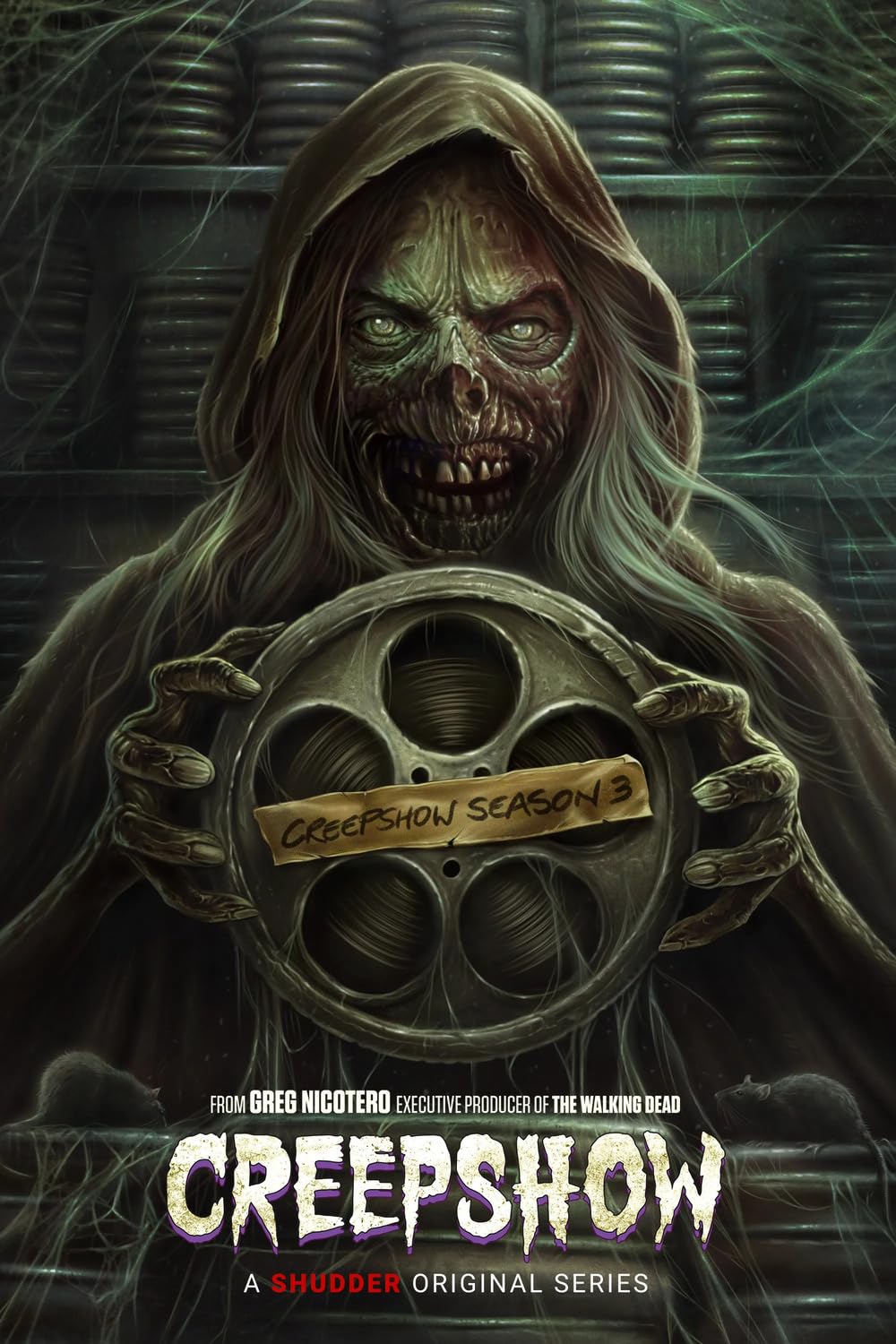 Shudder has ordered a full set of scripts for a third season of its series based on George A. Romero’s iconic 1982 movie “Creepshow”. The order comes despite the fact the second season had only just begun production when the pandemic shut it down.
The script order is reportedly a contingency plan to allow showrunner Gerg Nicotero and the creatives behind the show to get as far ahead as possible. [Source: Bloody Disgusting]
Click to expand...