A real acquired taste this, a very British comedy, set in Northern England, in Rugby League country, following the dysfunctional Brandon family
Special praise for Robin Bailey playing Uncle Mort, a permanently morose embittered OAP , and Stephen Rea as Carter, the workshy grandson. Here the two of them with John Comer playing the father Les, in typically misogynistic mood discuss how inconvenient of Carter's mother to give birth to him during an FA Cup soccer Saturday afternoon.

There's some wonderfully strange characters in this, recommend this thoroughly, they don't make stuff like this now.

Stephen Rea and Anita Carey were brilliant, unfortunately both left after series 2

Keith Drinkell and Liz Goulding were ok as Carter and Pat in series 3 and 4 , but the originals were missed.

Liz Smith was amazing as the matriarchal Annie here a table with the dysfunctional Brandon family.

Well no one seems to care for this , but it really is fantastic. Every character in this is doom laden and dour, trying to be as miserable as possible, but actually being very funny.

I Didn't Know You Cared is a British television comedy set in a working-class household in South Yorkshire in the 1970s, written by Peter Tinniswood loosely based upon his books A Touch of Daniel, I Didn't Know You Cared and Except You're a Bird. It was broadcast by the BBC in four series (seven episodes each in series 1, 3 and 4 and six in series 2) from 1975 to 1979.

The novels narrate the story of which Carter's thoughts are an integral part. A recurring theme in the books is conversation between Carter and baby Daniel (Uncle Mort's son). One feature of the books is a line at the top of each page which summarizes the developments on that page. The TV series adhere more closely to the conventions of situation comedy, and present generally light-hearted versions of the stories from the books.

In the TV series, Uncle Staveley (remembered for his catchphrase, "I heard that! Pardon?") always appears with the ashes of Corporal Parkinson—one of his comrades from World War I—in a box around his neck.

Doctor Omega said:
In the TV series, Uncle Staveley (remembered for his catchphrase, "I heard that! Pardon?")
Click to expand...

Now that I do remember. His catchphrase.

That's all that I have retained of it over the years.

The rest of the series is a blank, but this reminder and these clips suggest that it seems to be something of a forgotten gem! 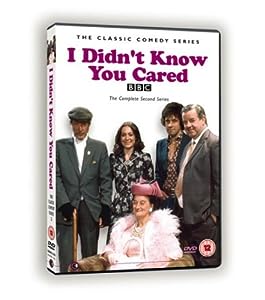 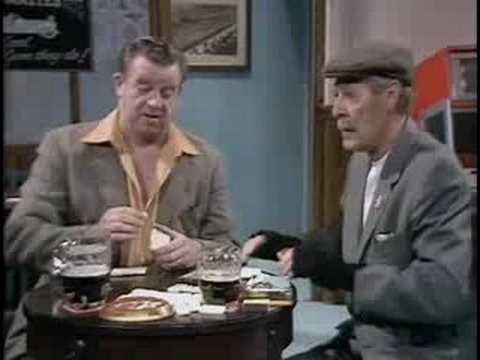