Staff member
VIP
Nearly ten years after the release of the first film, a sequel to the 2008 musical “Mamma Mia! The Movie” is in the works at Universal Pictures.

VIP
Please, please, please don't include anything in the script that requires Pierce Brosnan to sing again (or whatever it was he tried to do in the original).

Five years after the events of Mamma Mia! (2008), Sophie prepares for the grand reopening of the Hotel Bella Donna as she learns more about her mother's past.

“The Good Fight” alum Christine Baranski will reprise her role and “Baby Driver” star Lily James has joined the cast of the upcoming sequel to the 2008 film adaptation of the musical “Mamma Mia!”.

“Mamma Mia: Here We Go Again!” will once again feature the music of the band ABBA and actors Meryl Streep, Pierce Brosnan, Amanda Seyfried and Colin Firth are all expected back for the follow-up.

James will play the role of a younger version of Meryl Streep’s character. The new film will reportedly boast flashbacks showing how relationships forged in the past resonate today.

Ol Parker (“The Best Exotic Marigold Hotel”) is penning the script for the new chapter which is expected to feature ABBA songs that were not in the first film – however some will be reprised.

Andy Garcia has joined the cast of the musical sequel “Mamma Mia! Here We Go Again” at Universal Pictures. Garcia is stepping into a new role that is being kept under wraps. 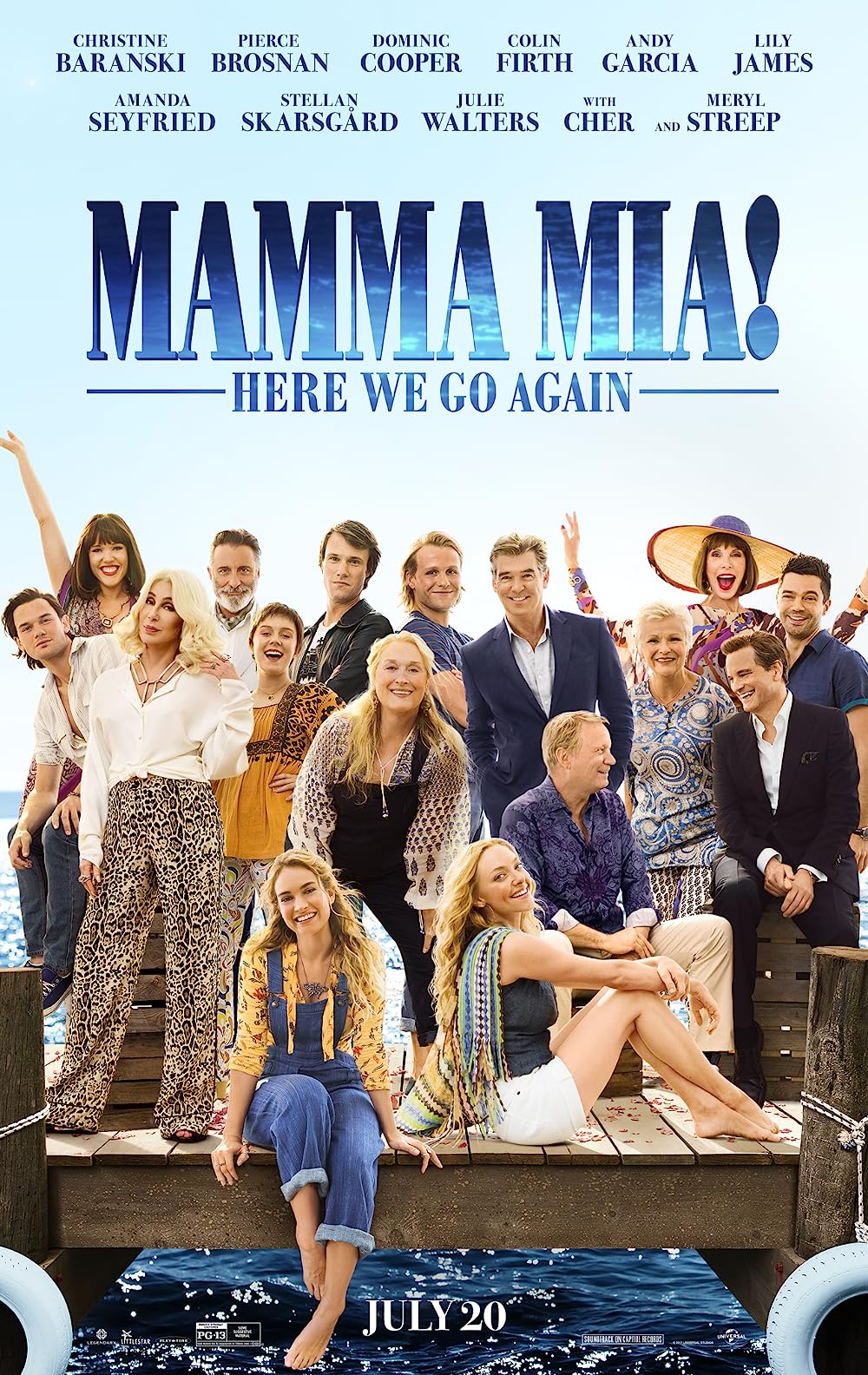 Mamma Mia! Here We Go Again: Directed by Ol Parker. With Amanda Seyfried, Andy Garcia, Celia Imrie, Lily James. Five years after the events of Mamma Mia! (2008), Sophie prepares for the grand reopening of the Hotel Bella Donna as she learns more about her mother's past.

A producer has threatened that a third installment in the “Mamma Mia” film musical franchise could be on the way. Judy Craymer, a producer on the original stage production along with the 2008 and 2018 film adaptations, tells The Daily Mail that even before the coronavirus pandemic plans were...