Your thoughts on this movie...

Amidst a territorial gang war in 1997, a sophisticated alien hunter stalks the citizens of Los Angeles and the only man between him and his prey is veteran L.A.P.D. officer, Lieutenant Mike Harrigan.

Fairly fun but doesn't have the same punch as the original. Why they set it in the future (1997) never made any sense to me either. They're clearly suggesting that crime has become rife and unstoppable (did they really think America would descend into chaos in just 7 years?). Either just set it in the present or much further in the future.

And it says quite a lot that the best part of the film was the scene where we see the alien skull in the predator space ship (and a franchise of terrible Vs movies was born).

I will have to watch it again. Been many years since I saw it.

I remember there being a general sense of disappointment from fans of the first one at the time. 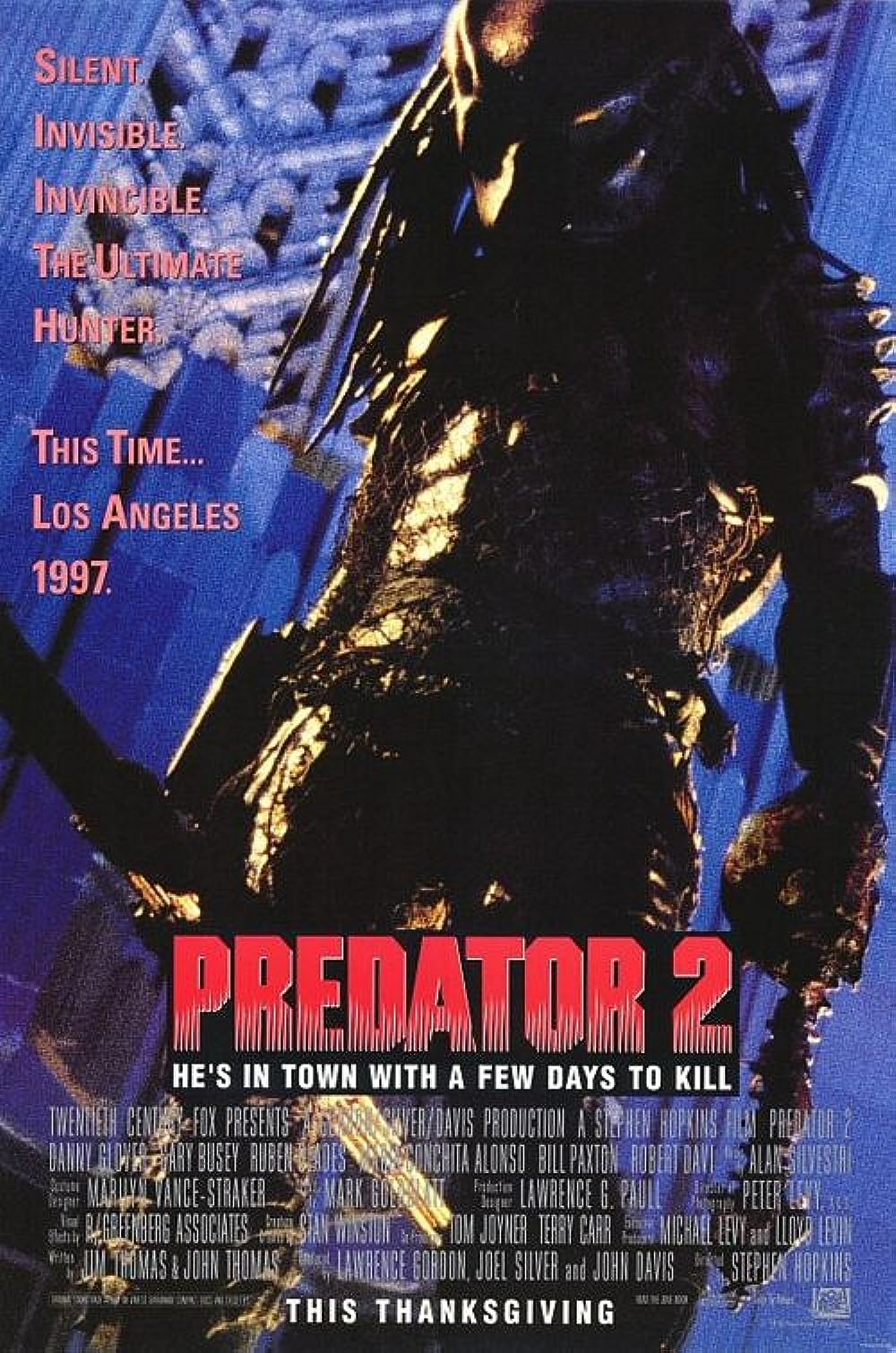 Predator 2: Directed by Stephen Hopkins. With Kevin Peter Hall, Danny Glover, Gary Busey, Rubén Blades. The Predator returns to Earth, this time to stake a claim on the war-torn streets of a dystopian Los Angeles.