Feel free to chat about all thing HITCHCOCK here....

I think all Anthony Perkins Psycho movies are underrated actually (okay maybe not the first one, everyone loves it).

Strangely, I only have two of Hitch's movies in my collection. PSYCHO, which is required viewing, and ROPE, which is my favorite of his films. That's one of those movies that should be held in high esteem by anyone who loves film.
F

I've only seen Psycho, to be honest.

I highly recommend a great many of his films. Hitch truly was a master of his craft, creating real tension and suspense, something that more modern directors need to learn.

chainsaw_metal1 said:
Strangely, I only have two of Hitch's movies in my collection. PSYCHO, which is required viewing, and ROPE, which is my favorite of his films. That's one of those movies that should be held in high esteem by anyone who loves film.
Click to expand...

I have the following Alfred Hitchcock films in my film collection.

Hitchcock is one of my favourite directors and I have seen lots of his films. I have rated 21 of them, many of them highly. Unfortunately, I don't like the most admired Vertigo (1958) as much as the professionals (see TSPDT's top 10 http://www.theyshootpictures.com/gf1000.htm). 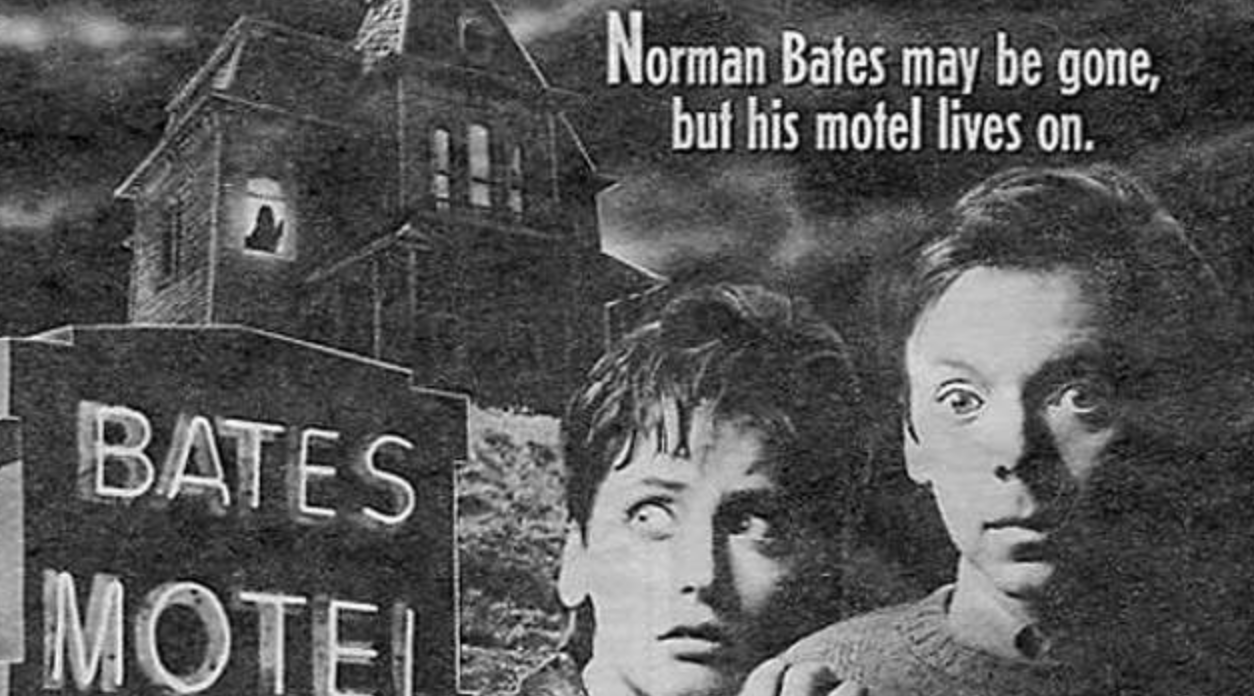 This pilot for a tv series that never happened starred Bud Cort of Harold and Maud fame as a fellow resident of the institution where Norman Bates was sent after the murders he committed.

The continuity goes doolally as Norman dies in the institution, presumably after Psycho III and bequeaths the Motel to Bud, who finds odd things happening at the motel upon taking over...

I think the idea was that a different guest staying at the hotel each week would prompt that week's storyline, like a dark Love Boat or Fantasy Island.

Events in this pilot were later contradicted by Psycho: The Beginning and it is more or less a forgotten curiosity now...

As if a show with the title "Bates Motel" was ever going to work!

I saw it when it first aired, and remember loving it, even though at that point, I had never seen PSYCHO (interesting tidbit: I've never watched any of the sequels. I started watching PSYCHO II on cable one night, and ended up watching something else). Very cool concept, and would have made for a good series, I think. I have it in my watch later list on YouTube so I can see if it holds up.

Also, I watched the pilot for the new BATES MOTEL, and didn't watch past that. I was bored.

A pointless waste of time?

What are your thoughts on Gus Van Sant's Psycho?

I wouldn't say pointless, but perhaps he may have found something better to occupy his time.

Yeah. I mean, it didn't destroy the original.

I can't say I hate it, but I don't have much in the line of favor for it.


Doctor Omega said:
Baffled by it?
Click to expand...

Mostly in casting. And why one would spend their time just making a shot-for-shot remake when you could go back to the novel and just create something new (although, there isn't much that the original changed, but enough to go back to the source).


Doctor Omega said:
What are your thoughts on Gus Van Sant's Psycho?
Click to expand...

I think it's artistic wanking. It was an unnecessary remake, as most are, but this one more so. It didn't do anything or say anything new in its interpretation of the movie, other than costume changes and being in color. It is a much less creative and entertaining movie, and can be looked at as a film curiosity, but other than that, it will never be looked at as a classic.

8/10
It hasn't always been at that level, but the end of season 4 and the beginning of 5 have really boosted the show to one of the best currently being shown.

I came across that earlier in my searches. I'm going to listen later, with the lights off.

REAR WINDOW was the pic that made me fall in love with older movies. I watched it as an 11 year-old and was transfixed. As if I was right there with Jimmy Stewart, and I (and the audience) only knew what he knew. So, that's my favourite by a mile. Other shout-outs to PSYCHO, SHADOW OF A DOUBT, FOREIGN CORRESPONDENT, REBECCA, THE BIRDS and STRANGERS ON A TRAIN. My least fave is TOPAZzzzzzzz

I watched the first episode and stopped. I was honestly bored. There may be a day when I give it another go, but some fellow horror fans advised me not to bother.