The Day of the Triffids is a British television series which was first aired by the BBC in 1981. An adaptation by Douglas Livingstone of the 1951 novel by John Wyndham, the six half-hour episodes were produced by David Maloney and directed by Ken Hannam, with original music by Christopher Gunning.[1]

It premiered simultaneously in the UK and in Australia on ABC Television.

A Triffid was operated by a man crouched inside, cooled by a fan installed in its neck; the 'clackers' were radio controlled. The gnarled bole, based on the ginseng root, was made of latex with a covering of sawdust and string while the neck was fibreglass and continued down to the floor, where it joined with the operator's seat. The plant was surmounted by a flexible rubber head, coated with clear gunge.

After the end of the production one was displayed for a while in the Natural History Museum in London; They were designed by Steve Drewett who worked there.[2] Copies of the props later threw a cocktail party for Angus Deayton during an episode of Alexei Sayle's Stuff.[3]

Some of the locations used in the series, such as the University of London’s Senate House, corresponded to those specified in the book. Many of the locations used during filming can be located by studying the street names and other signs which appear in the show. For example, Jo’s family home appears to be 2 Heath Side, which is adjacent to Hampstead Heath in London NW3. Jo and Bill first meet in a stairwell on the Theseus Estate in London N1, and the couple run along Theseus Walk past the street sign, at the beginning of Episode 3. The street sign for Remington Street can also be seen in the scene in which Jo’s car stops at the beginning of the second episode.

BFI Screenonline wrote, "this remains a compelling and understated thriller. As with the same year's classic The Nightmare Man (BBC), it represents serious and unsentimental science fiction with John Duttine, in particular, excelling as the battling and bewildered protagonist, struggling to survive in a blind, brutal world. Critic David Pringle termed the original novel "a very enjoyable catastrophe", and to the production team's credit the same can be said of this involving and intelligent adaptation."

This new John Wyndham board has prompted me to watch this again and am two episodes in. It really plays well and we even get a guest appearance from director Morris Barry as a blind street gang member thrown in too!

Am planning to watch the 1963 version after this one, although I know that one will be a bit of a turkey in comparison to this version.

I last watched this with my daughter when she was about 8-ish. I would like to see it again. 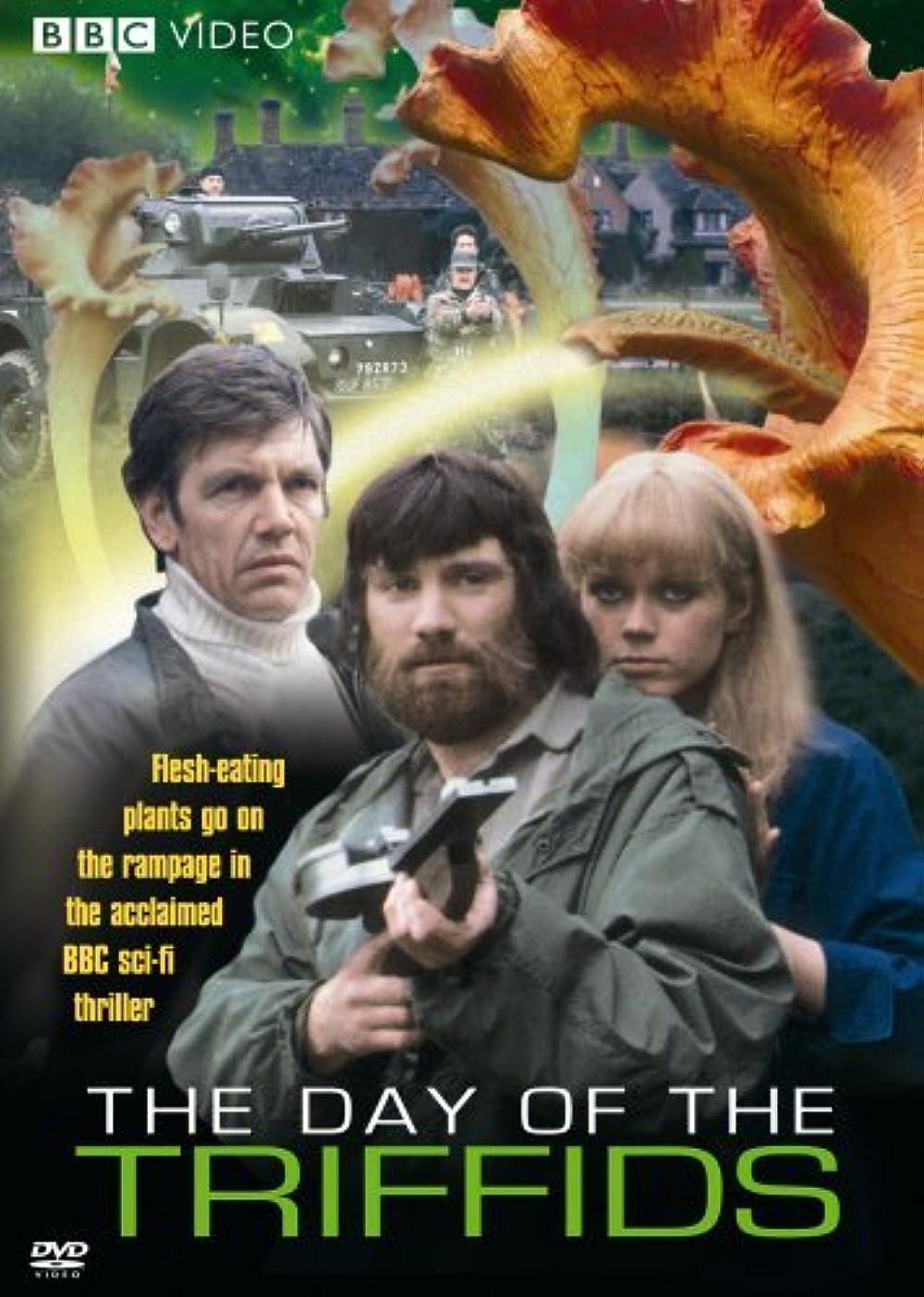 The Day of the Triffids: With John Duttine, Emma Relph, Maurice Colbourne, Jonathan Newth. When a comet blinds nearly everyone in the world, a genetically-engineered species of plant takes over.