Just been through this 70's goodie again. Real enjoyable and David McCallum was perfect. Very neat stories with the invisibility used correctly, not overused.

TV movie pilot for the short lived 1976 Gemini man series.Agent Sam Casey is rendered invisible after being caught in an underwater explosion.With the help of a device disguised as a watch he's able to control his new power.
Click to expand...

Gemini Man is an American action-adventure drama miniseries that aired on NBC in 1976. The third television series based on the H. G. Wells science fiction novel, The Invisible Man, Gemini Man was created to replace the previous season's The Invisible Man (1975 TV series), utilizing simpler and less expensive special effects.
Click to expand...

I liked both shows at the end of the day, but would rather that they had kept THE INVISIBLE MAN going in the first place.

The Invisible Man, the second television series with this title, debuted in the US in 1975 on NBC and starred David McCallum as the scientist Daniel Westin and Melinda Fee as his wife, Dr. Kate Westin. The series was created by Harve Bennett. A pilot TV movieinitially aired in May 1975 and was followed by a 12-episode series that fall.

Inspired by the original novel by H.G. Wells, the pilot film depicts Daniel Westin working for a company called the Klae Corporation, which is doing experiments in teleportation. He discovers the side effect of his work is the ability to turn objects invisible, and tries to find medical applications for his invention. He discovers that objects that are made invisible reappear after a few hours, and on living test animals the collars they wear re-appear before the living cells themselves. Obsessed by his invention, Westin decides to become invisible himself, in part to prove that a human can survive the process, and also to test a serum he has developed to reverse the invisibility.

He reveals the process to his boss, Walter Carlson (Jackie Cooper), who is initially unimpressed by what he sees as millions spent on a nuclear disintegrator, but he becomes more interested when he realises that the pen Westin disintegrated is actually still there ("Do you know what you've got here?" "An invisible pen..." "Cute. No, invisible armies..."). He wants to back the project for military purposes, and in the course of the argument it is revealed that the Pentagon has provided the funding for Westin's research; in effect the military already own the process. Westin tries to destroy his invention by sneaking into the lab after hours and deleting his research. In order to make his escape he becomes invisible for a second time, before triggering an overload and destroying the apparatus. But it appears that after all the process is unstable, and he becomes only briefly visible before turning permanently invisible; he cannot return to his visible state any longer, and the serum is ineffective. He goes to his friend, Dr. Nick Maggio (Henry Darrow), a skilled plastic surgeon who creates a disguise for him in the form of a face mask and a pair of gloves using a special material called Dermaplex that has the same properties as human skin, which enable Westin to appear in public. The Dermaplex side effect is that Westin has to remove the mask from time to time because, as Dr. Maggio states, "The beard will be your enemy, and the itch will drive you crazy."

By the conclusion of the pilot, the process' lack of stability renders it effectively useless for commercial or military applications, and the Klae Corporation is persuaded to re-employ him in his research capacity despite his condition, and thus the series begins from this point. Westin seeks to perfect his work and at the same time find a cure — a means of restoring his visibility.


There were subtle differences between the pilot and the series. The pilot depicts Westin as a tragic figure, the "victim" of the invisibility process; despite his continued efforts, he essentially remains invisible all the time and must use technology to "fake" being visible.

The series was lighter and more humorous, featuring invisibility-related gags and scenarios (in the case of the latter, many of these were depicted in the opening title sequence — such as a telephone receiver rising unsupported off its hook and a Jeep driving itself, to name but two), and ignoring the tragic side of Westin's predicament. The first post-pilot episode indicates that Westin and his wife Kate have been working as agents for some time. Indeed, the character's invisibility was utilised as the Klae Resource of the show's introduction; an invisible man can go places and do things that the visible cannot accomplish.

A less-subtle difference is in the area of casting; in the pilot, Jackie Cooper portrayed Westin's superior, Walter Carlson, but for the series, the role was recast with Craig Stevens playing the part. The character was also altered to be more sympathetic and closer to the Oscar Goldman archetype.

Like its late 1950s predecessor, H.G. Wells' Invisible Man, the episodes featured sequences of the camera taking on Westin's point of view, showing whoever and/or whatever the character himself was seeing at the time. However, it is unclear as to whether this move was inspired by US screenings of that earlier television series or simply coincidence.

One noteworthy episode is "Power Play", which is set entirely in the headquarters of the Klae Corporation, uses only the regular studio sets — namely, Walter Carlson's office and the Westins' laboratory — and features only the regular cast members along with guest star Monte Markham as Pike, an armed escapee from a mental institution who threatens the lives of both Walter and Kate, and demands to know the truth about the Klae Resource which, after having forced the secret from Walter, he plans to use to become dictator of the United States.

As was common for action/adventure series of the era, The Invisible Man featured episodes that, save the pilot, could be viewed in any order. However, the show was canceled after one season due to low ratings before the underlying arc of Westin curing his invisibility and returning to normality could be resolved.

I really would like to see this entire series again. 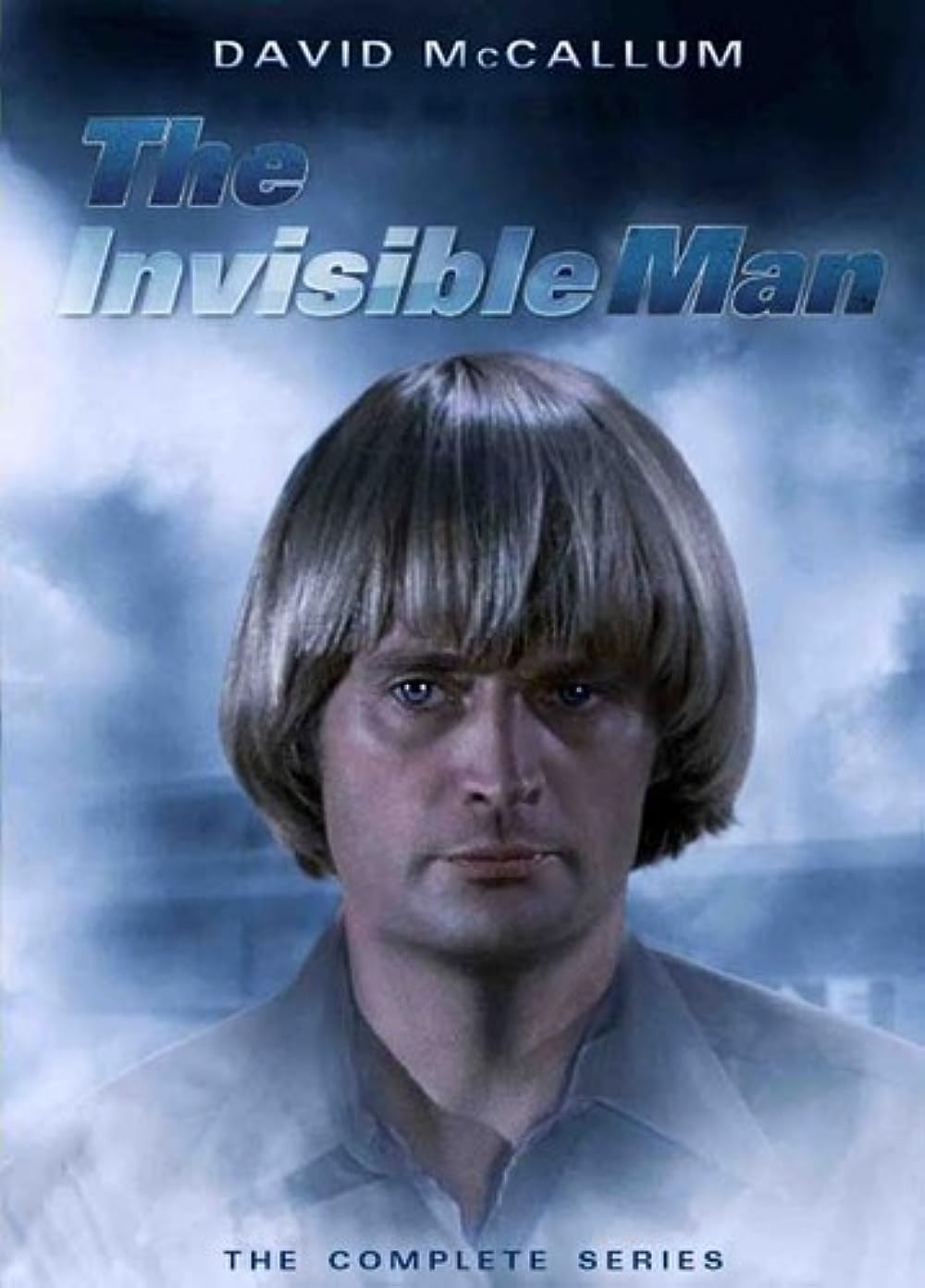