It’s still not clear what shape the project will take, but Warner Bros. is in the early stages of developing a relaunch of The Matrix, the iconic 1999 sci-fi movie that is considered one of the most original films in cinematic history, with Zak Penn in talks to write a treatment.

Sources say there is potential interest in Michael B. Jordan to star, but much must be done before the project is ready to go.

At this point, the Wachowski siblings, who wrote and directed the original and its two sequels, are not involved and the nature of their potential engagement with a new version has not been determined.

Now another report at Deadlineindicates Warners is planning a writers room to come up with ideas for a cinematic universe, a report that hasn’t been confirmed by the studio.

If true it would mark the latest franchise to employ the writers room idea following “Transformers,” “Avatar,” Hasbro and other properties. The concept is similar to a TV show production in that a group of acclaimed scribes come together to plan out the future of a franchise including direct sequels, spin-offs and beyond.

Certainly it’s not clear if this will be a straight reboot, or something more akin to “Rogue One” in that it will fit into canon but be a standalone tale with links back to the original. It also still hasn’t been confirmed if the original trilogy’s directors, the Wachowski siblings, will be involved in the new “The Matrix” project.
Last edited: Aug 21, 2019


Scribe Zak Penn spoke with fans on Twitter, and shot down all the talk of a reboot. He says the new series is more of a continuation:

“Can’t comment yet except to say that the words ‘reboot’ and ‘remake’ were from an article. Let’s stop responding to inaccurate news. If I were going to recast Keanu Reeves, I would cast Keanu Reeves. Do I want to see more stories set in the universe of the matrix? Yes. Because it’s a brilliant idea that generates great stories. Look at what people are doing with Xmen universe. Between Logan and Legion and Deadpool, does anyone want them to stop? Not me.”

The studio is reportedly looking to Marvel and Lucasfilm for inspiration in terms of establishing an ‘interconnected universe’ model.

One of the concepts the studio is considering is a film about a younger version of Laurence Fishburne’s Morpheus character. They also suggest Michael B. Jordan is under consideration to star as the character.

Jordan’s potential involvement was also reported in the initial story that broke the news about the project being in the works. Plenty of key moments in Morpheus’ past took place off screen in the trilogy from his first visit with The Oracle to the beginnings of his relationship with Niobe (Jada Pinkett Smith).

Outside of the original trilogy, the animated anthology project “The Animatrix” was released in 2003 and delved into ideas brought up in the films. It was also brought up by Penn as an example of where the project might go.
Last edited: Mar 19, 2017
A

My first reaction was "no Wachowski siblings, that's not a good sign." But I guess it could be good, I'd be interested.

“Ready Player One” screenwriter Zak Penn has worked on many major franchises in his time from “X-Men” to “Avengers” to “Thor,” but one project he’s attached to is making even him nervous – the next story in “The Matrix” film universe.

Speaking with Screen Rant this week, where he also revealed he penned a “Suicide Squad 2” draft as a favor, he offered insight on where his work with “The Matrix” is at almost exactly a full year after the project was revealed.

At the time he confirmed the film will be a new story set in the same continuity as opposed to a reboot or remake. This week he says:

I will fight people who don’t under…look, I think OASIS (the interconnected virtual space in Ready Player One) is similar, both the Matrix and OASIS are similar in that they are brilliant ideas for universes. And they are not, you know, when it came out about Matrix, people were like ‘Oh no, there going to reboot Matrix’ I was like, Why, I’m not insane. I mean, the Matrix is still one of my favorite…they’d re-release The Matrix and people would go see it.

So I just think that universe is brilliant, I think OASIS is like the action-comedy version of that and it doesn’t always have to be the same characters, you could go in so many different directions so…

Penn sadly didn’t offer an update on when we can expect to see some more serious progress on the project made. 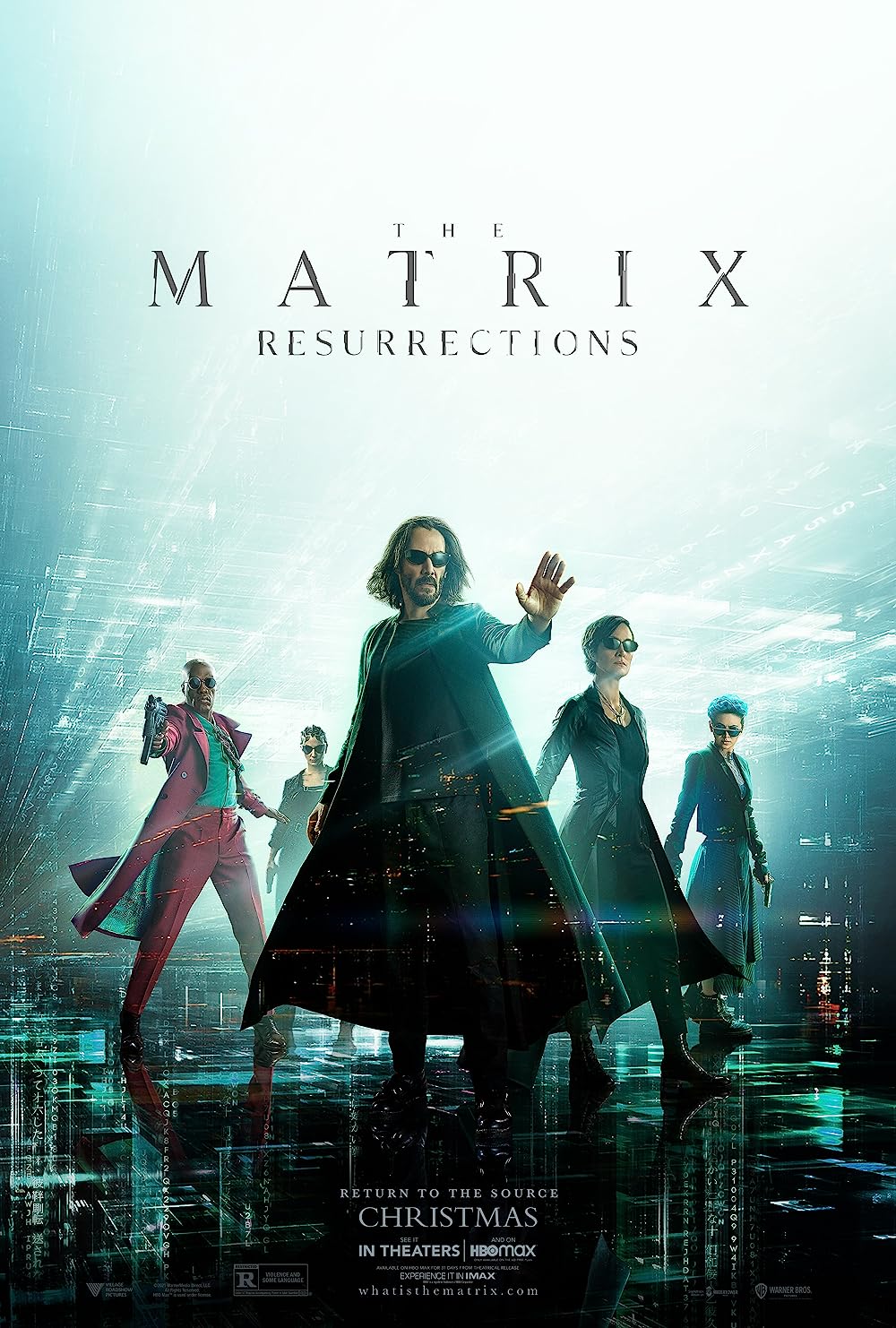 The Matrix Resurrections: Directed by Lana Wachowski. With Keanu Reeves, Carrie-Anne Moss, Yahya Abdul-Mateen II, Jonathan Groff. Return to a world of two realities: one, everyday life; the other, what lies behind it. To find out if his reality is a construct, to truly know himself, Mr. Anderson...

Though best know for helming the “John Wick” franchise, filmmaker Chad Stahelski was a key player on the original “The Matrix” trilogy where he served as Keanu Reeves’ stunt double for the first two films. Stahelski also co-founded action design company 87Eleven with David Leitch, the firm...

Reeves On Why He Returned For "Matrix 4" - Dark Horizons

Attempts by Warner Bros. Pictures to return to “The Matrix” universe over much of the past two decades have never come to fruition. That changed when it was suddenly revealed last year that not only was a fourth film on the way, but original trilogy co-director Lana Wachowski would return to...

Originally slated open May 21st 2021, the fourth “The Matrix” film will now arrive April 1st 2022. The delay isn’t a surprise, the film was only partway through shooting when it was shut down due to the coronavirus pandemic and it isn’t clear when production will start again though next month has been touted.
Click to expand...

Cinematographer Bill Pope is something of a legend. The lenser has served as director of photography on many films, most notably the Wachowski’s “The Matrix” trilogy, Sam Raimi’s two “Spider-Man” sequels, “Team America: World Police,” “Army of Darkness,” “Bound,” “Clueless,” “Darkman,” and more...

“Everything that was good about the first experience was not good about the last two. We weren’t free anymore. People were looking at you. There was a lot of pressure.
Click to expand...

In my heart, I didn’t like them. I felt we should be going in another direction. There was a lot of friction and a lot of personal problems, and it showed up on screen to be honest with you. It was not my most elevated moment, nor was it anyone else’s.

The Wachowskis had read this damn book by Stanley Kubrick that said, ‘Actors don’t do natural performances until you wear them out’. So let’s go to take 90! I want to dig Stanley Kubrick up and kill him. There is something about making a shoot that long, 276 shoot days, that is mind numbing and soul numbing and it numbs the movie.”
Click to expand...