Review THE PRISONER: DANCE OF THE DEAD - Episode 04

Your thoughts on this episode...


Number 6 comes across a body that has washed ashore with a radio. After sending the body back out to sea, he tries to use the radio to get rescued.

THE CHIMES OF BIG BEN


Back to the previous episode....

This episode almost never saw the light of day. McGoohan didn't like it, and dumped it.
But one of the directors saw the filmed material and saved it, and good job too.
It's very good, with Mary Morris as our first female Number 2, in a disturbing tale of The Prisoner sentenced to death for having a radio.
The Prisoner finds a body washed up on shore, he drags it ashore, writes a message of help , places it in the guys wallet and pushes the body out to sea. The Village unfortunately find the body and alter it to make it appear The Prisoner has drowned at sea. At the carnival that is being held, everyone is in fancy dress, except The Prisoner, because 2 says he no longer exists as far as the outside world is concerned.
He is put on trial for having a radio that he found on the dead body and sentenced to death. Luckily he escapes as Number 2 allows him to live , knowing he is thoroughly demoralized and his continual capture is assured as now a dead body will be found which everyone looking for him will assume is him, no one will come to his rescue.
Last edited: Dec 4, 2018 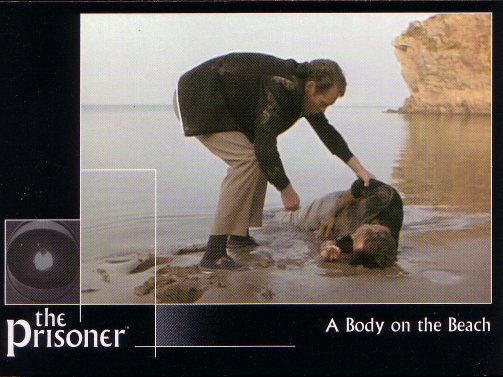