Review The Prisoner episode 15- The Girl Who Was Death

As we approach the finale of the series, maybe the ideas were getting a bit thin, this is basically a comedy and like the previous episode doesn't take place in the Village setting.
The Prisoner is here a secret agent, in London on a mission to stop mad Professor Schnipps from destroying London with a rocket. How can a rocket destroy a city? Unless its nuclear armed, and this one isn't. But it doesn't matter, this episode is a joke, a p**s take of spyfi shows like The Avengers. Either McGoohan wanted to send the genre up, or perhaps it's a homage.
Schnipps is a nutter who thinks he is Napoleon Bonaparte, and his rocket is concealed by being built inside the lighthouse at Beachyhead.
It's fun, and a breather before the heavy series ending to follow.

The Girl in the title is Sonia,Schnipps daughter, sent to kill Secret Agent. Here he finishes his beer only to discover a message on the glass bottom " you have just been poisoned" 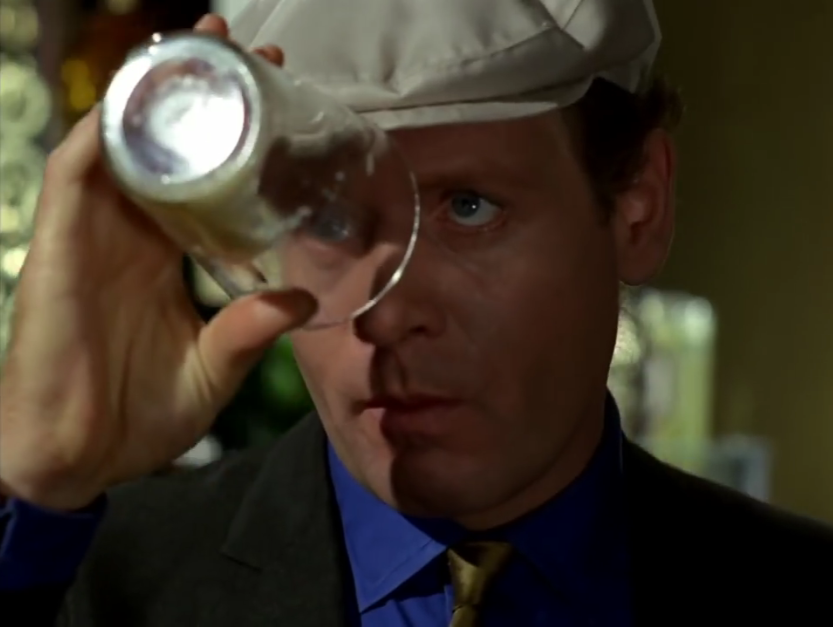 Wonderful car chase scenes with The Prisoner and Sonia, the girl who was death.