Opening episode of a show that is a must for any Callan fans.
The Director of Operations of the S.I.S. has to mount a rescue operation of Norwegian scientists who have crashed 30 miles inside Russia. Neil Burnside the director (D-ops) fails to convince his masters that this mission is madness. The British government want S.I.S. to carry out the operation for political reasons. The Norwegians have promised to buy the British missile Nemesis thus creating lots of jobs.
Herr Torvik (Olaf Pooley) head of Norwegian intelligence has provided details of where the plane is, and reluctantly Burnside sends his two top sandbaggers (agents) into Russia.
An RAF plane lifts off, not on the mission, but doing a reconnaissance flight down the line where the plane is, to spot it, see if the scientists are still there, and see if there's any Russian activity.
Torvik " that could have been the rescue plane"
Burnside" all in good time, we want to plan a route out for the sandbaggers, avoid military installations"
T " seems like your more anxious about your men then the scientists"
B " you bet I am. All being well we'll fly in tomorrow to get them , weather permitting"
T ( sighing) "okay Mr Burnside I know you're doing your best?"
The next day Torvik sends a message to abort the mission, Burnside's close friend Geoff Ross, head of CIA London dashes to Burnside's Whitehall office to tell him the Norwegians have offered to buy the American missile War Bonnet in exchange for doing the rescue.
Ross " I'm sorry Neil, it was a decision taken by those above me., Torvik apparently told Langley (CIA HQ) that you were dragging your feet, just didn't want to do the job. So a bright spark at HQ decided to do the rescue in exchange for the Norwegians buying war bonnet. Went straight in , briefed on the plane"
It's too late for S.I.S. to abort.
A tense conclusion as Burnside realises that the Americans have a half hour start on SIS and will mine the plane to explode in thirty minutes, just as Sandbaggers 1and 2 , Caine and Landy turn up.
" if those explosives can destroy the plane, they won't have any problem splattering my men all over Russia"

On to the next episode
https://www.imdforums.com/threads/the-sandbaggers-s01e02-a-proper-function-of-government.4798/
Last edited: Oct 9, 2018

Good first episode dealing with how governments can manipulate secret services for political ends. Burnside is a great character wonderfully played by Roy Marsden. Bob Sherman as the dishevelled CIA man Ross is also good.
Other regulars include Deputy Chief Peele played by Jerome Willis , Stevens in Dr Who The Green Death, and the chief played by Richard " Slartibartfast" Vernon. In the operations room Willie Caine,sandbagger #1 and Jake Landy #2 are briefed. Maps showing potential military bases that need avoiding etc.
In Burnside 's office Caine explodes in anger,
" God why should I risk my life for some Norwegian.."
Burnside " if you've got mission twitch"
C " I'd be bloody silly not to have mission twitch on.this one"
B " Wellingham at the Foreign Office says this country needs Nemesis"
C " yeah, create a lot of jobs, I'll remember that when I'm digging salt in Siberia"
Olaf Pooley was good as the distressed and agitated Torvik, anxious that the SIS don't waste time with silly planning, and get a move on and rescue his nationals. Eventually he went to the Americans , but in vain as the American rescue was a cock up due to lack of planning. Caine and Landy arrive at the plane, it's deserted, the scientists have gone. Then BOOM. The plane explodes, The two agents very lucky being just out of range. Caine realises the Russians would have wanted the plane intact. The CIA of course!. Burnside told Ross, as a friend, and he blabbed to Washington D.C., The Pentagon, and indeed the Norwegians and Americans made a deal to buy the US missile War Bonnet in exchange for the rescue.
Caine and Landy track the scientists and quickly dive for cover as the Russian army comes into sight. Tough luck for the scientists and the CIA men as they're led away. The two sandbaggers escape over countryside and end up in Norway safe.
Sir Geoffrey Wellingham, permanent under secretary at the foreign office, and Burnsides' ex father in law, discuss the situation.
Wellingham " we're in a good position with the Norwegians , if they had stuck with us.....now if we get back to them about Nemesis"
Burnside. " Is that all you care about!!? What about the scientists"
W: " that's was what it was all about, jobs, let's not lose sight of first principles"
Burnside flies to Oslo to meet Torvik.
At the airport;
B " I've come for an explanation"
T " I couldn't stand by while you did nothing"
B " when will you learn, special operations need special planning. If you want James Bond go to a library. Our battles aren't won at the end of a parachute, but in drab offices in London and hopefully Oslo"
T " I understand, thank you for being so restrained. Can I buy you a drink?"
B " I've nothing to celebrate"
T " even so..."
B " if I had a glass in my hand Torvik, I'd stuff it down your throat"
With that Burnside turns and leaves.
9/10
Last edited: Oct 9, 2018 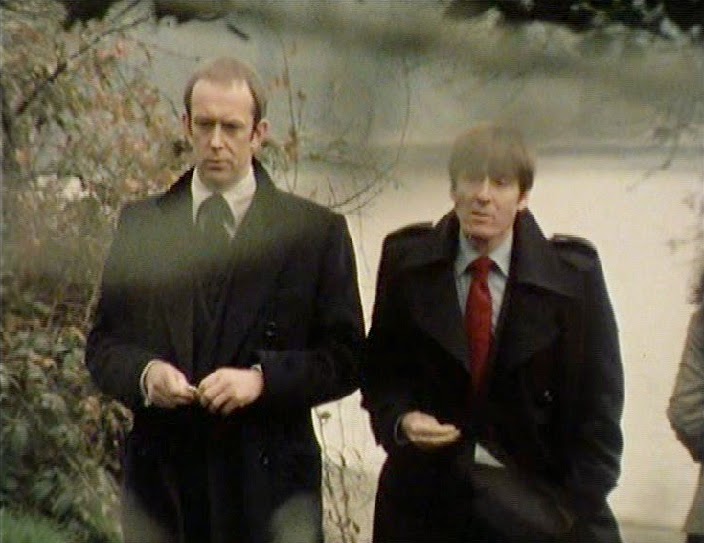