Review This Thursday - The Omega Factor ep1 The Undiscovered Country

What an absolutely astonishing first episode, so much happening, threads left dangling for the future.
Tom Crane , occult journalist , our lead character was manipulated from the start.
I can't remember a lead being so manipulated but at the same time a strong force himself. His brother was taking part in an experiment to psychically send him images, on behalf of government department 7, leading to him locating a dead body, to test his ESP abilities. His wife had a mysterious meeting with Dr Roy Martindale, also of Dept 7, then lied about it. His friend Anne Reynolds (Louise Jameson) is also secretly in Dept 7, so Tom is drawn into working himself for the department in order to get the mysteriously dangerous villain, Drexel, wonderfully played by Cyril Luckham,( the White Guardian-Dr Who), a villain with powerful ESP / Telekinetic / Hypnotic powers, possibly responsible for people who got in his way taking their own life. Tom's own powers, which he has had since childhood, but he repressed the memory of them, seem to be quite strong in receiving images telepathically, whether he can send them we shall see. Roy Martindale , head of Dept 7 in Edinburgh in the brief scenes we had with him is a character obviously deeply involved in the machinations. He was the one collecting Michael Crane from his flat, and collecting Julia Crane from the station.
Andrew Scott Erskine, who possibly is the very head of Dept 7, had a cool menace about him, so Tom wisely agreed to Scott-Erskine's proposal to join Dept7 in Edinburgh, particularly as it offers the chance to catch Drexel, who Scott-Erskine believes is responsible for the car crash that killed Julia.
James Hazeldine as Tom Crane was good, a coincidence I'm sure that Louise Jameson after leaving Tom Baker in Who , now is starring with another actor with a mop of brown curly hair! There's a definite resemblance between Hazeldine and Baker.
A fantastic first episode,
10/10
Last edited: Aug 21, 2018 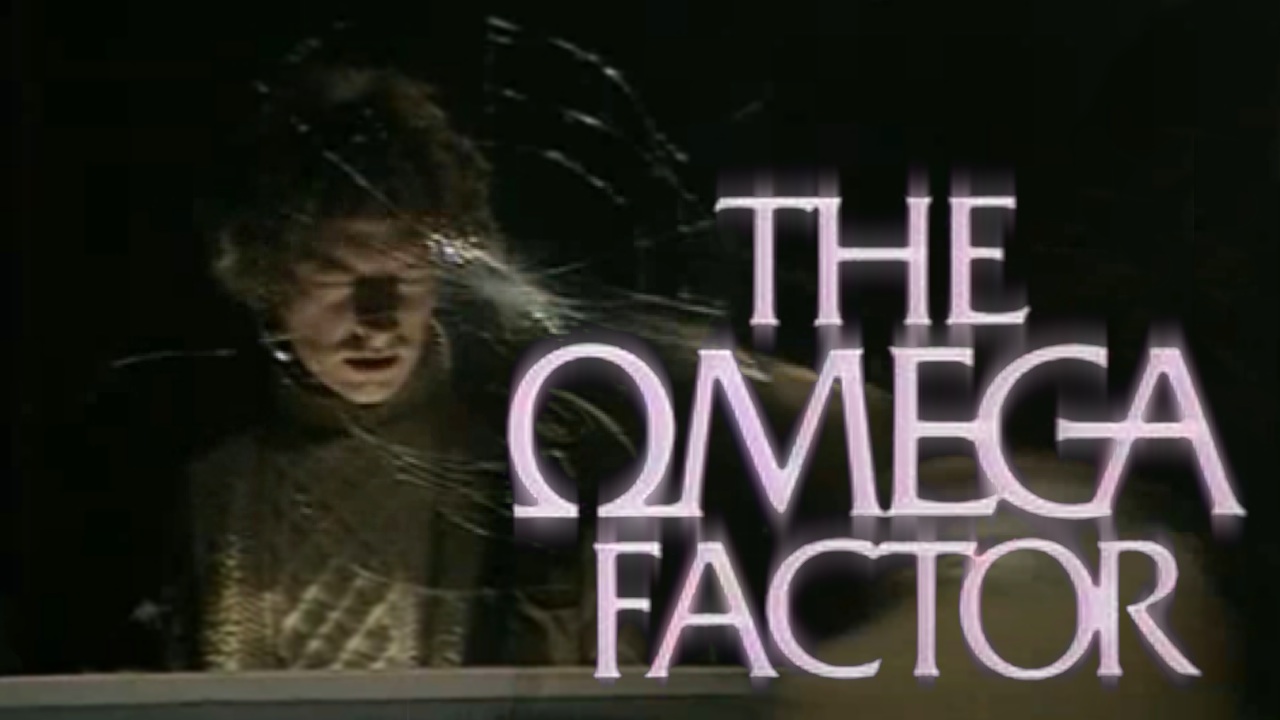 This is one of my favourite episodes of any television show. I've watched it many times and listened to the novelisation a bunch as well.
Tom Crane is a very likeable protagonist. He's charming, inquisitive and very resourceful but can be a bit cocky and quite head strong.
The slow building of the mystery in the episode is brilliantly done.
The background plot of department 7 and their experiments involving Tom without his knowledge lurks around. As michaellevenson points out by the end almost everyone Tom meets is involved in Department 7.
This leads to a steady building of unease. The blank images appearing in the paper, Tom's brothers walking holiday and connection with Martindale and Julia's early arrival.
There is something going on to put you at unease throughout and that doesn't even touch on Tom's own investigation.
It makes sense Tom is following up on a successful first piece and is now investigating things like ESP and telekinesis.
He starts off fairly skeptical and them meeting with Oliphant is played so you aren't sure if he is telling the truth or spinning a yarn for more libations (booze). I really liked how Tom is not like say Fox Mulder. He hasn't seen enough to convince him yet.
This leads to Edinburgh which is a fantastic setting. Full of mysterious alleys and old buildings. One of these alleys leads to Drexel.
The scenes in the book shop are excellent. Morag sitting there saying nothing, Drexel's initial friendliness, eventually giving away to palpable menace. Tom unwisely baits him on his return and perhaps unconsciously spikes Drexel's interest by mentioning a womans disapearance. By the time he leaves you know he is in trouble and Tom is only just becoming aware of it too.
Drexel's powers are kept very vague and this works to the shows advantage. The fear as the lights go out and Tom runs just bleeds from the screen.
Then we have Tom's relationship with Anne and the investigation they go on to find the woman who has disappeared. This again is brilliant as Tom's visions turn out to be landmarks on the way. It is creepy and enthralling throughout till the final discovery.
It is amazing how quickly the two bond and events later on cause this to accelerate.
The car crash comes at a clever point. The mystery builds with Tom seeing Julia prior to her arrival in a car with Martindale. Once Julia arrives she dispells this and you do begin to wonder how much of what Tom is seeing is real. The tension reduces as the two go for a meal only for Morag to appear in the road leading to the crash.
By the end of the episode you have a wounded protagonist who is out to revenge his loss and a clear and powerful antagonist. A new friend but with ties to an organisation that might not quite be trustworthy.
I can watch this episode standalone but it always makes me want to watch more and see how it will play out which is exactly what you want from a show opener.

10 brilliant intros with awesome creepy music, out of 10

Regarding Tom's hallucinations, presumably they were all images sent by Dept7 via Michael Crane , could Julia sitting in Martindale's car be another one? I know Julia sometimes worked for Scott-Erskine and therefore knew of Roy, probably,but i can't see why she needed to see him before meeting Tom at the station, why not later. What was so urgent. Mysterious .
It was a refreshing change to use BBC Scotland to produce this, Edinburgh looks cool, must visit it someday.

Watching it back knowing that Julia is involved with Section 7 is interesting.
The opening scene where Tom awakes from Michaels projections, first time through Julia comes off as a concerned wife. This time I noticed she is awake and watching Tom before she reassures him. Does she know now that Tom is being experimented on? Her look of concern when he goes to read the paper could have a double meaning, concern for Tom's dreams or unsure if she should allow it to continue.
When Tom rings Michael there is no reaction from him indicating he knows the experiments involve Tom. I wonder how much Michael has been told. I can't remember if it is revealed later if he knew he was trying to project to Tom.


michaellevenson said:
Regarding Tom's hallucinations, presumably they were all images sent by Dept7 via Michael Crane , could Julia sitting in Martindale's car be another one? I know Julia sometimes worked for Scott-Erskine and therefore knew of Roy, probably,but i can't see why she needed to see him before meeting Tom at the station, why not later. What was so urgent. Mysterious .
Click to expand...

Unless it was accidental I don't see why they would want to make Tom hallucinate this.
I am suspicious that Martindale contacted Julia after Tom mentioned Drexel at the dinner party. I think Julia was getting more concerned for Tom's safety and arranged to meet Martindale by getting an earlier train. When she is in the car with him she seems to be giving him a hard time.
It's a chance encounter that Tom is near the station at the time Julia is just leaving with Martindale (or perhaps influenced by Tom's abilities) if he had been a couple of minutes later he would have no idea she had arrived. Also it's not clear where Tom had been just before this. I suspect the police station as he will have reported the body and been asked a lot of questions and then was on his way to Drexels only to happen to pass by the station.
If this is right Julia must be very practised as she doesn't show any surprise when Tom asks her if she got off that train or when he mentions Martindale.

I'm not sure where Tom gets his images that lead him to the body of Margaret Christie but I think they might have come from either Morag or even Drexel himself. The first time he has the images is the scene after he first meets them. The second is the morning after the attack when he is looking at a picture of Margaret.
I wonder if there was some sort of transference during these encounters. Morag might do it as it's not clear how complicit she is with Drexels actions. Drexel may have done it as a test for Tom or perhaps accidentally.

The car crash is really an impressive scene. The face of Margaret slowly turning towards Tom is chilling and then the car hitting the tree looks real. Julias dead eyes looking out and the blood stain on the windscreen matching the symbol from before. There's no scary music, no shouts of anguish from Tom just silence and a disbelieving stare.

I've been to Edinburgh a couple of times when I was studying at St Andrews but I would like to go back to have a proper look round. It would be good to see if I could find a few locations from the show, as many of the buildings probably have protected status it won't have changed that much.


Finally at the dinner party the way Martindale delivers the line "There is nothing to fear" reminded me of the Big Finish Cyberman series.

Michael I think must have known Tom is involved in the dream experiment as he has to direct images to him.
Julia must know Tom is being tested by Dept 7 for his abilities. I wonder if Dept 7 sent him the images of Margaret Christie. We don't know why she chose the Cochrane Club to kill herself, did Drexel take her there or suggest she does it there. She was in a locked from the inside(?) room, so was Drexel even there to get images to send to Tom. Perhaps Tom can just pick up images from newspaper, but that seems unlikely. We only know for sure that Dept 7 were sending him images.

michaellevenson said:
We don't know why she chose the Cochrane Club to kill herself, did Drexel take her there or suggest she does it there. She was in a locked from the inside(?) room, so was Drexel even there to get images to send to Tom.
Click to expand...

As far as I remember the novelisation seems to suggest Drexel influenced her and she locked herself in and cut her wrists. The book or the audiobook (read by Louise Jameson) are well worth the time. Unless it happens later it also features a phone call to Oliphant than I don't think occurs in the tv series.

Perhaps department 7 sent him the initial image or brought his attention to it Margaret but I really think he got the rest from either Drexel or Morag. The alternative is that he got it from Margaret herself perhaps projecting to him from the other side or as she was dying.


michaellevenson said:
Michael I think must have known Tom is involved in the dream experiment as he has to direct images to him.
Click to expand...

I think this is highly likely. It just seemed odd he shows no reaction to Tom ringing, it must have crossed his mind what effect the experiments were having on his brother. I suppose Julia may have been in contact with him reassuring him no harm was being done.
You must log in or register to reply here.
Share:
Facebook Twitter Reddit Pinterest Tumblr WhatsApp Email Link
Top