Review TV: One Season Wonders That You Still Mourn the Loss of!

So here's the deal, it's possible that I'm in the process of becoming the "Queen of Crazy Questions". I'm not saying "padded room" type crazy, just the things that are occasionally left unconsidered or overlooked. What can I say? Color me curious and laugh at the fact that I live in a world that celebrates lateral thinking which isn't necessarily applied to problem solving alone.

Tonight's question (like others I've pondered) comes from a moment of clarity when something just pops into my head and I can't move on from it without putting it out there for some kind of consideration.

So with that in mind, what shows did you fall in love with only to watch them be cancelled; leaving you melting like the cake in rainy MacArther's Park (reference to an old 60's song that I heard a couple bars of the other day and is also now stuck in my head... and yes, it's a bloody mess in here!).

Once again, in no particular order and as always subject to change:

Firefly (because if nothing else, Rev. Book's background is going to haunt me to my grave).

Almost Human (because it had everything and required a lot of mental juggling just to keep up).

King & Maxwell (chemistry, a great sense of humor and a perfect cast).

Cracked (OK so it actually got two seasons but the second was short and it is my list after-all).

The Unusuals (Jeremy Renner and some of the funniest cop stories ever).

Gravity (Brilliant Sci-Fi marketed as, well... some other kind of schlock).

Missing (Ashley Judd & Sean Bean, it should have grown legs and run!).

Awake (Jason Isaacs and a mind-bending story about life & death).

And in case your curious, I stream my TV on an Amazon Fire TV Box with KODI installed on it so I get access to any number of shows I would never have known about otherwise... which isn't cheating because I outright refused to keep funding shows about the Kardashians and "Housewives" so cutting my cable box still feels like a win!

I was really starting to get into Jericho before it was cancelled. I've given up watching shows as they air and now wait until they're a few seasons in before committing (to make sure they don't just vanish).

Hux said:
I was really starting to get into Jericho before it was cancelled. I've given up watching shows as they air and now wait until they're a few seasons in before committing (to make sure they don't just vanish).
Click to expand...

I feel your pain Hux! There've been many times when I'd watch a pilot and not go back until I saw the show get picked up for a second. But in the end, my hunger for quality TV kept bringing me back despite myself.....

Four of the top of my head.

Firefly: clearly one if the best sci-fi series to hit television.

Journeyman: I am a sucker for time travel stories. This clearly had potential . Apparently it was all setting up a story resolution revolving around the young son.

Second Chance: After his death, corrupt sheriff Jimmy Pritchard, is reborn in a cloned younger version of his body.

Lost count of the times I have become invested in a television show, only for it to be cancelled by (or before) the end of season 1.

Staff member
VIP
Of course Firefly, but also My So Called Life and Freaks and Geeks.

Janine The Barefoot said:
Firefly (because if nothing else, Rev. Book's background is going to haunt me to my grave).
Click to expand...

Check out the comic books. Either Joss or his brother wrote one that went into his background, and explained how he ended up a shepherd.


I really liked the concept and was disappointed when it got cancelled.

Yeah, I caught a couple of them. Nice idea but presented in quite a bland way. A character existing in two realities would work better if the second reality was more interesting, rather then just a dead wife.

The Man in the High Castle is toying with that idea, I think.

I've mentioned most of these in the Cult TV thread, but here goes:

Firefly - You guys know what it's about.

Nightmare Cafe - Two people die and are brought back to work the night shift at a weird cafe, run by Blackie (played by Robert Englund), an immortal who looks to help good people and punish the bad.

Dark Shadows Revival - A primetime redo of the classic Gothic soap opera. The story starts right off the bat with the introduction of Barnabas Collins, and incorporated the time travel storyline with Victoria traveling to the time when Barnabas was turned.

Brimstone - A cop's wife is raped. He eventually found the rapist, and murdered him. Because he enjoyed killing him, he is sent to hell. The Devil brings him back to help hunt down a group of the worst souls that have escaped.

The Book Of Daniel - Aidan Quinn plays an Episcopalian vicar who uses prescription meds, has a dysfunctional family, and has visions of a hippie Jesus. Cancelled because the fundamentalists cried out loud enough about their BS claims of blasphemy.

chainsaw_metal1 said:
Either Joss or his brother wrote one that went into his background, and explained how he ended up a shepherd.
Click to expand...

Holy Cats Batman!!! Seriously????? We debated for years weather or not he'd gone from being a military leader (he always knew just a little too much about how the Alliance worked in that dept.) into the ministry. His death in Serenity, much like that of Wash, felt like a physical blow to the heart.

and dancing bunnies just for you!

cause everyone needs dancing bunnies.

I remember that show! It looked like such a great premise and then after a couple of eps... I think it kinda lost me. I'll have to go back for another "look-see".

I strongly agree. That was the show that really made me start hunting down everything else that J. Issacs had ever been in. It was smart, incredibly subtle and well thought-out and loosing it was just a damn shame.

I realise that I am possibly the only person on the planet that will have the following viewpoint, but I kinda miss Terra Nova....

And it ended on a cliffhanger too. Something about pirates.

I have never really recovered.

Doctor Omega said:
I realise that I am possibly the only person on the planet that will have the following viewpoint, but I kinda miss Terra Nova....

And it ended on a cliffhanger too. Something about pirates.

I have never really recovered.

I saw it, liked it and thought it had potential.

Naturally, that meant it was never seen or heard from again...

I thought I was alone!

Great to hear that somebody else had time for the show!

TheSowIsMine said:
Of course Firefly, but also My So Called Life and Freaks and Geeks.
Click to expand...

Those shows were awesome. I never understood why they go cancelled. Don't remember them have low rates of audience. I knew many that felt the same.

"All the vampires walkin' through the valley
Move west down Ventura Blvd.
And all the bad boys are standing in the shadows
All the good girls are home with broken hearts"

By: Tom Petty & The Heatbreakers

~Heck I am still heart broken over the cancellation of Still Star-Crossed. It was a beautiful, sweet, diverse show that had a lot of passion, thrills and action. And sadly ABC caned it right away. I still think the mistake was that they released it in the summer. If the show was released during the fall season then majority of the reviewers would've been teens and on a school nights they would have stay in to watch the Still Star-Crossed. The show had an excellent plot, beautiful historical fic setting, & the hot actors. Too bad it ended so soon and an banging cliffhanger. 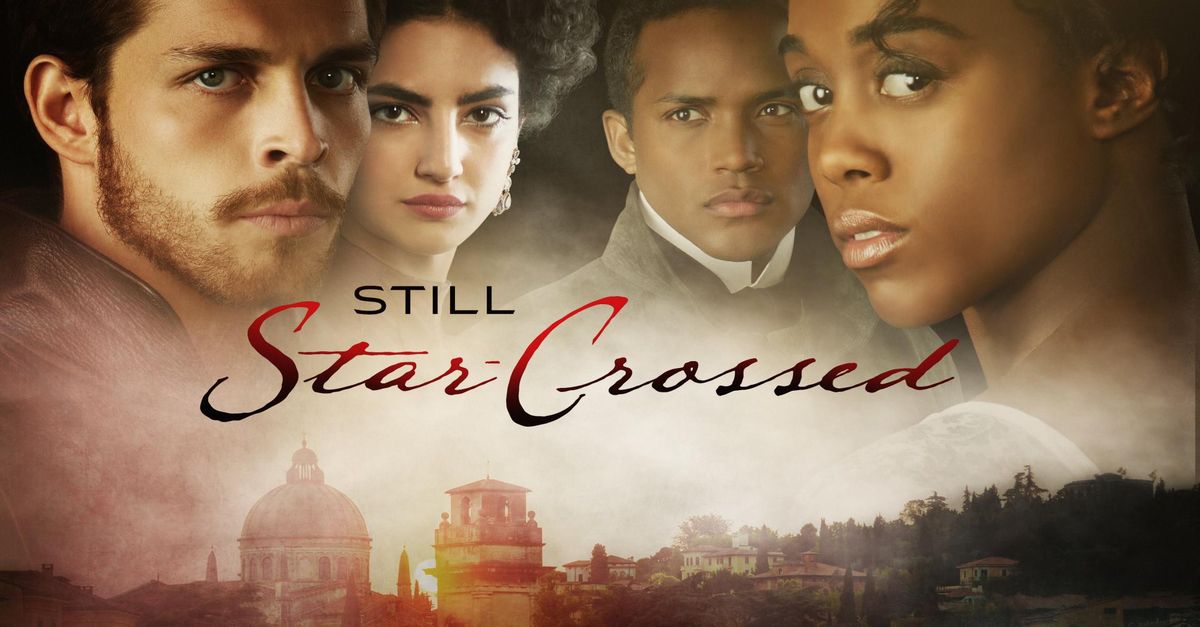 "All the vampires walkin' through the valley
Move west down Ventura Blvd.
And all the bad boys are standing in the shadows
All the good girls are home with broken hearts"