Young Adventurer Nathan Drake and his mentor, Victor Sullivan go on a quest to find The Lost City of Atlantis.

Staff member
VIP
Holland On Candidates For Sully In “Uncharted”

A surprising announcement last week was that “Spider-Man: Homecoming” star Tom Holland has been set to play Nathan Drake in the long-gestating film based on the “Uncharted” game franchise.

Holland is decidedly younger than Drake in the games who is portrayed more as a thirty & fortysomething roguish adventurer and charmer type along the lines of actors like Chris Pratt and younger versions of Harrison Ford and Nathan Fillion.

The upside is that the choice to go young with the actor and character certainly offers plenty of future life for the franchise should it succeed, and will avoid direct comparisons with the game – allowing the films to forge their own path. A big part of that though will be getting the rest of the film’s casting right, most notably Drake’s older partner in crime, Victor “Sully” Sullivan.

Holland, speaking with Yahoo Movies this week, has offered up some ideas about who he’d like to see playing Sully:

“I think Jake Gyllenhaal could be really cool. But I actually went to the Jurassic World 2 film set the other day to visit my friend who’s directing it and Chris Pratt is on that film, who I’ve become very good friends with over the last few months. I think he would be a great Sully, I think it could be cool.

Because if it was an older movie, I would say that Chris should play Nathan, but I think he would be a cool Sully, and I love working with Chris, so if I could work with Chris some more that would be great.”

In late 2014, Pratt passed on the Nathan Drake role back when the project was a more traditional adaptation of the game series. Mark Wahlberg had been previously attached to an earlier incarnation of the project, while the likes of Karl Urban and Frank Grillo were also discussed amongst fans.

At last report, Shawn Levy was directing and Joe Carnahan had finished a new draft of the script for what was dubbed an R-rated action feature. However, the new take, which has been traced to Sony Pictures head Tom Rothman, means things will likely change again. In the same chat, Holland discussed how he and Rothman came up with the young Drake origin story angle:

“It’s an exciting one, didn’t know much about it. It was a conversation I had with Tom Rothman, about the potential of different movies that I’d like to work with for Sony, and I had the idea that maybe a young Nathan Drake is something that audiences would be very interested in. I met Shawn at the MTV Awards and we had a brief chat about the potential of doing an origin story, rather than copying what the games have done, and it seems like people are really excited about it.”

No production schedule or release date has been announced as yet.

head of the game’s release this coming week, Sony PlayStation and Naughty Dog have released the launch trailer for “Uncharted: The Lost Legacy,” the upcoming standalone spin-off title of the adventure game series.

In the title, Chloe Frazer must enlist the aid of renowned mercenary Nadine Ross in order to recover a fabled ancient Indian artifact, a relic from the Hoysala Empire, and keep it out of the hands of a ruthless war profiteer.

Reviews wise the game is sitting on a quite pretty 86/100 on Metacritic, the weakest of the five games to date but very close to the main series (the previous four scored 88, 96, 92 & 93 respectively).

The game will be available for $39.99 on August 22nd, but those who bought deluxe editions of “Uncharted 4: A Thief’s End” will get the game as a digital download at launch

Staff member
VIP
Levy On How To Adapt “Uncharted” For Film

After languishing for years, the film adaptation of Sony’s celebrated “Uncharted” video game franchise got a kick in the pants when current Spider-Man actor Tom Holland came on board as Nathan Drake.

As a result, the project was retooled and turned into more of an origin story, an interesting approach as it tackles an area that the games hadn’t really touched on before beyond some minor flashbacks in the third and fourth titles which were more when Drake was a kid as opposed to a young adult.

Filmmaker Shawn Levy is attached to helm the project which most recently had a script by director Joe Carnahan, though that was before Holland’s involvement. There’s currently no word on when the movie will go into production, but speaking with Nerdist this week, Levy discussed the cinematic potential he sees in the property:

“For me, it was a fact that the game is awesome; the spirit of the game, with its action set pieces, it’s imaginative setting, and above all, the kind of rogue swagger of Nathan. Those are things that I think make for a great movie.

And, for me, the kind of the big, like the aha moment, if you want to call it that, was I met with Tom Holland and he kind of put it really succinctly and saying, if we do the origin of Drake, that is something that we haven’t seen as the plot of games 1, 2, 3, 4.

We’ve seen a snippet of an origin of Sully and Drake meeting in the past, but here’s maybe an opportunity to do a treasure-hunting action movie with attitude, with a protagonist – and chapter of the protagonist’s life – that you can’t get for free, at home, by just playing the game.

So, we’re trying to kind of take the spirit and the tone and the attitude of the game – and the crazy, visual spectacle of it — but apply it to this Drake chapter that you haven’t seen told. Hopefully, if we can get that right, what you’re doing is: you’re doing right by Uncharted, and you’re also giving an Indiana Jones-type franchise to an audience that didn’t grow up on Indiana Jones.”

Levy also understands that past film adaptations of video games fail to achieve critical and commercial success, and he thinks he has an idea as to why they don’t and how to use the right approach with “Uncharted”:

“Well, for one thing, as I think we’ve all seen as fans – for 15 years at least – straight adaptations of games. I don’t know that any have ever worked. Either they’re bad, or they’re decent but still unsuccessful… I don’t want to just do a live-action version of action sequences we’ve seen in the game; I want action sequences that are equal in audacity but aren’t what you played.

For now, there’s no release date being targeted by the “Uncharted” film. A new game in the series, the spin-off “Uncharted: The Lost Legacy,” hits game store shelves this week exclusively for the PS4.

“Breaking Bad” star Bryan Cranston is reportedly being considered for a key role in the upcoming film adaptation of the “Uncharted” video game series in development at Sony Pictures.

Tom Holland stars in the Shawn Levy-directed project as a young version of globe-trotting adventurer Nathan Drake with the film serving as something of an origin story before his adventures seeking El Dorado, Shambhala, Ubar and Libertalia.

Today That Hashtag Show reports that Cranston is being considered for a ‘large supporting role’ in the film which is tipped to be either mentor and friend Victor ‘Sully’ Sullivan, or the film’s villain.

Holland has previously pitched his dream picks for the role of Sully, but his picks of Chris Pratt and Jake Gyllenhaal are notably younger than Cranston.

Holland is expected to begin filming the currently-untitled “Spider-Man: Homecoming” sequel by mid-2018, so it’s not clear if “Uncharted” will film before or after that.

In a welcome bit of hiring, “10 Cloverfield Lane” helmer Dan Trachtenberg has been hired to direct the film adaptation of the Playstation video game franchise “Uncharted” for Sony Pictures.

“Spider-Man” actor Tom Holland plays the famed treasure hunter on his first mission with the professional rogue Sullivan. Trachtenberg replaces Shawn Levy, who had to depart the project due to scheduling conflicts.

Jonathan Rosenberg and Mark Walker penned the script while Charles Roven, Alex Gartner, and Ari and Avi Arad will produce. The aim is to begin filming before year’s end.

Trachtenberg has had experience in the realm, directing the celebrated short fan film “Portal: No Escape” based on that game franchise. He was at one point attached to helm the “Y: The Last Man” adaptation, and has helmed both “Black Mirror: Playtest” and the pilot episode of Amazon’s upcoming “The Boys” series.

Staff member
VIP
Four Up For Sully In “Uncharted” Film?


That Hashtag Show, who broke Holland’s casting news last year, reported the rumor saying these four are under consideration for the part with Hemsworth in the lead. Whoever wins will be paired with the twentysomething “Spider-Man” star as a much younger version of Drake than the one seen in the PlayStation video game series – as a result the Sully of the film will be cast decidedly younger too.

The site adds shooting could begin as early as this July. Hemsworth and Holland have co-starred in several films together from “In the Heart of the Sea” to the Marvel Studios “Avengers” films. In addition, Holland is Sony’s golden boy and Hemsworth has shot two films recently with the studio – “Ghostbusters” and “Men In Black: International”.

Dan Trachtenberg will helm the project.


In another blow for actor Tom Holland this week, filmmaker Dan Trachtenberg (“10 Cloverfield Lane,” “The Boys”) has exited the upcoming film adaptation of the “Uncharted” video game franchise at Sony Pictures.

Holland remains attached to star and sources indicate the studio is moving quickly to lock his replacement with meetings now underway with a new director to be in place by end of summer. Shooting is still on track to begin early next year.
Trachtenberg signed on eight months ago to the project and is hardly the first helmer attached to the film which has seen the likes of David O. Russell, Joe Carnahan, Neil Burger, Seth Gordon and Shawn Levy come and go at one time or another.
Also revealed today is the project will become the first feature production of Sony PlayStation Productions, which was set up on the Sony lot last year. Chuck Roven, Avi Arad, Alex Gartner, and Ari Arad will produce.
Scripted by Art Marcum, Matt Holloway and Rafe Judkins, the story serves as an origin for treasure hunter Nathan Drake from the Naughty Dog-published game series. The four titles in that series are not only critically acclaimed but have sold over 41 million copies to date.
Source: Deadline
Click to expand... 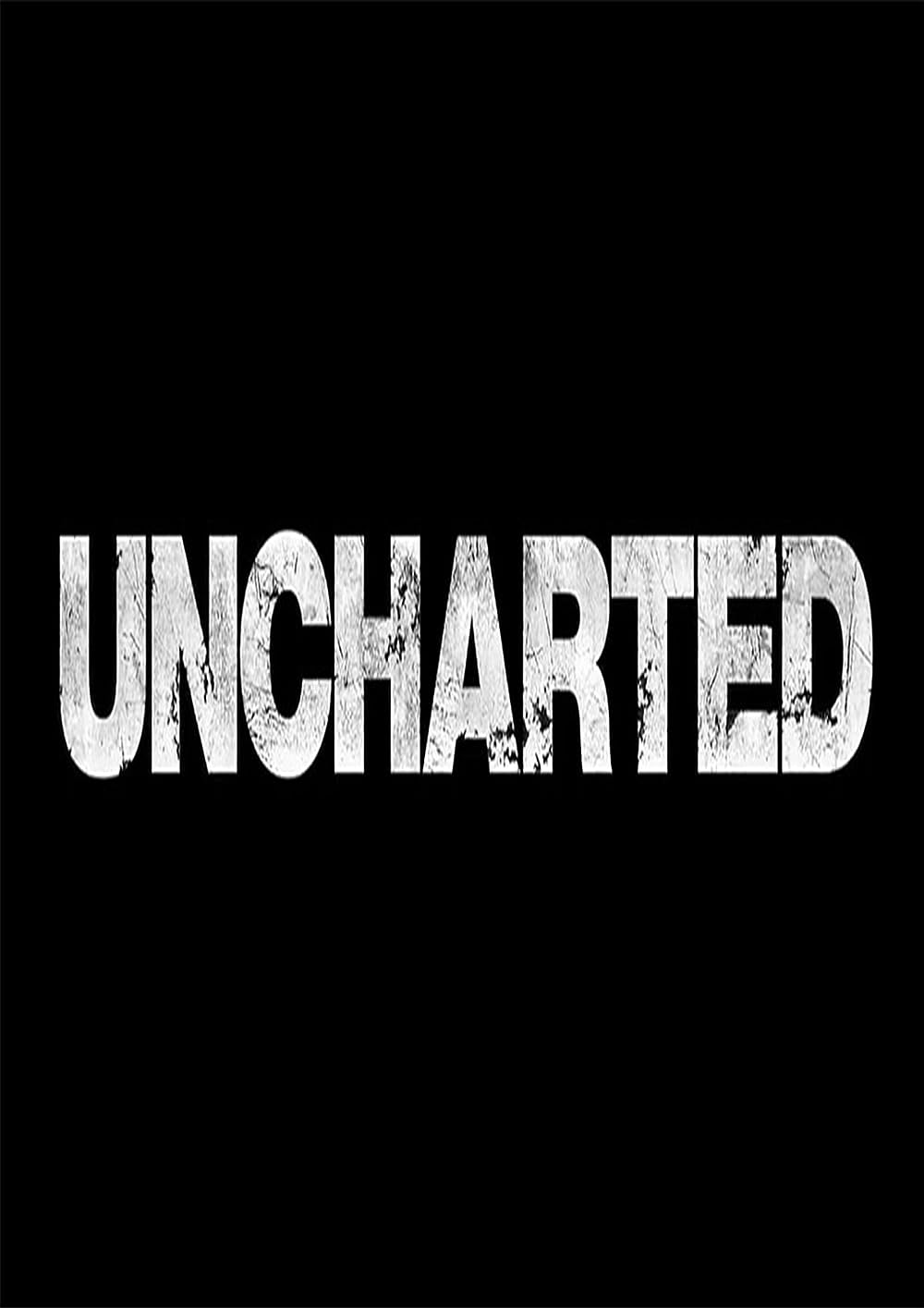 Uncharted: Directed by Ruben Fleischer. With Sophia Ali, Tom Holland, Tati Gabrielle, Mark Wahlberg. The story is a prequel to the games, starring Holland as a younger Drake, showing us details of how he came to meet and befriend Sully.

Actor Tom Holland has confirmed that filming has officially begun on the long-gestating film adaptation of PlayStation’s popular “Uncharted” video game series at Sony Pictures. Holland will play an early twentysomething version of game protagonist Nathan Drake who was in his thirties and early...