As Earth is invaded by alien tripod fighting machines, one family fights for survival.

I actually wrote a review of this movie on that other site:

I finally got around to seeing War of the Worlds (2005). I saw the 1953 version earlier this year, so that is fresh in my mind.

There are at least three scenes strongly reminiscent of the original:

1.) The scene with the probe examining the basement, followed by inquisitive aliens, as noted in the IMDb trivia.

2.) The scene where an alien machine crashes, and a dying alien emerges, arm first.

3.) The scene where Robbie seemingly throws his life away, like Uncle Matthew in the original.

Scene #3 is one of my beefs with this movie. While Uncle Matthew's death in the original still seems foolish, at least a justification was given (he was a pastor, and tried to make peace by communicating with the aliens). No justification is given for Robbie's actions, other than he's a moody teenager having a bad day. In the 1953 version, Uncle Matthew is incinerated. In the 2005 version, Robbie suddenly appears at the end, miraculously unharmed.

It's bad enough that Spielberg has this character seemingly throw his life away for no reason. It's even worse to resurrect him from what logically should have been a fiery doom, without any explanation whatsoever.

On the plus side, the film is never boring. Spielberg does a excellent job building and maintaining the tension, and the thrill-ride metaphor is more than apt. But that's also a problem. I never connected emotionally with any of these characters. I just sat and watched them run. In fact, I found the whole family rather annoying. The only character I felt for was the peanut butter sandwich, but I digress...

The main reason to see this flick is the special effects, which are outstanding. But with the plot holes and other flaws, I'm giving this movie 6/10. See it on the big screen, preferably as a matinée.

Started well but then struggled to keep my attention. Might have made for a good TV series (Falling Skies clearly mimicked the tone).

I know some people have a problem with keeping the book's ending (the aliens die because their immune system isn't designed to cope with earth bacteria) because how could the aliens not be prepared for that but I still think it's the best ending to an alien invasion story. For Well's time, it was a genius idea but even today, it's still very clever. Maybe the aliens did prepare for such an eventuality but it still wasn't enough.

Staff member
VIP
Just found this one uninspiring at the time.

Maybe need to rewatch it. 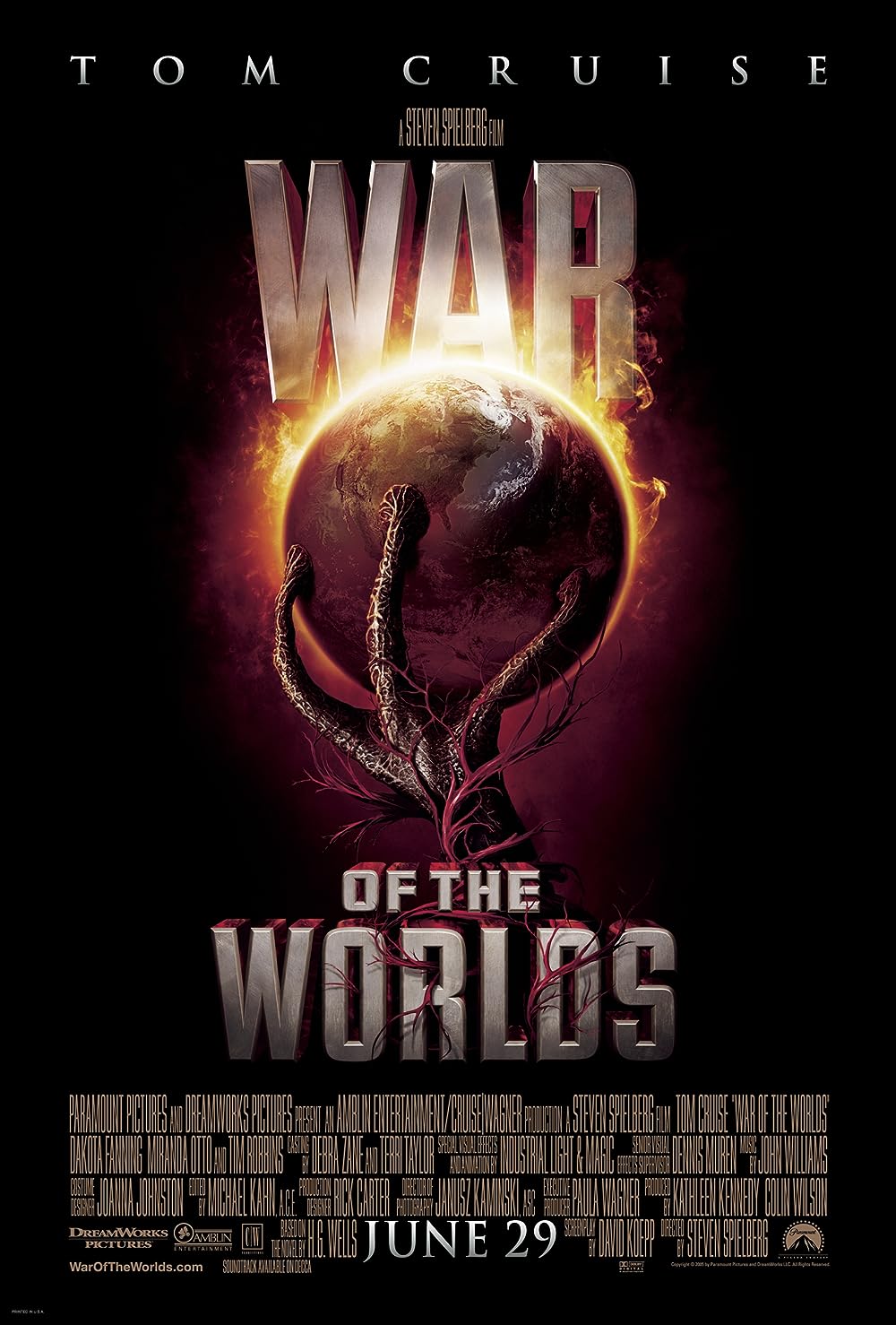 War of the Worlds: Directed by Steven Spielberg. With Tom Cruise, Dakota Fanning, Miranda Otto, Justin Chatwin. An alien invasion threatens the future of humanity. The catastrophic nightmare is depicted through the eyes of one American family fighting for survival.