Staff member
VIP
BBC is developing Victorian-era TV adaptation of The War of the Worlds
Peter Hartness will write the three-part series, slated to go into production next spring

The BBC are bringing H.G Wells' classic War of the Worlds to the small screen with a new three part Victorian Era set mini-series.

The series is due to go into production next spring and is about to start the grueling casting process. Peter Harness will write all three instalments, Harness is no stranger to sci-fi having written multiple episodes of Doctor Who. Harness also has experience adapting beloved and complex material with his sorely underrated work on Jonathan Strange and Mr. Norrell.


Aside from a direct to DVD movie released in 2005 (the same year as Steven Spielberg's version), every adaptation of War of the Worlds has abandoned the original Victorian Era setting as depicted in Wells' book. The BBC has been developing the project for the last two years, but now that the book has entered the public domain, we can expect a whole host of new War of the Worlds inspired movies and TV shows.

In London during the Edwardian era, George and Amy's attempt to start a life together is interrupted by a Martian invasion of Earth.

Interesting. I'll keep an eye out for it.

Excellent - and should lead very nicely into a sequel of Willy Russell's W.G.Grace's Last Case wherein Drs Grace, Watson and Jekyll all get mixed up in the return of the Martians.
One of the funniest books ever written NOT by Terry Pratchett.

Production has officially begun on the first-ever British TV adaptation of H.G. Wells’ iconic sci-fi work “The War of the Worlds”. The three-part BBC drama is currently filming in Liverpool and airs later this year.

Unlike previous adaptations which contemporised the action, this will stick to the original Victorian-era setting and horror tone and follows a group of people who face the escalating terror of an alien invasion.

Staff member
VIP
BBC War Of The Worlds trailer - Behind the scenes.


A short edited film of footage taken from the April 2018 filming of the Mammoth Screen adaptation of War Of The Worlds, starring Rafe Spall and Eleanor Tomlinson (Poldark) at Great Budworth, Northwich, Cheshire.

Staff member
VIP
BBC THE WAR OF THE WORLDS

Staff member
VIP
Turned out to be a load of boring crap from all accounts? 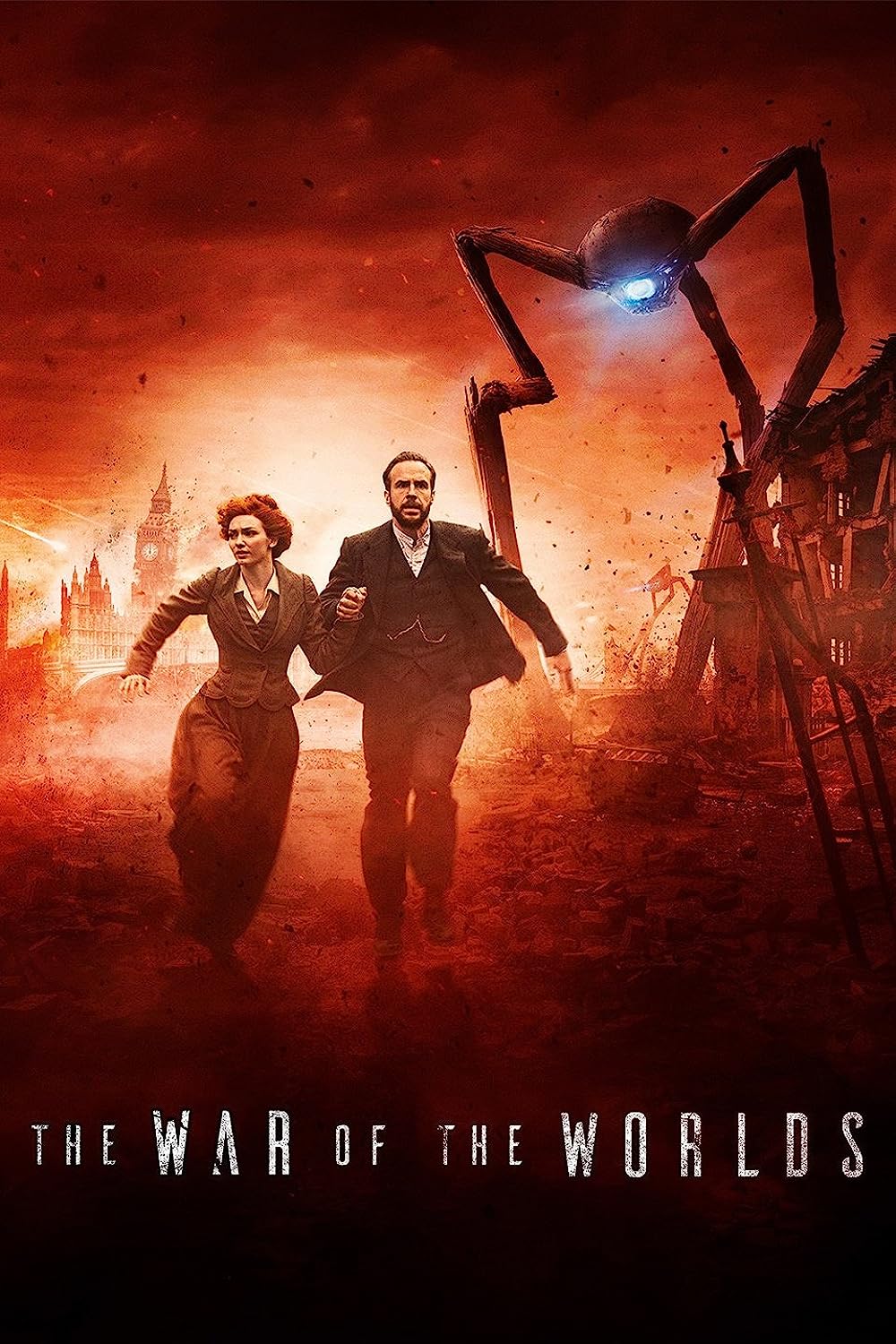 The War of the Worlds: With Eleanor Tomlinson, Rafe Spall, Robert Carlyle, Rupert Graves. In London during the Edwardian era, George and Amy's attempt to start a life together is interrupted by a Martian invasion of Earth.