Woody Woodpecker is an American live-action/computer-animated family comedy film produced by Mike Elliott and directed by Alex Zamm and based on the cartoon character of the same name created by Walter Lantz and Ben Hardaway. The film stars the voices of Eric Bauza as Woody Woodpecker. This film also stars Timothy Omundson as Lance Walters, a divorced attorney with a son and a new girlfriend who wants to build a dream home in a forest in the mountains of Pennsylvania, only to find out he is cutting down a tree in which the eponymous woodpecker lives. The film was released in Brazil on October 5, 2017 [3] It was released in the U.S. on DVD on February 6, 2018.

In the early 2010s, Universal Pictures and Illumination Entertainment planned a Woody Woodpecker feature film. John Altschuler and Dave Krinsky (King of the Hill) were in talks to develop a story,[6] but in July 2013, Illumination canceled the project.[7] In October 2013, Bill Kopp announced that Universal Pictures had hired him to direct an animated feature film with three interwoven stories.[8] On July 13, 2016, Cartoon Brew reported that Universal 1440 Entertainment was filming a live-action/CGI hybrid film based on Woody Woodpecker in Canada. Filming began in June 2016, and ended later in July of that year.

Box office
As of February 8, 2018, Woody Woodpecker has grossed $10.9 million. It debuted at $1.5 million, finishing second at the Brazilian box office behind Blade Runner 2049. The movie increased by +45.4% in its second weekend, moving to first place to $2.1 million. 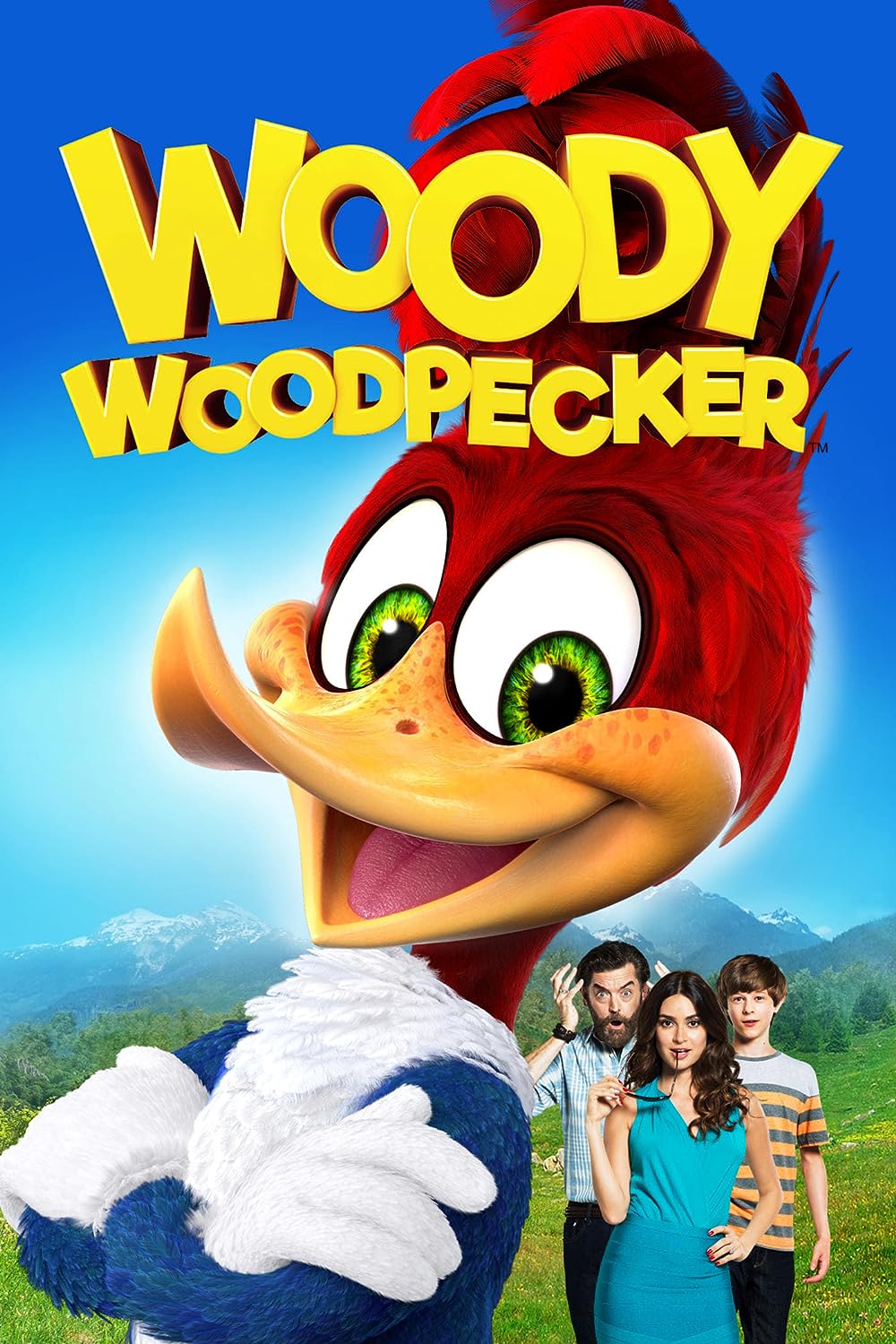 Woody Woodpecker: Directed by Alex Zamm. With Eric Bauza, Timothy Omundson, Graham Verchere, Jordana Largy. The hyperactive red-headed bird enters a turf war with a big city lawyer wanting to tear down his home in an effort to build a house to flip.

Alex Zamm spent 12 years getting Woody Woodpecker back into the spotlight. With a theatrical release in South America and a VOD release in the US, we spoke with Zamm about the Walter Lantz creation.
Click to expand...

Universal Studios made a film about Woody Woodpecker. It's bad.
Click to expand...