When Billy, a troubled young man, comes to private eye Cormoran Strike’s office to ask for his help investigating a crime he thinks he witnessed as a child, Strike is left deeply unsettled. While Billy is obviously mentally distressed, and cannot remember many concrete details, there is something sincere about him and his story. But before Strike can question him further, Billy bolts from his office in a panic.

Trying to get to the bottom of Billy’s story, Strike and Robin Ellacott—once his assistant, now a partner in the agency—set off on a twisting trail that leads them through the backstreets of London, into a secretive inner sanctum within Parliament, and to a beautiful but sinister manor house deep in the countryside.

And during this labyrinthine investigation, Strike’s own life is far from straightforward: his newfound fame as a private eye means he can no longer operate behind the scenes as he once did. Plus, his relationship with his former assistant is more fraught than it ever has been—Robin is now invaluable to Strike in the business, but their personal relationship is much, much trickier than that.

Staff member
VIP
Apparently people have been complaining that this latest instalment is twice as long as it needs to be, presumably because nobody dares to edit Rowling these days. One of the drawbacks of being a mega-successful author I guess?

Harry Potter will come out as bisexual and have a love affair with Ron Weasley in a new spin-off book series, JK Rowling has confirmed.

The new trilogy of novels will take place 19 years after the events of Harry Potter and the Deathly Hallows, which saw Harry marry his best friend’s sister, Ginny Weasley.


In the first book of the new series, entitled Harry Potter and the Enchanted Tryst, the titular character will share an “intimate experience” with Ron. The novel is due for publication on February 30, 2021.

News of the bisexual plot twist follows recent backlash to JK Rowling’s announcement that Dumbledore is gay. Last month, the author revealed that the fan favourite headmaster had a “sexual relationship” with dark wizard Gellert Grindelwald.


Fans responded with gay Dumbledore memes, making light of the author’s penchant for retroactive inclusion of diversity in the Harry Potter universe, given the absence of visibly queer characters from the books and movies themselves.

A spokesperson for the author told PinkNews: “JK Rowling is really excited to explore Harry Potter’s sexuality in this new series. It’s a new chapter for the wizard, who still has a lot to learn, even after leaving Hogwarts.”


Asked why the author never addressed Harry’s bisexuality in the original series, the spokesperson said that Rowling had intended to touch on it in one of the later books, but was advised not to.

“At the time, there was a lot of resistance to the idea of an openly queer character in a mainstream children’s book. But times have changed, and JK Rowling is keen to reflect that in her work.”

Fan reaction to the news has been mixed. One fan tweeted, “HARRY POTTER IS BISEXUAL AND I AM HERE FOR IT!”


Another fan tweeted, “Sucks to be Ginny right now but I am too happy to care #sorrynotsorry.”

But other fans expressed their scepticism about the queer storyline. One Twitter user wrote, “JK Rowling is more desperate than Paris Hilton to stay relevant. STOP QUEERBAITING, thank u next.”

In a similar vein, a fan tweeted, “JK Rowling doing the most to make her books relevant in 20 years. No magic spell?!”

In addition to this new trilogy, Rowling is working on a Netflix series to adapt the new books, which will commence production after the first book’s release.

It is unclear whether Daniel Radcliffe will reprise the role of Harry Potter for the Netflix series, with One Direction singer Harry Styles rumoured to take on the role.

Styles’ song, “Medicine,’” has been hailed as a “bisexual anthem,” with many fans speculating that the singer might be bisexual.

OH FFS. Fame has obviously killed some of Rowling’s brain cells. You can also see it in her politics, among other things.

Rumors abound that this was all an April Fool's prank. While I would have loved for her to actually have had some LGBT representation at the time of publishing, there was no way the publisher was going to allow it. And the idea that Harry would cheat on Ginny with her brother? Yeah, this reeks of internet shenanigans.

And what of JK's politics? She hates tRump. What else do I have to know about her?

Staff member
VIP
The possibility that this might be an April Fool's hoax never occurred to me.

I fear one of these moments may be looming......

I shall be appropriately humbled when this possible IMDF disaster is confirmed.

chainsaw_metal1 said:
And what of JK's politics? She hates tRump. What else do I have to know about her?
Click to expand...

Being anti-Trump is not enough. I hate her because she criticizes Jeremy Corbyn as being an anti-Semite because he expresses some sympathy for Palestinians. In fact her latest book is about an anti-Semite who hates Israel.

The Seeker said:
I consider empathy for Palestinians as a litmus test for somebody's humanity overall.
Click to expand...

I actually didn't know that she had taken such a stance. So I thank you for pointing that out to me. And I couldn't agree more with you. Empathy for Palestine should not be considered being anti-Semitic.

.... for thoroughly researched reporting and journalism.

The Seeker said:
It sounded plausible.

And that's the real problem with most franchises these days...

The ridiculous shit that could actually happen.

J.K. Rowling, Writer: Harry Potter and the Deathly Hallows: Part 2. Joanne Rowling was born in Yate, near Bristol, a few miles south of a town called Dursley ("Harry Potter"'s Muggle-family). Her father Peter Rowling was an engineer for Rolls Royce in Bristol at this time. Her mother, Anne, was... 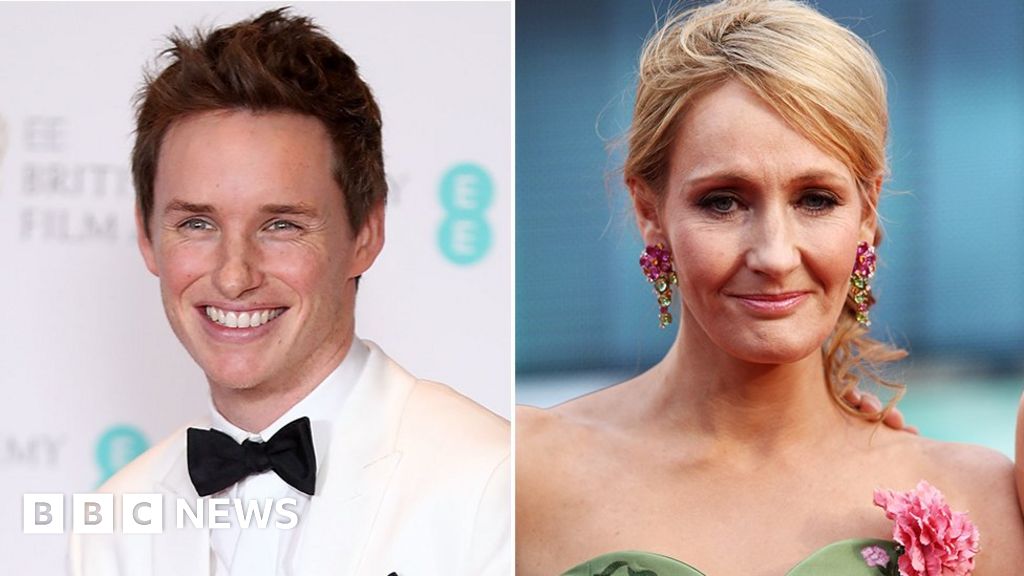 Following much debate, “Harry Potter” author J.K. Rowling has set out to clarify statements she made about the trans community on Saturday on Twitter. Those earlier comments drew rebuke from not just many online and organisations like GLAAD, but also the two leading male stars of the film... 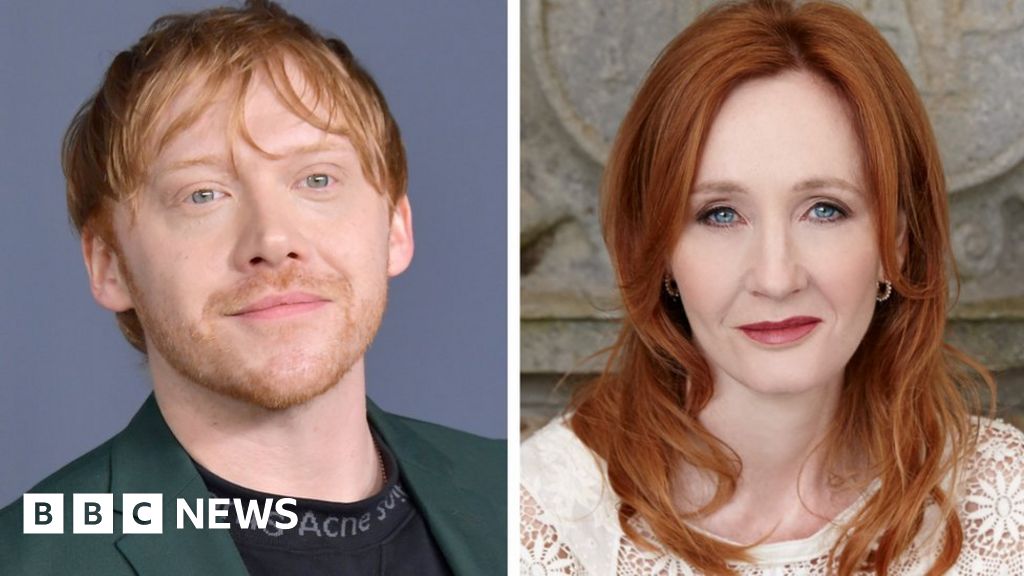 The Harry Potter star says trans people "should be entitled to live with love and without judgment".
www.bbc.co.uk

If you look at the list of signatories on this letter, well, a lot of them are problematic. 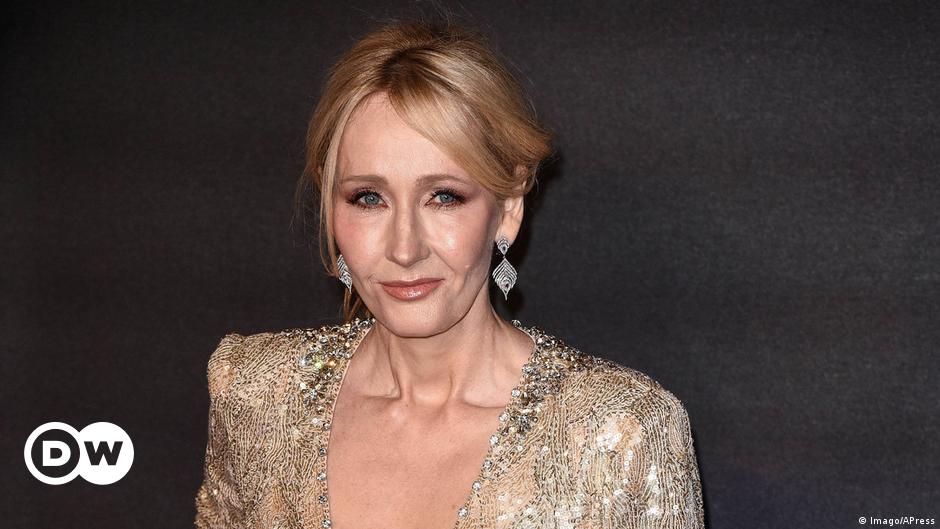 The publication of a letter in Harper's Magazine signed by 150 world-renowned academics, writers and artists to further free speech has amped up social media outrage after it was signed by "canceled" J. K. Rowling.