Found this series by luck really.
Amazon sent me an email recommending this.
Three series of spy stories,crime stories, with an unusual twist. The protagonists Oldenshaw and Dimmock never leave a room in Scotland Yard, the aforementioned room 17. Every scene of our two heroes is in this room. However these are powerful guys. The chief of the Met.London Police has to politely knock on the door to gain admittance. Oldenshaw and Dimmock can pick up one of the numerous phones they have and give orders to agents all over the world. They're like chess masters moving pawns around. Obviously it would be dull to just have the whole show in room 17, actually only about 20 minutes of the 50 have them on screen, the rest is the agent of the week being instructed and guided by Oldenshaw and Dimmock. The plots are often complex, mostly actually set abroad, the sort of plots you'd get in any ITC series, but everything guided by these 40 somethings in London who spend a large amount of time arguing while working out schemes to topple dictators, steal valuable papers, snare crooks etc.
Three series made , 1 and 3 with Richard Vernon and Michael Aldridge ,series 2 with Denholm Elliott playing Imlac Defraits replacing Dimmock as Aldridge was taken ill.
Plenty of top British talent playing either the agent in the field of the week or one of the villains. Recommend. No YouTube sadly, but dvds readily available on Amazon.
Last edited: Sep 25, 2021

Oldenshaw more the logical planner of the team, Dimmock the gadgets man and risk taker. 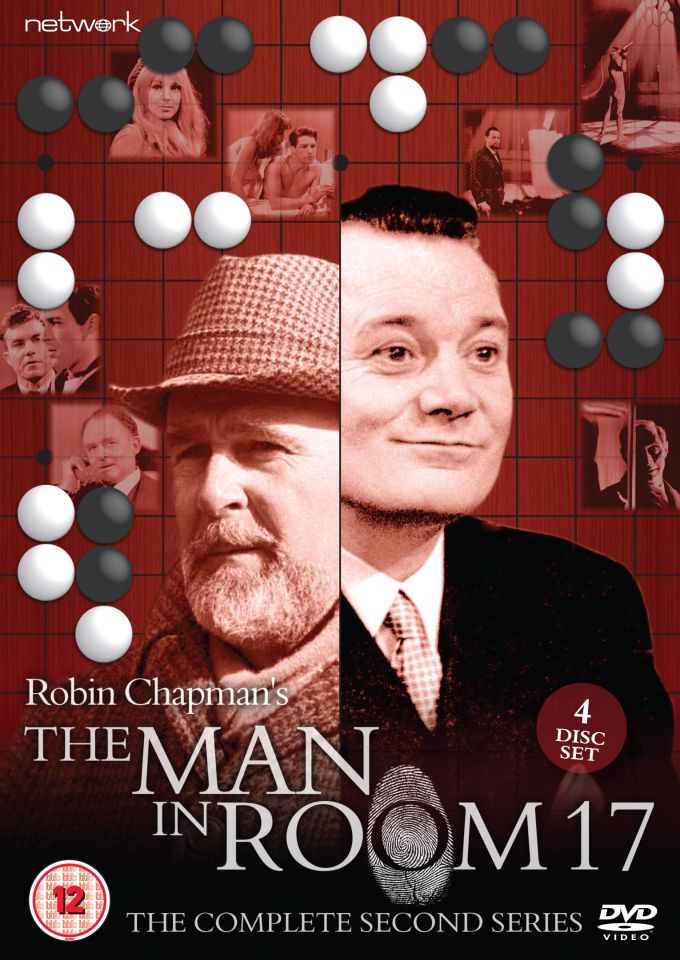 Oldenshaw and Dimmock plotting their next move in the world of espionage without leaving room17. 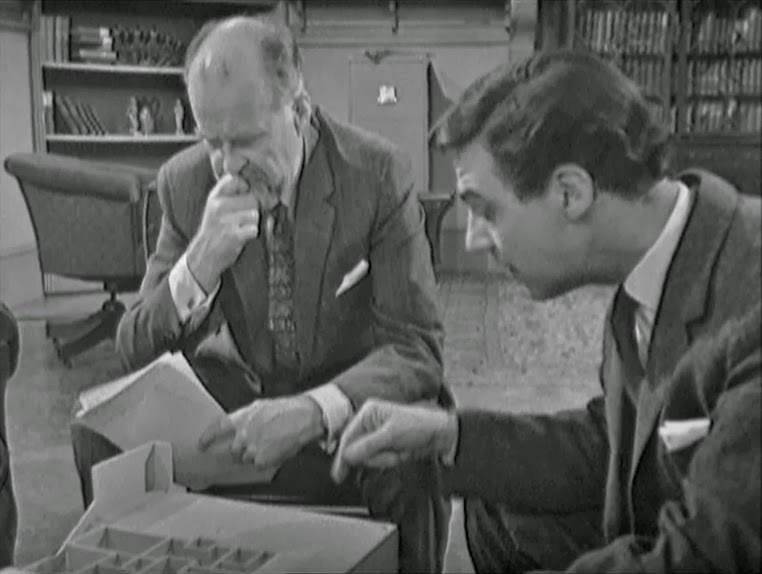 In series 3 Dimmock returned and the setting was no longer room 17 but at Cambridge University, and a title change to ; The Fellows ( late of room 17)

Sounds really good. I'm going to have to check this out.

This looks really interesting. It made me think of the movie Rope by Hitchcock with that single room approach (though single apartment in the movie). Gonna seek out this one, Thank you.

Well, good news, a fair number of episodes on YouTube including episode 1 which has Dinsdale Landen ( Fenric) and Vladek Sheybal( UFO's Doug Jackson).