Nikos is driving Leandros car, Elena and Alexis are in the back. The car has no brakes, the result of sabotage by Matheos Noukakis. The car plunges off the road and down a ravine.
Later....police and ambulance are on the scene. Major Krasakis arrives bringing Annika, Leandros and Babis. The bodies of Nikos and Alexis are on stretchers. Leandros runs to the upturned car screaming ,
H " ELENA! ELENA! "
He desperately tries to reach her, her body still in the car. He is holding onto her hand crying, screaming with grief. Krasakis gently pulls him away.
Kr " it's no good Leandros. Can you not see that? They are all dead"
M

In Katerina Matakis villa, Matheos is confident Leandros is dead, or soon will be.
M " he will not return to Alunda alive. Now, our bargain, your son's inheritance and the job at your brickworks is mine"
K " when I have confirmation of what you say"
The doorbell rings.
M" here maybe is your confirmation. Remember I'm here to discuss a job with you, nothing more"
Matheos leaves to answer the door. Katerina stares at a carving over the door of her drawing room leading into the hallway. The carving is in plaster mould and depicts a female goddess.
K " oh Themis, goddess of justice. It is done, I Katerina Matakis am the instigator of your will"
Babis and Annika enter, Matheos stays by the door.
A " I bring bad news mother. An accident happened near my home"
K " accident?"
A " Leandros's car left the road and fell 100 feet"
K " and the Englishman is dead, that is what you tell me?"
Annika collapses in tears, Babis says,
B " no Katerina, Nikos was driving, his car wouldn't start, he borrowed Leandros car. Elena and Alexis were in the car. All three are dead"
K." No! Elena , Alexis Nikos HOW?! ( to the carving) Themis what trick is this? ( to Matheos) What have you done? Noukakis,...Matheos Noukakis I curse you..I ...I. .."
Katerina collapses in her chair.
Babis " I'll get a doctor"
Matheos unsurprisingly scarpers pronto.
Last edited: Jul 22, 2018
M

Major Krasakis is with Babis in his office.
K " Mr Spiridakis I have just spoken to my people on the phone. Leandros car has been examined, and the brakes were crudely but effectively sabotaged. I have a firm belief that Matheos Noukskis is involved and tried to kill Leandros. He has disappeared from his house and has been spotted with his brother Georgiou heading to the mountains, armed. Also I found this, a letter signed by Katerina Matakis, a pact between them to kill Leandros"
B " Katerina has had a stroke, she is gravely ill. The doctor doesn't know if she'll survive"
K " then maybe when she faces God she will find mercy"
The two of them go to Leandros house to tell him.
Haldane" but why Major?"
K " he is jealous of you. But the real reason for all this lies with Katerina Matakis and the past , of that I'm sure. "
Katerina is in bed, staring straight ahead, eyes blinking, but no other movement. The doctor says to Annika,
D " she can see and hear, but that is all, total paralysis. She will remain like that until she dies"
A " how long doctor?"
D " I cant say. Days, weeks, months, a year at most. I'm sorry".
Annika goes down stairs to the drawing room. Putting away some sheets of writing paper left on the bureau, she notices a small strong box hidden in the drawer..a key is located in another drawer. Puzzled she opens the box and takes out three envelopes, letters sent from England from Leandros in 1944 to her sister Malina.
Last edited: Jul 10, 2018
M

Annika shows them to Babis in his office in town.
A " you knew about them?"
B " yes, when Leandros came back to Crete he told me he wrote them, but I could not tell him why Malina never received them. Now I know. Your mother intercepted them"
A " did Malina love Leandros?"
B " yes, and he loved her. Now you know why Elena meant so much to him. But Annika there's other things you must know, about your mother"
Almost dark and Babis meets Leandros at the bottom of the mountains. He hands him a rifle.
H " thanks Babis. I'm going alone this is my vendetta"
B " remember Matheos has his brother with him, he is a wild one. Take care."
Up in the mountains a shot is heard. Matheos and his brother stand over a man they've just shot in cold blood.
Later Babis is with the villagers, all are armed at the foot of the mountains. The legendary wartime Andartes are together again with a job to do.
Babis" news has come through that our comrade Yorges Kalaris has been murdered by the Noukakis brothers. It is now our vendetta too. We will go into the mountains to help Leandros"
Police vehicles turn up,out steps Major Krasakis.
K " I can't let you take the law into your own hands. Don't force me to go against you Babis. You of all people must know if I allow mob rule then anarchy will surely follow"
B " the Noukakis brothers are near Hellion"
K " yes I know, you are not the only ones with eyes and ears all over Crete, how do you think I knew of this gathering. Thank you for telling me anyway"
B " can we go with you Major?"
K " okay, but under my command is that clear?"
All head off into the mountains.
More shots are heard. Matheos has spotted Leandros and is taking shots. Leandros dives for cover and fires back.
Another shot, Leandros is hit and falls. Matheos and his brother stand over him ready to finish him off. A shot rings out, Matheos falls, Major krasakis to the rescue.
Later both Leandros and Matheos are carried down on stretchers , Georgiou arrested.
Last edited: Jul 15, 2018
M

Annika is upstairs in her mother's bedroom. Katerina paralyzed in bed.
Annika opens her handbag and takes out the letters ,crunches them into a ball and hurls them at Katerina. She rips into her mother, shouting and SCREAMING
Annika " I should love you but I can't. I should pity you but I can't. PEOPLE HAVE DIED BECAUSE OF YOU, INCLUDING YOUR OWN GRANDDAUGHTER AND GREAT GRANDSON , YOU'RE A MURDERESS. Okay your hand was not the one that took their lives ,BUT YOU ARE RESPONSIBLE.
You kept those letters from Malina, not out of love for her, but out of hatred for the Englishman she loved. YOU DID HER A GREAT HARM. LEANDROS DIDN'T DISHONOUR HER. YOU DID!!
And why? WHY ANY OF IT? BECAUSE OF YOUR BIGOTRY AND HATRED OF ALL THINGS FOREIGN. You caused so much unhappiness, AND YOU KNEW THAT!
It was your guilty secret that you bore for thirty years. YOU ROBBED MALINA OF THE HAPPINESS SHE WANTED. YOU EVIL TWISTED WOMAN. When Leandros returned to Crete and you saw I loved him as Malina had done, this you could not bear You knew if you told me the truth I would turn against you and rightly so. So you twisted your guilt into a cloak to place on Leandros shoulders, HIS PUNISHMENT TO BE YOUR ABSOLUTION.. You also did Elena a great wrong. She longed for a father. YOU KNEW THAT AND SAID NOTHING. Well mother how do you enjoy your handiwork now, what is your burden of guilt like?"
Annika has had a framed photo in her hand during this tirade which she got from the drawing room. A photo of Alexis, Nikos and Elena smiling in pose.
A" you have lost the love of your son mother, and now me, you will never see me again. AND I TAKE FROM THIS HOUSE MY INHERITANCE.HATRED HATRED OF YOU! AND I KNOW HOW TO USE IT. FOR AM I NOT YOUR DAUGHTER? LOOK AT THESE SMILING FACES ELENA NIKOS ALEXIS.And you must look at them mother, for you cannot move. LOOK AT THEM EVERY DAY AND PRAY YOU DIE SOON! AND THEN YOU WILL BE NOTHING MORE THAN A STENCH IN THE NOSTRILS OF GOD!! REMEMBER THAT WHEN YOU STAND BEFORE HIM"
Annika in an act of cruelty puts the picture on the cupboard opposite the bed in such a way as to be in Katerina's line of sight, she then leaves the room. A minute or so later she returns with the nurse.
A " this picture, leave it here always, in this precise position, so my mother can see it. It brings her such comfort!!"
At the hospital Leandros is recovering, Annika at the bedside holding his hand.
A " it's okay Leandros I know everything. But that is the past, the future is about us, our happiness, together for always"
THE END
PREVIOUS EPISODE
https://www.imdforums.com/threads/who-pays-the-ferryman-ep7-a-river-to-cross.5090/
Last edited: Jul 15, 2018
M

If anyone wants to watch the incredible ending, when Annika tears into her mother, it is located 41 minutes into the last episode. I've done these reviews mostly from memory , hopefully though I've captured the essence of that particular scene, if not every word verbatim.
M 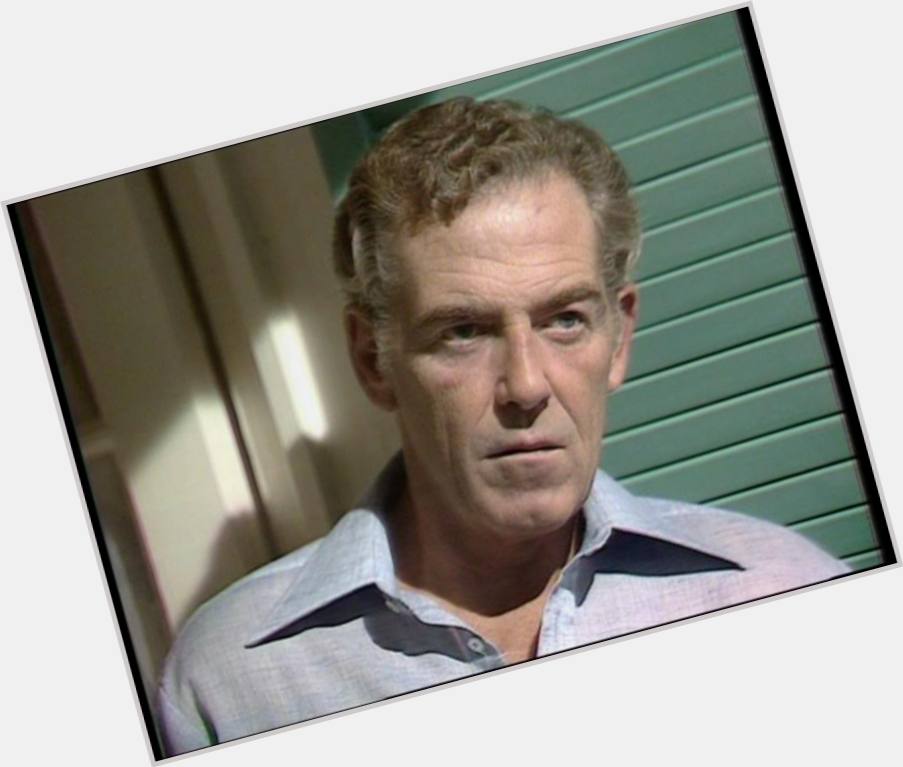 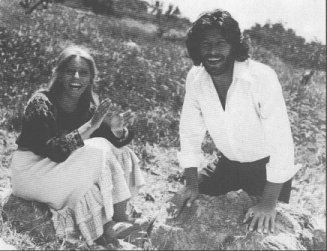