Well, BLAKE'S 7 wasn't using any of those characters or plot points anymore...

Staff member
VIP
Con Man is an American comedy web series created, written, directed by, and starring Alan Tudyk. The series follows cult science fiction actor Wray Nerely (Tudyk), as he tours the convention circuit. Tudyk, one of the stars of the 2002 science fiction TV show Firefly, based Con Man loosely upon his own experiences. The series is co-produced by PJ Haarsma and by Nathan Fillion, who also co-stars in it. Crowdfunded through Indiegogo, Con Man set records for crowdfunding a web series by raising more than $1 million in 24 hours and more than $3.1 million overall.

The series premiered on September 30, 2015, on Vimeo, with the first season consisting of 13 episodes. The second season premiered on December 8, 2016 on Comic-Con HQ, Comic-Con's subscription streaming video service and consisted of 12 episodes. In 2017, the series was acquired by Syfy and had its television debut on September 9, 2017, where the episodes were combined to produce half-hour installments for airing.


The new Firefly comic book series is coming from Boom! Studios and it will explore the Unification War and what the characters like Malcolm Reynolds and Zoe Alleyne Washburne experienced during those battles!

It's cool that we are going to get stories that will dive into the history of the war that took place between the Alliance and the Independents. Which, as you know, is the war that Mal and Zoe fought together on... on the losing side. It's those experiences they had that defined their characters throughout Firefly’s run.

Mal Reynolds (played by Nathan Fillion in the original series) always saw the space-faring life as an escape from his past battles, but the new series will find him and his loyal second-in-command Zoe (originally played by Gina Torres) hunted by Unificators, mercenaries deputized to hunt down war criminals.
The comic is being written by Greg Pak (World War Hulk) with art by Dan McDaid (Judge Dredd). Joss Whedon will also be helping out as a consultant. In a statement, he previously said:

"It’s high time we got to see the full story of Mal and Zoe’s meeting and mission in the War of Unification — the good and bad that the pressure of war brings out in them, and the unforeseeable consequences."
Pak goes on to talk about the story, saying:

"Our story will reveal key experiences for Mal and Zoe during the Unification War that you’ve never seen before. And we’ll introduce entirely new corners of the star system with characters, organizations, and subcultures that are absolutely true to all the world-building you know but absolutely brand-new at the same time."It’s a huge tribute to the creators of the original show that their rich, intriguing world and hilarious, compelling characters could inspire so many additional stories. We’ve gotten the incredible go-ahead to do something particularly special in this new series — we’re digging deep into the Unification War, the galaxy-shattering event that shaped so many of our central characters. Many of the show’s central themes revolve around the way everyday people handle the threat of tyranny, the trauma of war, and the danger of falling into villainy when resisting a world run by villains. We’re getting the chance to reveal essential truths about our heroes’ pasts and put them through experiences in the here and now that they’ve never fully dealt with before. As a fan of the show who adores these characters, I can’t wait."
Boom! Studios will also be publishing a series of Firefly Legacy Edition collections, which will be a reprinting of the Dark Horse Comics Firefly stories.

Firefly #1 goes on sale in November

During The Film Society of Lincoln Center's Q&A, Joss Whedon talked about his short-lived TV show "Firefly", continuing the project with the film "Serenity", and the future of the story. About the film: Shakespeare's classic comedy is given a contemporary spin in Joss Whedon's film, Much Ado About Nothing.Shot in just 12 days (and using the original text), the story of sparring lovers Beatrice and Benedick offers a dark, sexy and occasionally absurd view of the intricate game that is love.
Click to expand... 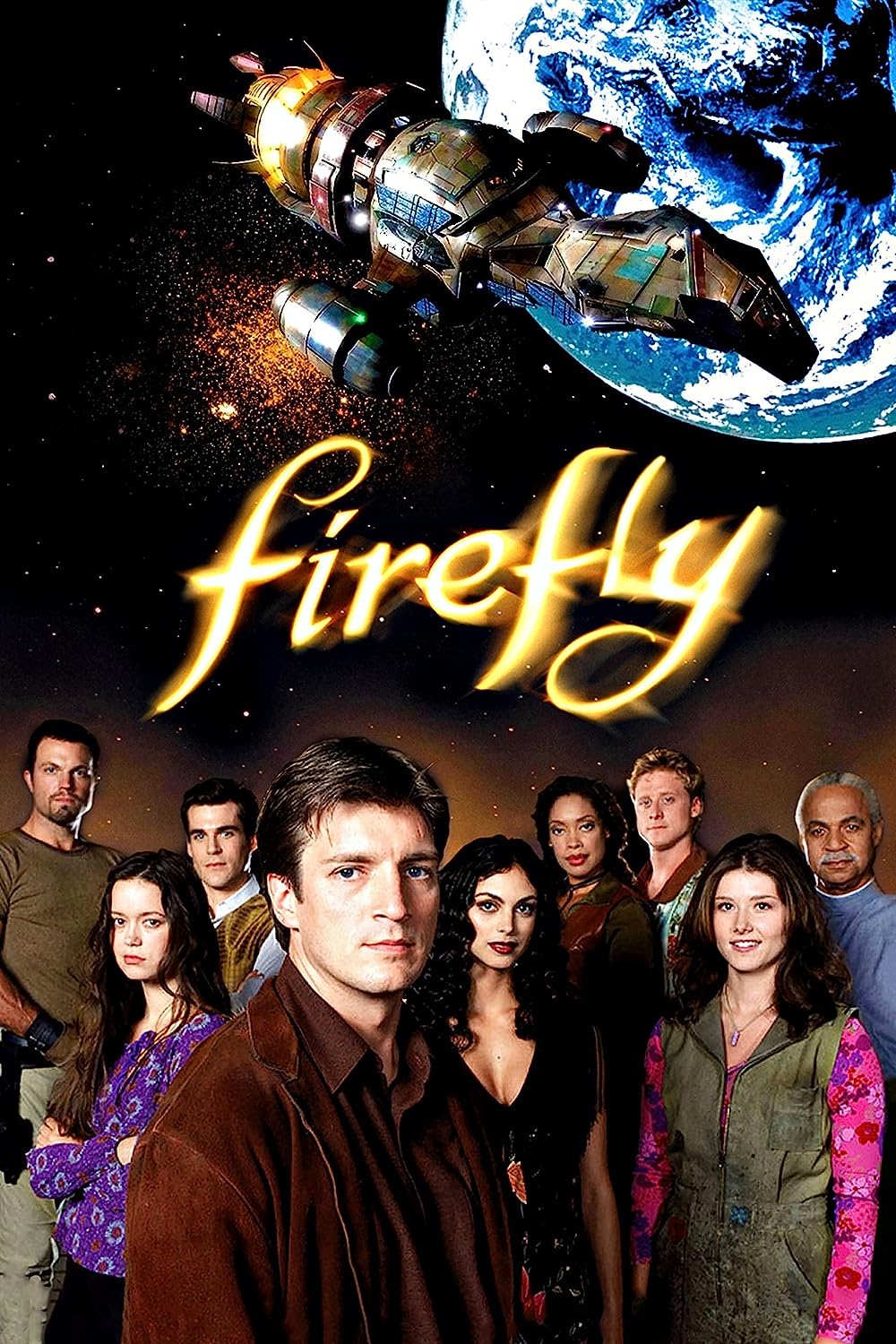 Firefly: Created by Joss Whedon. With Nathan Fillion, Gina Torres, Alan Tudyk, Morena Baccarin. Five hundred years in the future, a renegade crew aboard a small spacecraft tries to survive as they travel the unknown parts of the galaxy and evade warring factions as well as authority agents out...