Review Harry Potter and the Order of the Phoenix (2007)

With their warning about Lord Voldemort's return scoffed at, Harry and Dumbledore are targeted by the Wizard authorities as an authoritarian bureaucrat slowly seizes power at Hogwarts.

HARRY POTTER AND THE HALF-BLOOD PRINCE.....

HARRY POTTER AND THE GOBLET OF FIRE.....

I absolutely love this movie, which surprised me because I hated Harry in this novel. The movie gives you the bare bones of what's going on with him, with the visions of Voldemort, his feeling of isolation because of it and abandonment because everyone he thinks to be his friends are making plans and doing things without telling him, and he's fifteen, which means that he's a hormonal teenager with a crap home life and he lashes out. But in the book, Harry is written so much more whiny, and just comes off completely childish at times. Radcliffe portrays Harry with more sympathy than is given in the book.

The movie is so well shot. It has an almost dream-like, surreal feel to most of it. The use of Dutch angles is almost too much, but it does add to the atmosphere. It was certainly the darkest HP film up to that point. The one thing from the book that I wish had been left in was the scene during his lessons with Snape, where he sees Snape's memories. The scene is more coherent, and goes into more of Snape's history with Lily and Petunia. There's also a scene where we see more of James and his crew torturing Snape, with James even endangering his life, which leads to Lily chastising Snape and him calling her a mudblood. It allows Harry to see that his dad wasn't the saint he has been taught he was.
E

I think this might be the most underappreciated of all the HP films. It's broody and even edgy at times and does a really good job of condensing what was (then) the longest book into the shortest running time (unlike the first two entries in the series). Daniel Radcliffe did put a lot of energy into conveying the emotional development of Harry; Imelda Staunton was brilliantly icy and Snape got more screen time. Arguably, the best film in the franchise, imo. 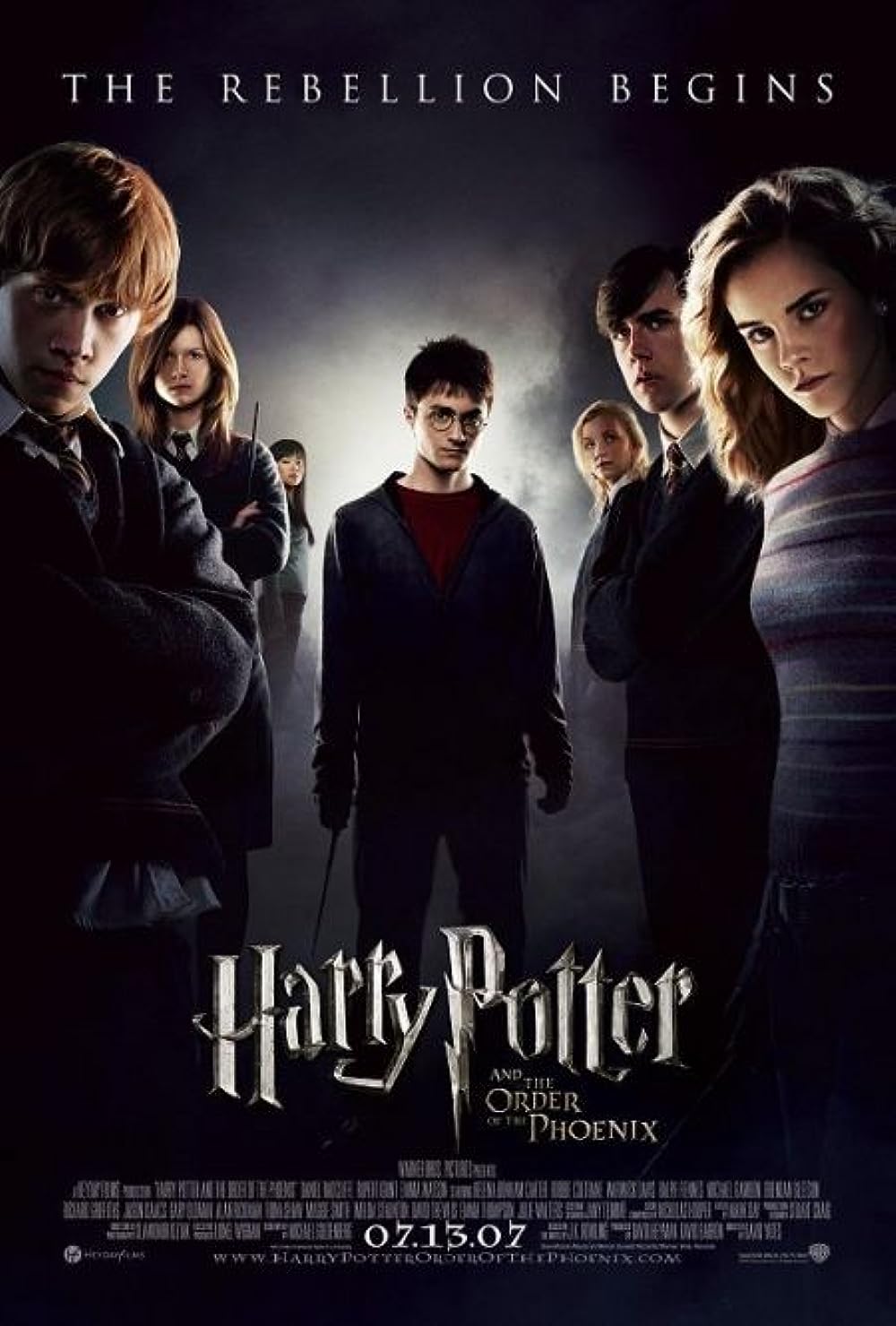 Harry Potter and the Order of the Phoenix: Directed by David Yates. With Daniel Radcliffe, Harry Melling, Jason Boyd, Richard Macklin. With their warning about Lord Voldemort's return scoffed at, Harry and Dumbledore are targeted by the Wizard authorities as an authoritarian bureaucrat slowly...

Mark Kermode Reviews Harry Potter & The Order Of The Phoenix