I remember we used to keep catching bits and pieces on TV, but it was always on too late. (7:00 bedtime, YUCK!) I didn't see the full movie until probably 2003-4. I guess I'm the minority in that I don't think the runtime is too long. You can never spend too much time at Hogwarts in my opinion! Watching it today, it's still great but some of the humor and special effects haven't aged too well.

Carol said:
And WTF with book-burning? There appear to be some anti - "Satanic" Americans who could usefully spend quality time with the back-catalogues of both Hammer Studios and Roger Corman before they hedge their bets.
Click to expand...

I think I can explain this pretty well since my best friend's family was anti-Harry Potter. My mom was too, until she realized that nothing was going to stop me from liking it. (I'm sure she feels foolish now that she sees I didn't grow up to be a warlock.) Apparently the main reason people think Harry Potter is evil is not only because of the magic and sorcery but because it's so popular among children. They think Harry Potter teaches kids that witchcraft is good and then they'll want to start practicing it. I actually got my friend to read the first book at a sleepover. He told his parents it "wasn't that bad" but I always had the feeling he got in trouble for reading such a witchcraft-supporting book. This family pissed me off so much because they let their kids do other stuff like read Percy Jackson (promoting Greek gods) and play Spore (promoting evolution). I never understood what made Harry Potter so much worse.
TLDR: It makes kids think witchcraft is cool

RepairedSpace06 said:
This family pissed me off so much because they let their kids do other stuff
Click to expand...

When I was a young lad, I had a good friend (who later turned out not to be a good friend, but that's another story) who I spent most of my time with. We read comic books, played with Star Wars and G.I Joe figures, wrote short stories, recorded our own radio programs, and every year, went trick or treating. Then, suddenly, his parents became born again, and suddenly Halloween was evil. When we got to put on our costumes at school and do the costume parade (K-12th was all in one building - small town - so the kids would walk through the older kids' classes and show off their costumes), he and his sister would dress like someone from the Bible. There were only two years left of this, so one year he was a shepherd, and the other I think he was Moses. He and I would suddenly have terrible arguments because he was being swayed by his parent on topics that we had once seen eye to eye on.

I did work with a guy who was very religious, and he used to question my love of Harry Potter. He bought into all of the Xtian hype, believing that there were real curses and spells being taught to kids, and that they would turn kids away from Christ and into witchcraft or satanism. 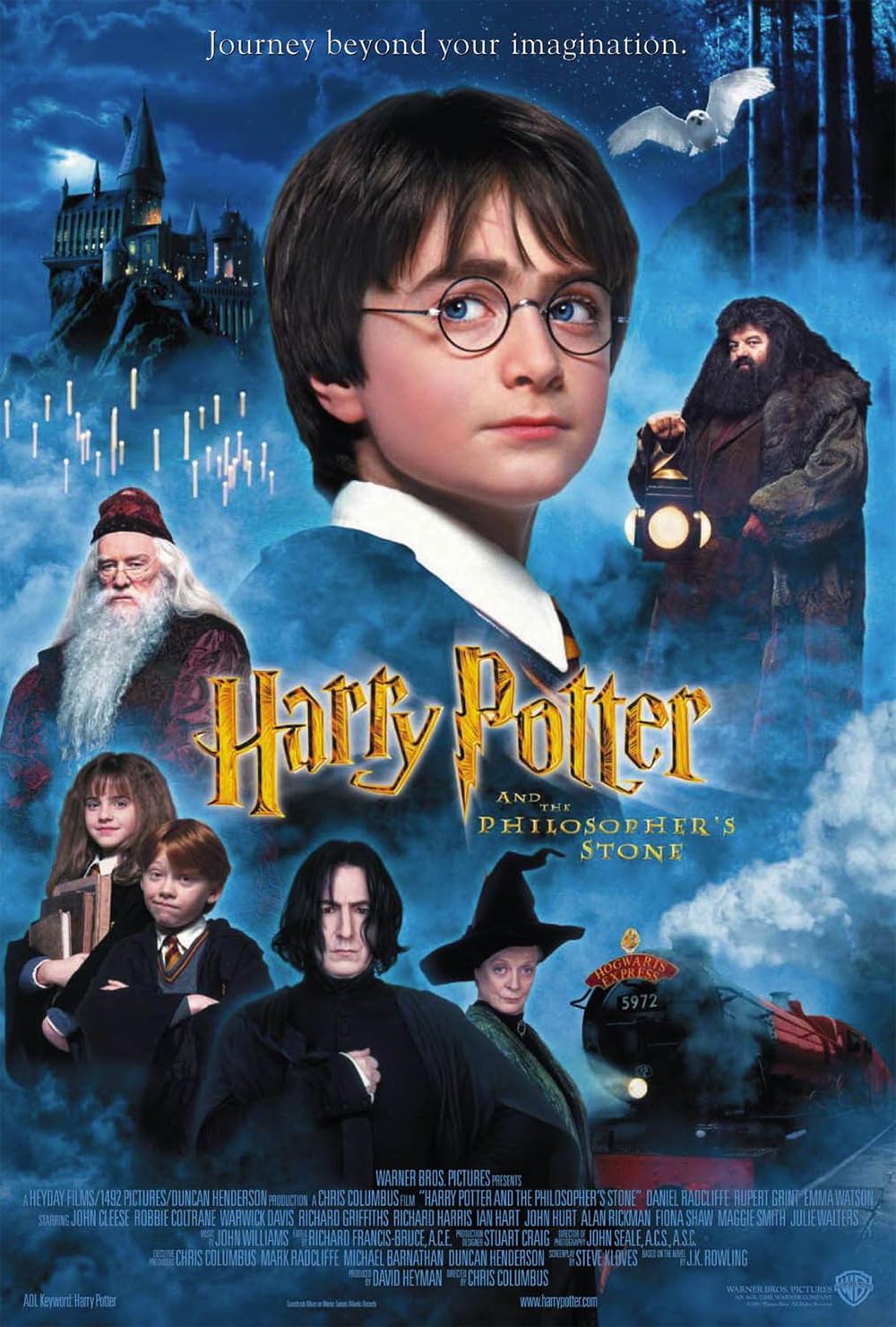 Harry Potter and the Sorcerer's Stone: Directed by Chris Columbus. With Richard Harris, Maggie Smith, Robbie Coltrane, Saunders Triplets. An orphaned boy enrolls in a school of wizardry, where he learns the truth about himself, his family and the terrible evil that haunts the magical world.