Kinvig is a sci-fi comedy television series made by London Weekend Television in 1981.

Des Kinvig (Tony Haygarth) runs an electrical repair shop in the small town of Bingleton. One day his store is visited by Miss Griffin (Prunella Gee), who is from the planet Mercury and in need of Des' help. Kinvig's friend Jim Piper (Colin Jeavons) is a lifelong UFO watcher and is consumed by jealousy when he discovers that Kinvig has encountered extra-terrestrials. It is left intentionally ambiguous whether Kinvig's experiences with aliens are real or the product of an overactive imagination.

The show was produced by LWT, and only ran for one series of seven episodes. It was written by Nigel Kneale (more famous for Quatermass), directed and produced by Les Chatfield, with original music by Nigel Hess.

Around the time of original transmission, Kinvig was positively reviewed by The Times, the preview stating that "Cast splendid, direction deft".[1] However, to later TV historians, Kinvig is not considered to be one of Kneale's better productions. The Guinness Book of Classic British TV claims that apart from Jeavons' performance, Kinvig was "a huge disappointment".[2] Peter Nicholls also criticised the program, saying the scripts "lacked the precision required for decent farce". Nicholls also noted that some viewers objected to Kneale's depiction of science-fiction fans as being the same as UFO enthusiasts, and states Kinvig is notable for its "contemptuous treatment" of the leading characters. [3] Science fiction historian Brian Stableford dismissed Kinvig as "very silly" and echoed Nicholls' criticism of the show, calling Kneale's script "ignorant" for implying that all science fiction fans are also obsessed with UFOs.[4]

Staff member
VIP
This was all born out of Nigel Kneale attending his one and only science fiction convention in Brighton.

He was horrified and appalled at the people attending: i.e. his fans - and saw the cos-playing of that time as an insane thing to do. "Just awful, awful people.".

So he thought he would write a sci-fi sitcom about them, making a huge assumption that they were all also UFO enthusiasts and waited for a comedy hit.

He was also unhappy at how the production team realised it. His intention was that all the UFO encounters Kinvig had with aliens were the hallucinations and daydreams of Des Kinvig himself.

The production team took the approach that maybe it was really happening, and leaving it up to the viewer to decide, which Kneale had not intended at all.

No second series. No spin offs. No cinema adaption.

And yet it could have been something special, given Kneale's undoubted - if somewhat arrogant - talent. If only he had taken a less contemptuous approach.

The only sitcom to come from the pen of much-respected screenwriter Nigel “Quatermass” Neale, Kinvig isn’t regarded with much fondness in hindsight, despite a contemporary review from The Times preferring its “relaxed wit”, “deft direction” and “splendid cast” to the “tiresomely hysterical” realization of The Hitchhiker’s Guide To The Galaxy.

Following Neale’s move out of the BBC where he’d written a great many popular series including several Quatermass stories, The Stone Tape and The Year Of The Sex Olympics, Kinvig was produced for LWT, where it ran for a single series. It was a sci-fi spoof, the story of Des (Tony Haygarth), an unmotivated electrical repairman who—depending on your interpretation—either becomes involved in fixing the spacecraft of a band of stranded aliens from the planet Mercury led by Prunella Gee’s Miss Giffin (barely dressed in a series of revealing space-leotards), or has a seven-episode hallucination of the same inspired by his interest in UFOs.

Some have touchily interpreted the comedy as Neale’s swiping at UFO conspiracy theorists and sci-fi fans, with whom his BBC work would presumably have brought him into contact. To watch it now, it’s an interesting, low-key and low-budget relic of the time, by no means terrible, but a difficult one to warm to. Neale’s reputation as Mr Popular Television and the creator of some sci-fi classics however, remains unblemished. 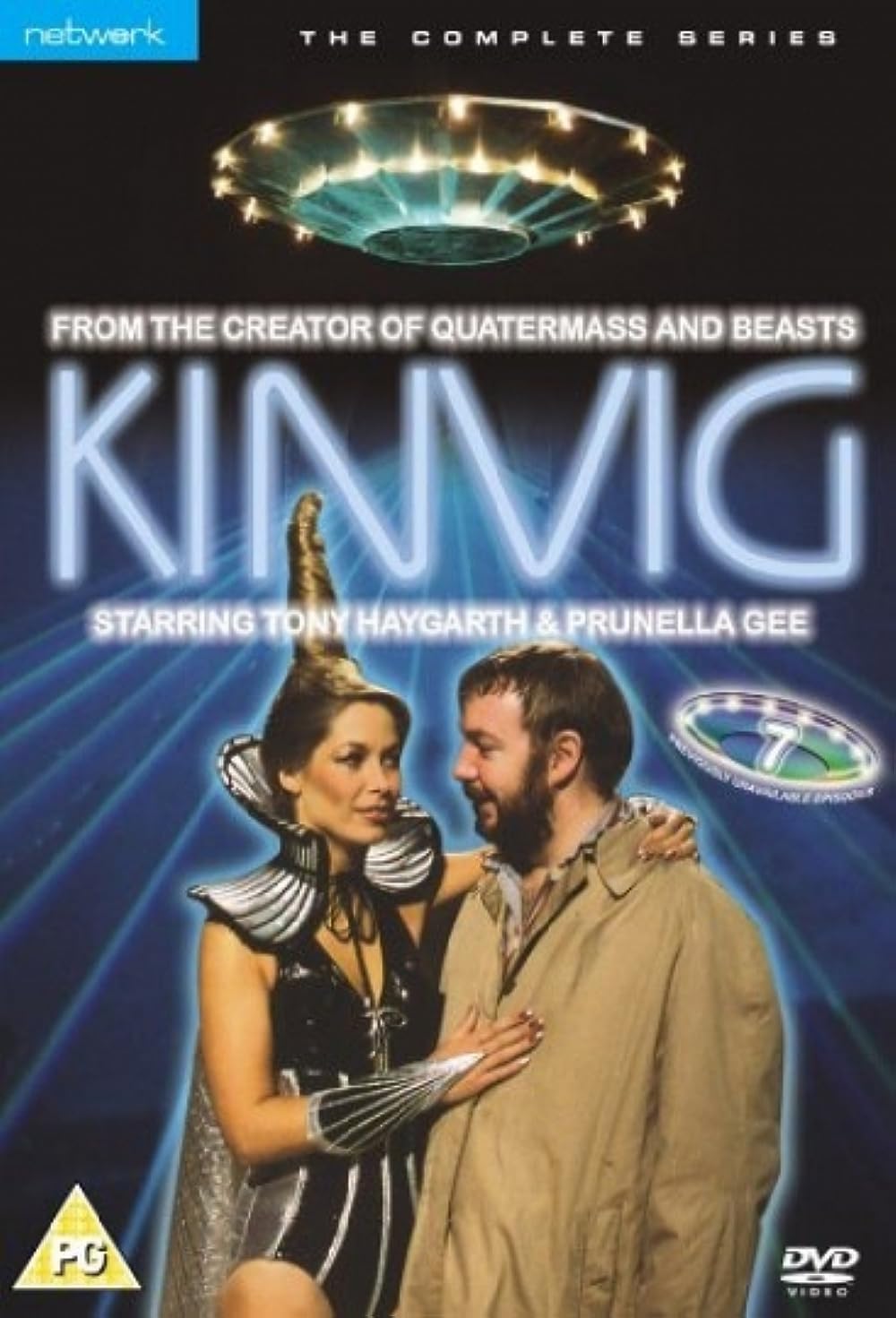 Kinvig: With Tony Haygarth, Patsy Rowlands, Prunella Gee, Colin Jeavons. Lazy, unambitious repairman and UFO enthusiast Des Kinvig encounters a spaceship captained by the beautiful Miss Griffin from Mercury. Or is it all just the fantasy of a man having a quiet breakdown?