The Day of the Triffids is a 1962 British science fiction film in CinemaScope and Eastmancolor, produced by George Pitcher and Philip Yordan, directed by Steve Sekely, that stars Howard Keel and Nicole Maurey. The film is based on the 1951 novel of the same name by John Wyndham. Day of the Triffids was released in the UK by the Rank Organisation and in the US by Allied Artists.

Although the film retained some basic plot elements from Wyndham's novel, it was not a particularly faithful adaptation. "It strays significantly and unnecessarily from the book and is less well regarded than the BBC's intelligent (if dated) 1981 TV serial".[2] Unlike the novel, the Triffids arrive as spores in an earlier meteor shower, some of the action is moved to Spain, and the important character of Josella Playton is deleted. Most seriously, it supplies a simplistic solution to the Triffid problem: salt water dissolves them, and "the world was saved". This different ending appears to be closer in tone to the ending of The War of the Worlds than Wyndham's novel. The invading aliens succumb to a common substance on Earth, as do the Martians when they die from bacterial exposure, and both film's end on a religious note (which is quite unlike Wyndham). This ending was also used with similar effect in M. Night Shyamalan's science fiction invasion film Signs (2002).

Simon Clark, author of The Night of the Triffids stated on interview: "The film version is enjoyable, luring the effective looking Triffids away with music from an ice-cream van and some other good action scenes. The Triffids' death-by-seawater climax is weak and contrived though. But it would still rank in my all-time top 100 films".[3]

Halliwell's Film Guide claimed the film was a "rough and ready adaptation of a famous sci-fi novel, sometimes blunderingly effective and with moments of good trick work".[4]

It is this version of the film to which the song "Science Fiction/Double Feature" (from the 1973 play The Rocky Horror Show) refers, in the lyric: "And I really got hot when I saw Janette Scott fight a triffid that spits poison and kills..."

In January 2014 it was announced that a remake was in the works and would be directed by Mike Newell.[As of February of 2018, nothing more has been announced about this remake.

First saw this as a kid and it was cheesy and silly to me then but I enjoyed the concept.

Nice as a slice of nostalgia, but not recommended if you want a good adaption of the book. 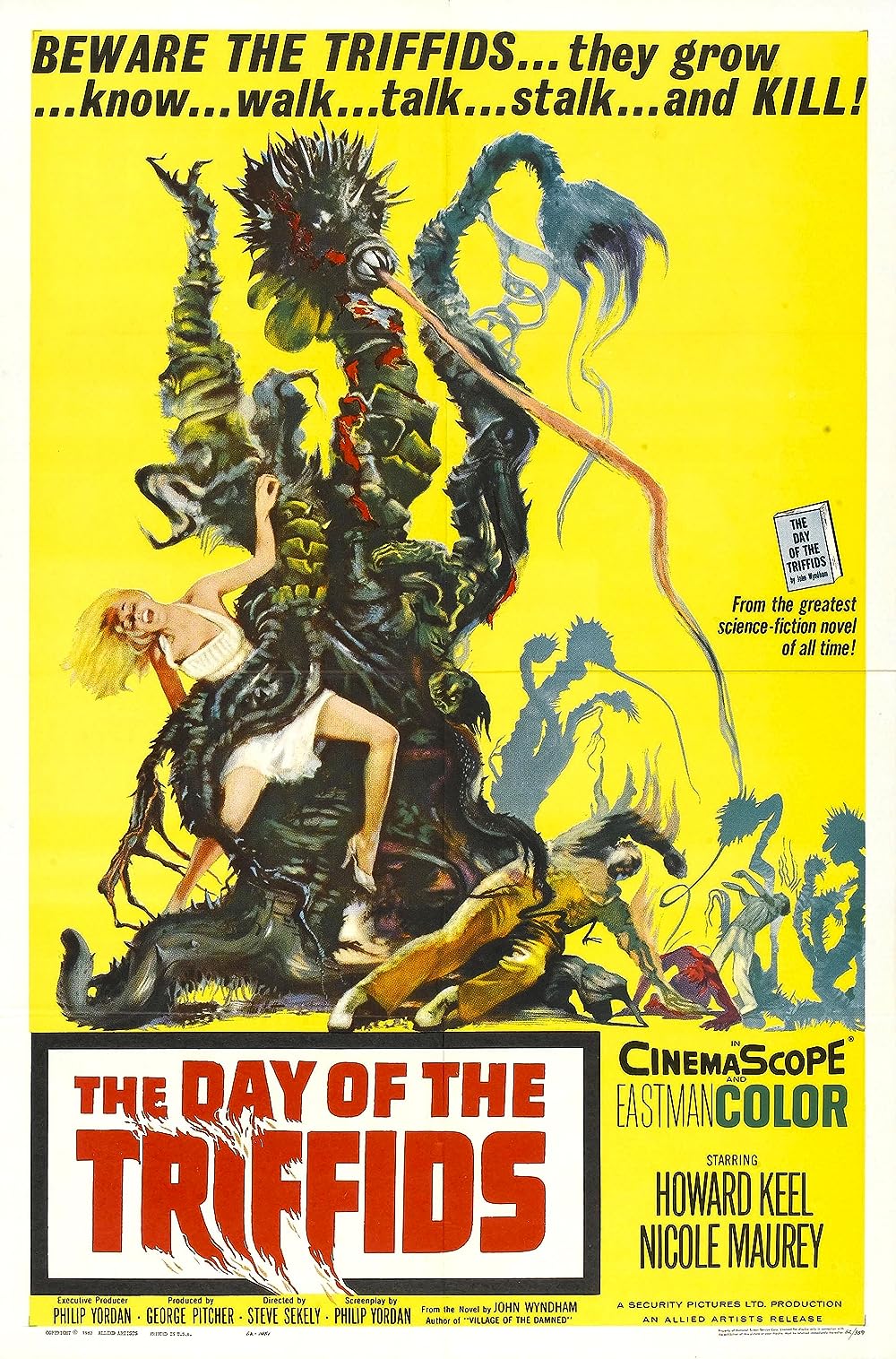 The Day of the Triffids: Directed by Steve Sekely, Freddie Francis. With Howard Keel, Nicole Maurey, Janette Scott, Kieron Moore. After an unusual meteor shower leaves most of the human population blind, a merchant navy officer must find a way to conquer tall, aggressive plants which are feeding...