Sorry, I couldn't hear what you said... 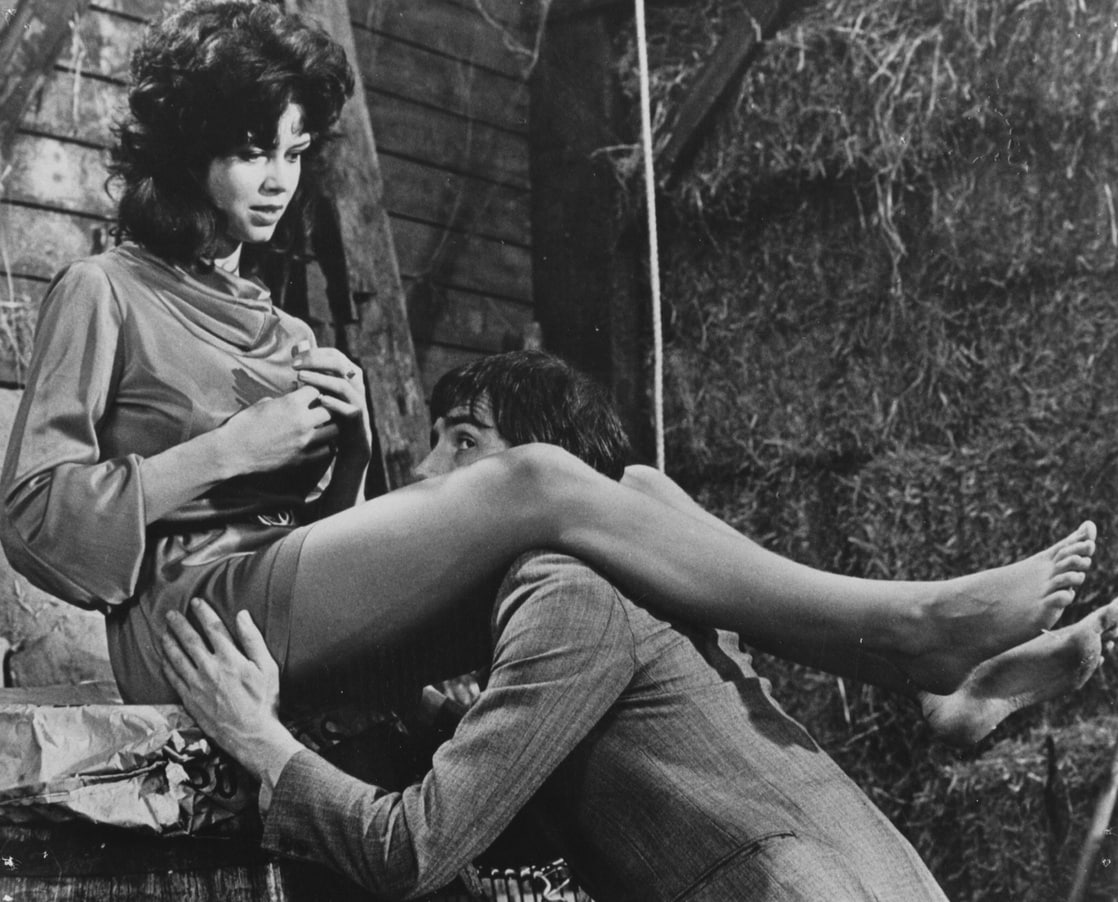 I have this gem of a film and who wouldn't want to be where Richard O'Sullivan is in that picture?

I remember white undies being seen too!

The weird way that guy walks around the control room was good!

A few years back when going through the series I decided, probably out of curiosity or boredom, to list the 16 important characters IMO and tick off their appearance in every episode they were in, including stock footage. I think I was pretty accurate, it differs slightly from the official numbers given.
Anyway, here they are , Our UFO Heroes.
Ed Straker 26 eps. 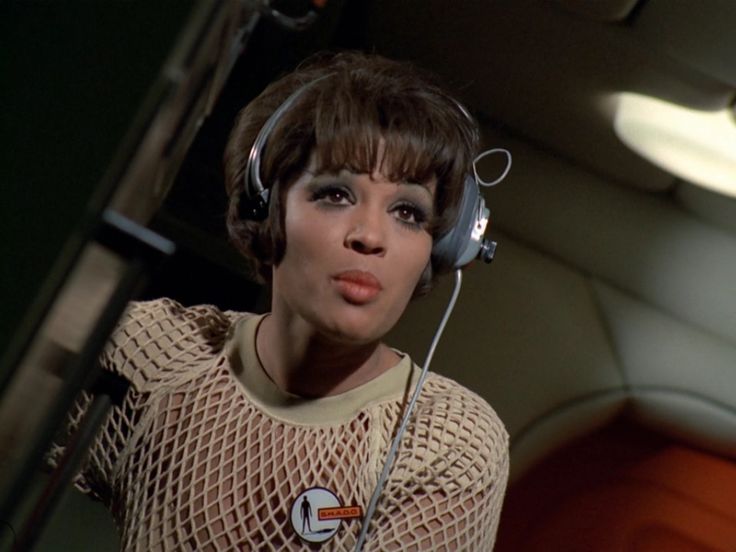 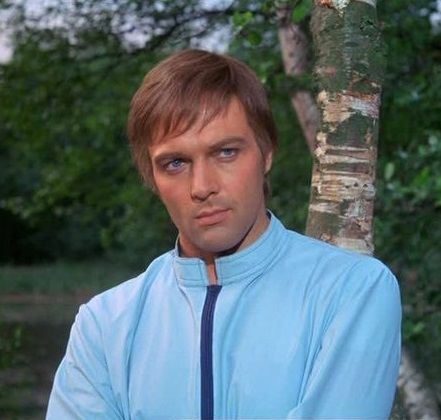 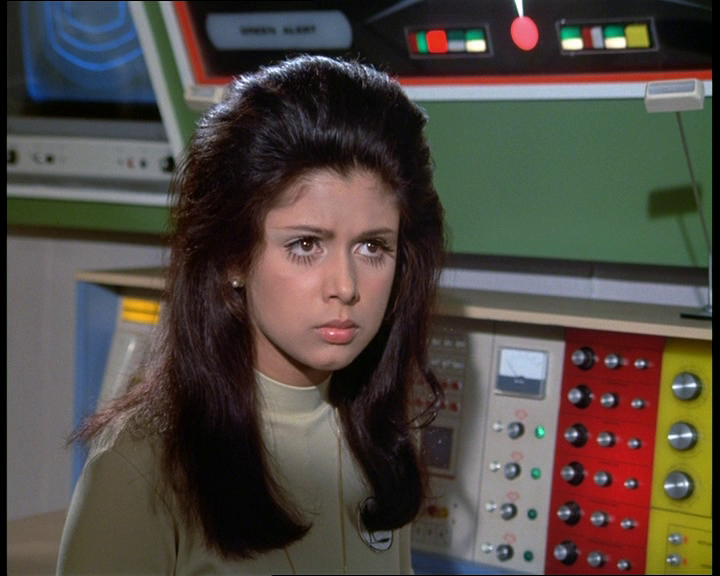 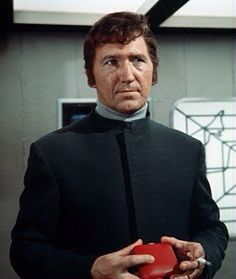 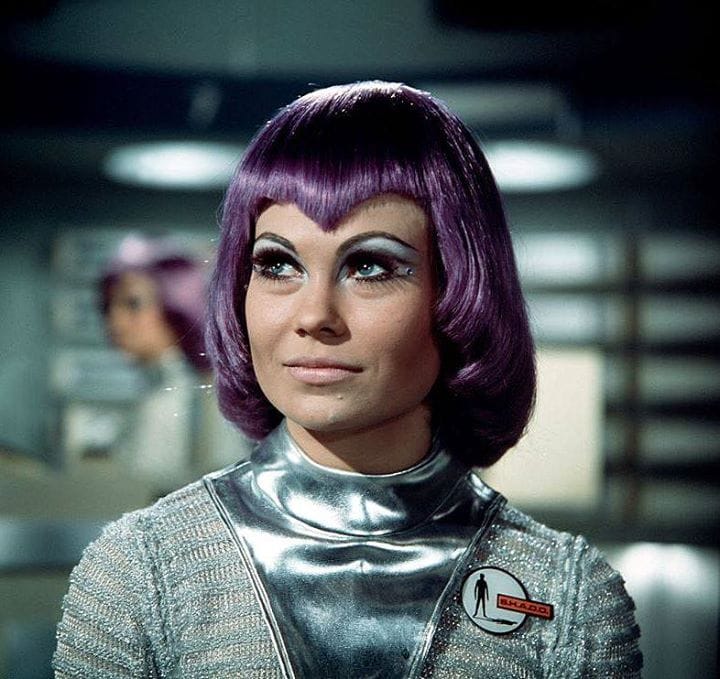 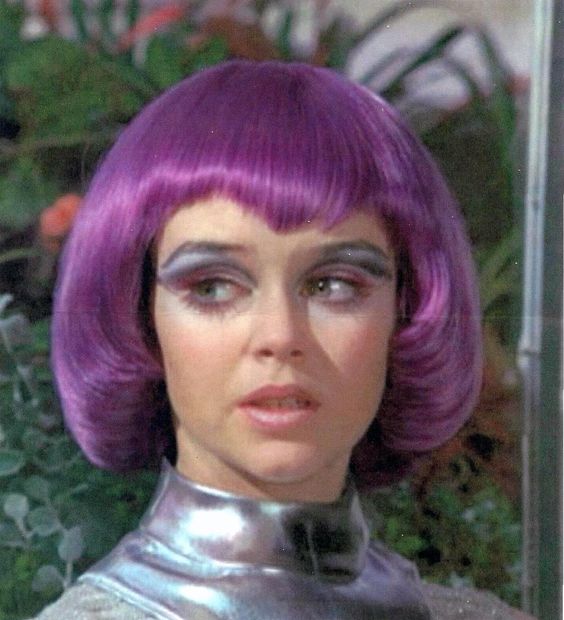 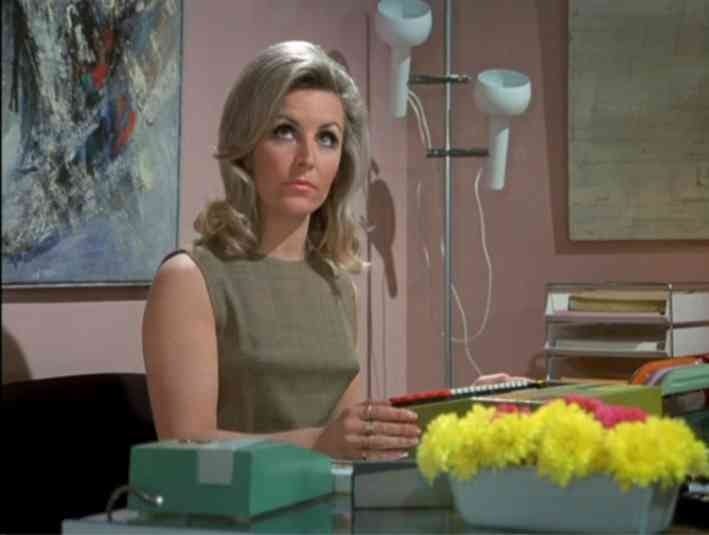 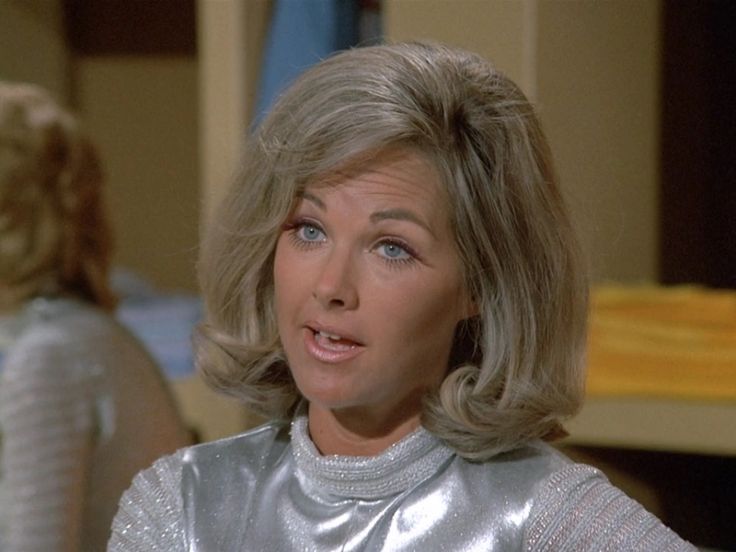 This is the latest DVD box set, available in UK, cheap and easily found. Actually the packaging is appalling, the inside sleeve is blank, with no episode titles mentioned anywhere. The episode order used is the standard one, Elstree eps first then Pinewood, this order I've always hated. I worked out my own one, based on many factors, too numerous to go into. This is my recommended order.

I'd always put Survival closer to Exposed, maybe after Conflict or before but not that late into the series!
JB

Here's some of my reasoning for my preferred episode order.
Firstly it was never intended to have the Elstree episodes first, then the Pinewood ones. The very first transmission saw the episodes mixed together. About six main characters didn't reappear for the Pinewood ones, I believe they were asked back, but the actors were unavailable after having found other work in the hiatus between the two recording blocks. The exception was George Sewell who wasn't asked back. The six were, Gay Ellis, Joan Harrington, Ford, Bradley, Carlin and Freeman, oh seven, Lou Waterman too.
No explanation was given for these characters disappearing within the show so therefore the idea must have been ,these characters didn't go anywhere just weren't in some stories, maybe off duty, or on leave.
So for my order, the first Pinewood episode I've got is Man Who Came Back, reintroducing Virginia Lake as Moon base commander, subsequently Straker's number 2. Foster breaks some ribs here, ruling him out of the next
episode. After Foster's induction in Exposed I've got him absent for the next one, away training? Straker's claustrophobia puts Sub -Smash before Reflections as he is okay in the latter.
Confetti Check I always like before Question of Priorities, as we get some element of mystery about the outcome of Straker's marriage, not possible the other way round.
Saved a good episode for Freeman's finale, Kill Straker, which mentioned a plan for new automated moonbases , which we never saw, so this makes sense as a later episode. The disappointing episodes close up and Responsibility Seat I've " lost" among better ones.
Also Cat with 10 Lives was ridiculously originally placed as ep three, this must be a later story given the earth shattering discovery about the aliens.
And I also placed Dalotek early because of Foster's sideburns and his womanising!!, before we saw him steady in Survival, which I'm now going to put earlier JB! He dumps her in Survival doesn't he? Free to chase Virginia in MWCB!
Anyway that's some of my thinking about the order.
Last edited: Oct 7, 2019

Thanks for the update, Michael!

But being an ITC series it doesn't really matter what order you play them in as no episodes really affect the others except Question of Priorities coming before Sub-Smash or Mindbender unlike the Japanese TV stations!
JB

Some characters only appeared in the Pinewood episodes as replacements for Elstree only ones.
Anouska Hempel as Comms Officer - 4 episodes. 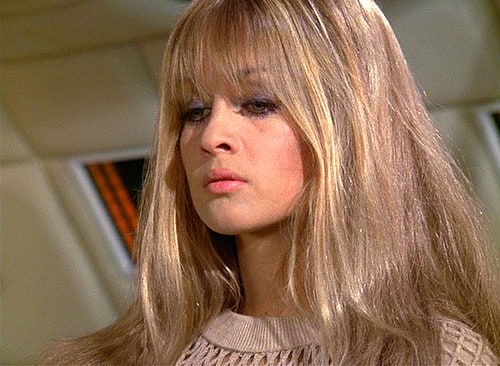 Always wondered if Philip Madoc's two characters were the same guy, which would be ironic if true, Mary Straker enduring a failed marriage to Straker because of his " secret life" fighting aliens, then she marries a naval captain engaged in secret assignments.
Here Madoc as Rutland.

Could well be, Michael, but probably not! He is credited as Steven Rutland in Question and Captain Steven in Destruction, so there is a link of sorts!
JB

Staff member
VIP
This just popped up on PLANET MONDAS.....

I remember when Zavvi had the odd shop or two!
JB 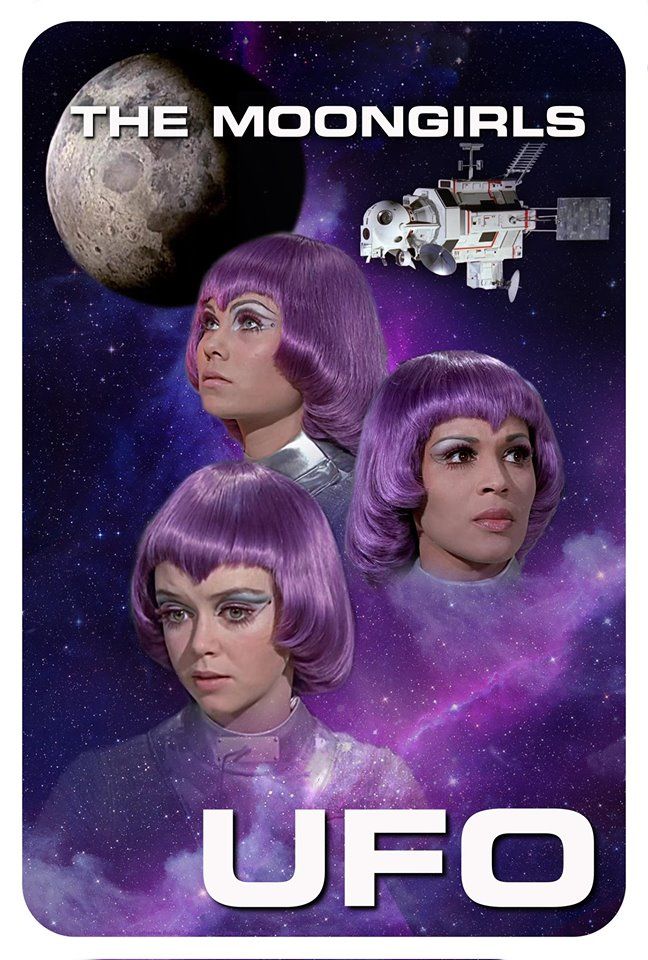 Was the Girls of UFO extra on the Blu any good?
JB

Yes, I feel there is a pressure from others that you join the Blu-Ray dynasty as such but I can't really afford it and couldn't replace my entire collection, apart from the fact that not everything is on Blu and it's not really been perfected yet anyways!
JB